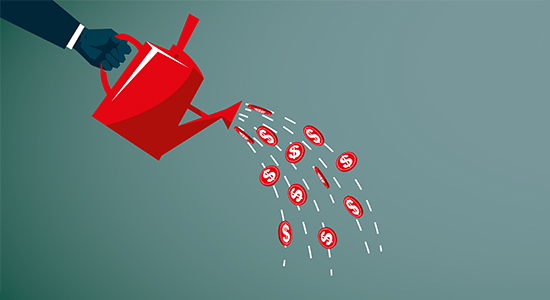 UBS explores secondaries option for maiden fund
With time nearly up for UBS‘s 15-year Archmore International Infrastructure Fund I, the Swiss asset manager has decided to extend the 2007-vintage vehicle, which closed on $1.5 billion in 2008, from its end date of 2022 to 2024.

However, as disclosed last week by the Devon County Council Pension Fund, UBS is also making available an optional liquidity offering for LPs to sell all or part of their holdings in the fund on the secondary market, an option which the Devon pension said it would “monitor closely”.

One of the assets held by the fund is its stake in UK-based Southern Water, which last year pleaded guilty to criminal charges brought against it by the Environment Agency in relation to a series of sewage leakages. Other investments made by the fund include Austrian waste management group Saubermacher and US-based gas-fired plant operator Northern Star Generation.

Are you ready for the SFDR revolution?
Managers beware: the EU’s highly detailed Sustainable Finance Disclosure Regulation is coming into force 10 March. From then onwards, GPs will have to comply with the taxonomy to be able to say they are ESG compliant. Failure to do so will get a manager named and shamed, forcing it to state publicly that it does not consider the impacts of its portfolio on society and the environment, which sounds like a career killer.

“It’s almost revolutionary to have a regulation like this,” Julia Vergauwen, an ESG specialist at Linklaters, tells The Pipeline. The good news? Most large firms have been preparing for SFDR for quite some time and should be ready to comply by 10 March, Vergauwen says. The potentially complicating news? The European Commission needs to address some points regarding SFDR, such as the scope of Article 8, and there is some “nervousness” whether its views will differ from the industry’s ahead of 10 March. If they do, “there will be very little time for asset managers to adapt”, Vergauwen points out, though she is optimistic the divergence won’t be there – or if it is, that the EC can give managers some extra time to adapt.

Here’s hoping that whatever differences may emerge, the EC is a bit more diplomatic than with ‘Vaccinegate’…

The ‘Clean Coal Energy Finance Corporation’?
The SFDR revolution is a long way off Down Under, as the seemingly endless debate over energy policy in Australia took an unexpected twist last week.

With the government trying to pass a bill that would extend the mandate of the Clean Energy Finance Corporation to allow it to invest in gas-fired generation, the junior partner in the governing coalition threw a grenade into the mix.

A National party backbencher unexpectedly tabled an amendment that would see coal, nuclear and carbon capture and storage added to the CEFC mandate, which has now been adopted as official party policy thanks to its leader’s relatively unsteady position.

The government, a Liberal-National coalition, withdrew the bill in response while it decides what to do next. The Nationals’ amendment would put the ‘clean’ in CEFC in doubt – and is a sign that the argument over renewable energy, climate change and fossil fuels is a long way from finding a resolution in Australia.

Infra funds find ‘next thing’ in data centres
“Wow” and “staggering” were the oft-repeated words last week from Andrew Jay, head of data centre solutions, EMEA, at CBRE, as the firm hosted an update on the flourishing industry after a busy 2020.

That’s in no small part due to the role of infrastructure funds in this sector. The growth of the US market was said on the webinar to have been driven primarily by infrastructure investors, while in Europe, the majority of “private equity-owned” projects come from the infrastructure fund market. And for those thinking this area is becoming too concentrated, Europe was said to still be about four years behind the US in terms of growth.

This, of course, brings some fulsome valuations with it. Presenting on the webinar, Colby Synesael, senior equity research analyst at Cowen and Company, noted a rise in valuation multiples from the “high-teens” to the “early 20s” with “infra funds flushed with cash and looking for the next thing”.

“As we expand more in global markets in each asset class area and, faced with ESG index issues, I need a lot more help from global asset owners and GPs.”

Investing in infra coast-to-coast
UK pension pool Border to Coast has announced investments totalling £540 million ($752 million; €621 million) in one UK power plant and five infrastructure funds, spreading its wealth across borders and coasts. It’s doing so through its second infrastructure offering (series 1B), for which it raised £760 million last April from its 10 partner funds and which is now 70 percent committed.

Travel bans for some, not for Border to Coast. 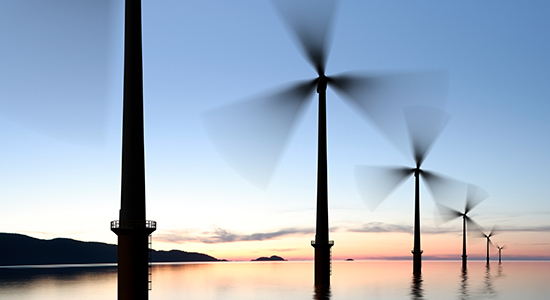 Located in Esbjerg, Denmark, the project will convert power from offshore wind turbines into green ammonia for use in agriculture and shipping, a type of asset known as ‘power-to-X’. Excess heat from the process won’t be wasted either, as it will be used to heat one third of the homes in Esbjerg.

The scheme is expected to eliminate 1.5 million tonnes of CO2 per year and is more evidence of the maturation of new renewable generation technologies, part of the same spectrum that includes the great hope of green hydrogen.

We asked last year whether hydrogen was hype or the missing link in the decarbonisation drive. Could other power-to-X schemes like this also play a major role?

KKR creates Chilean fibre foundation
KKR has plans to take over the largest fibre optic network provider in Chile, after it announced last week a $1 billion acquisition of a majority stake in Telefonica Chile.

Not only does the move land the US-based investment firm a digital footprint in the Chilean market to build upon, but the deal is also creating the country’s first open-access wholesale digital infrastructure network.

In the short term, that will result in expanded broadband coverage from two million Chilean households up to 3.5 million. Over the long run, however, KKR’s expansion plan is to allow for increased competition among Chile’s existing telecom operators as well as to invite new players in the future.