Kids and the future generation

Helping children to adapt in our rapidly changing world begins at birth and continues through early childhood and education for impact strategies. 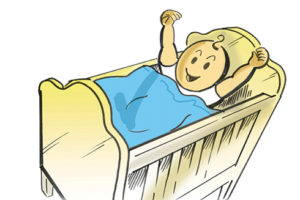 A good example of what can be achieved can be seen in the Open Society Foundations, a network of foundations, partners and projects in more than 120 countries created by philanthropist George Soros. One of the foundation’s main objectives is education for all – promoting child-centred high-quality schooling and teacher training, while seeking to strengthen good governance and accountability across educational institutions and systems. From providing a better future for Syrian refugee children to training early childhood educators in Islamabad and providing legal advice to Roma parents, the foundation takes a broad developmental approach in all its initiatives.

A noteworthy project is Sesame Workshop, an educational programme specifically created to address challenges and the needs of Syrian children now living in Jordan. The programme combines the television show Sesame Street’s expertise in mass media and educational content with the International Rescue Committee’s expertise in conflict and displacement. Now in its third year, Sesame Workshop is expanding to reach children and families through television, mobile phones and direct services in homes and preschools, giving them the skills to succeed in life. Its goal is to reach 9 million children in Iraq, Syria, Lebanon and Jordan over the next five years.

In the UK, the lack of readily available affordable housing remains a problem as private rents continue to rise and sharp declines in affordability are causing homelessness. 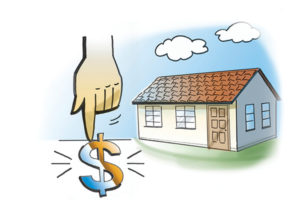 London- and New York-based sustainable and impact investor Bridges Fund Management is one manager that aims to invest around the underserved parts of the UK. The firm’s investments in housing fall under one of its four key investment themes: stronger communities.

Capital from its property funds, which had raised more than £500 million ($629 million; €570 million) as of September, has been invested in developing close to 1,500 homes in Greater London, of which around 40 percent are classed as affordable housing. “What we have been able to do over time is work out ways to structure deals and work with local authorities and reduce costs on the build process so that we can increase the amount of affordable housing within the overall mix,” says James Taylor, Bridges’ head of communications.

One of the firm’s recent investments is helping to regenerate the centre of Croydon in south London with 251 lower-cost residential units, 262 affordable housing units and 13,000 sq ft of commercial ground floorspace at Taberner House.

Bridges also puts environmental sustainability at the centre of its property investments. One of the residential buildings it has developed in Hayes, located in the outskirts of west London, was constructed using cross-laminated timber, which reduces build time and material wastage.

Through Bridges Evergreen Holdings, its long-term capital vehicle, Bridges has also created the Ethical Housing Company, with a goal to acquire a portfolio of between 80 and 100 lower-cost homes in Teesside to rent to people on lower incomes. 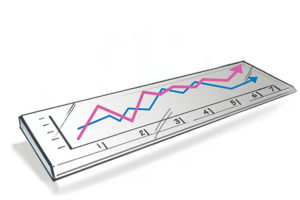 “Investors need to have confidence in a manager’s ability to generate financial returns and its ability to create social and environmental benefit,” she says. “Measuring both sets of outcomes is critical to achieving that.”

The impact investment community has certainly made substantial progress over the past decade in building the frameworks required to measure outcomes. These include the social return on investment, or SROI, framework, as well as work carried out by the Global Impact Investing Network and Impact Management Project. Social impact consultancy Bridgespan and investor TPG Rise, meanwhile, have developed and implemented what they call the Impact Multiple of Money.

“We are now at the point where viable and practical means of measuring impact are in the public domain,” says Stephanie Krater of Bridgespan. “The existence of tools should no longer be cited as a barrier to measuring impact.”

Challenges undoubtedly remain. Despite a proliferation of frameworks for measuring impact, there is still no single common language. Although tools now exist, arguably we have too many. “We haven’t yet got to the point where we have a widely accepted framework such as GAAP in the accounting world,” says Carnegie.

“Investors will eventually coalesce around one framework or another,” adds Vadim Avdeychik of law firm Paul Hastings. “That is what always happens, and it is what is needed for the industry to move forward.”

Meanwhile, some social impacts are simply harder to measure than others – for example, the impact of changing gender norms or the impact of driving civic engagement. And, of course, predictions of impact will always be estimates, just like predictions of financial performance.

“But while there are robust systems for measuring financial performance – standards and actual money to see along the way and at the end – tracking outcomes for people and the planet is complex and expensive,” explains Krater, “Causality is hard to know, and the benefits can take years to materialise.”

The impact industry is still in its nascent stages. Long-term investment horizons mean both financial, and impact, track records are limited. Nonetheless, developing the ability to measure performance will prove critical to the growth of this burgeoning asset class.

Measuring impact is important for the same reason that measuring anything is important – it can prompt action,” says Krater. “In this case, the actions we hope to prompt include allocating capital to higher impact uses and engaging with companies to strengthen the impact they have.”