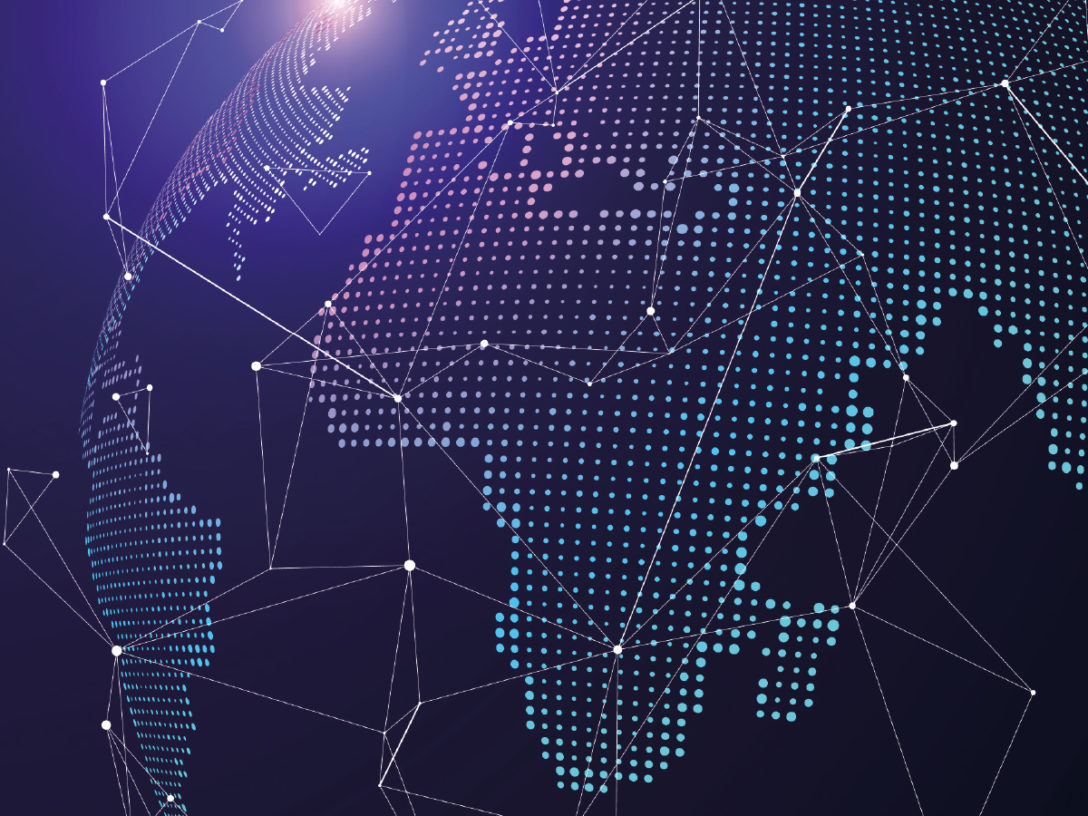 Africa’s digital infrastructure is in need of an upgrade. Only 28 percent of sub-Saharan Africa’s population had access to mobile internet services at the end of 2020, according to industry group GSMA, and 4G accounted for just 12 percent of the continent’s mobile phones connections.

Yet progress in extending access to digital services in recent years clearly demonstrates the value of investments in digital infrastructure in Africa – and the potential for the continent’s tech-enabled industries to accelerate once the infrastructure backbone is in place. Although Africa’s telecoms sector might be growing from a low base, it is clearly growing – as shown by the fact that average download speeds almost doubled between 2015 and 2019, while data costs nearly halved.

Private equity investment has already played an important role in facilitating the rollout of digital infrastructure in Africa, notably in the mobile telecoms sector.

IHS Towers, a major ‘towerco’, became the largest African company to be listed on the New York Stock Exchange when it launched its IPO in October. The company, which was valued at $7 billion, has received extensive investment in recent years from private equity firms and development finance institutions.

But far greater investment, notably in data centres and fibre-optic cables, is needed to enable digital industries to enter the next phase of their development. “Investors have been placing big bets on the growth prospects for fintech, e-commerce, digital healthcare and other areas,” says Gbenga Abosede, associate director at strategic consulting firm Control Risks. “At the back end, such solutions depend heavily on their ability to instantly capture, utilise and transmit huge volumes of data between the data processing systems and the end customers.”

The Global Impact Investing Network estimates that just 3 percent of impact investments in emerging markets are targeted at the ICT sector. Even so, DFIs, which are typically the largest investors in Africa-focused funds, extol the potential development benefits that come from investing in digital infrastructure.

“Investors have been placing big bets on the growth prospects for fintech, e-commerce, digital healthcare and other areas”

Data centres and fibre “act as an economic enabler for businesses” and provide “the foundation for the rest of the digital economy to develop”, says Abhinav Sinha, head of manufacturing and co-head of technology at the UK’s CDC Group. “Reliable digital infrastructure and improved digital connectivity boosts business growth and facilitates greater economic opportunities.”

Sinha tells Infrastructure Investor that CDC Group has invested $700 million in digital connectivity. It is one of several DFIs to back Liquid Intelligent Technologies, one of the largest fibre, data centre and cloud technology providers in Africa.

While the initial investors in that fund are DFIs, Yolande Tabo, investor relations principal at the firm, says private investors are “definitely” becoming more interested in backing digital infrastructure in Africa. She adds that digital infrastructure investments offer “resilience in financial returns during what has otherwise been a very difficult period for businesses generally”, while providing “strong development impact”.

The impressive growth in uptake of digital services across Africa during the pandemic has underlined the rationale for investing in the continent’s digital infrastructure. David Cooke, a partner at global infrastructure firm Actis, points out that “where access to broadband has been available, the pandemic has provided an accelerant to digital adoption”. He cites MTN Nigeria’s ability to achieve 60 percent growth in data revenues at the height of the pandemic, far surpassing data growth in developed markets during the same period.

As the investment thesis behind digital infrastructure gains traction, several major projects under construction will be potentially transformative for internet users in parts of Africa.

Google is funding the Equiano subsea cable, which will extend along the continent’s Atlantic coastline with landing points in Nigeria, Namibia and South Africa. The tech giant claims that the cable, which is due for completion in the second half of 2022, will triple internet speeds in some countries.

Facebook, meanwhile, is one of the partners behind the even more ambitious 2Africa cable, set to be the world’s longest, which will encircle the entire continent and connect 26 countries in Africa, Europe and the Middle East. The project should be completed by 2024.

Investors are also aiming to address Africa’s relative dearth of data centres. The continent is thought to account for as little as 1 percent of global data centre capacity – a major problem for internet users in Africa, since connection speeds for data-heavy services become slower as distances between the users and the data centre increase. Concerns over data security and even ‘data sovereignty’ also favour more local data centre capacity in Africa.

Tabo notes that “the advent of the public cloud, which is commoditising previously unattainable solutions for the continent at affordable prices, is driving further demand for data centre capacity”. Cooke states that “there are strong sector fundamentals supporting the data centre sector in Africa”, even though the sector “remains relatively underinvested”.

Actis launched a $250 million African data centre platform last year and took a majority stake in Rack Centre, the leading co-location centre in Nigeria. Africa Data Centres, a subsidiary of Liquid Intelligent Technologies, received a $300 million investment from the US International Development Finance Corporation in December 2020. ADC opened a new facility in Johannesburg in September and is constructing others in countries such as Nigeria, Togo and Kenya.

Vastly greater investments are needed, however, if Africa is to close its data centre gap.

The African Data Centres Association, an industry group, said in a report in February that another 700 facilities are needed to bring the entire continent level with South Africa, which hosts around two-thirds of Africa’s existing capacity.

Although digital megaprojects are the source of much anticipation and excitement, smaller and less glamorous projects are equally vital to extend access to high-quality internet services. In the case of fibre, while subsea cables may represent the backbone of the network, huge investment is needed to extend the tentacles of fibre throughout the continent, particularly in landlocked interior countries.

At present, the vast majority of internet users in Africa rely on mobile broadband, although South Africa in particular has made progress in rolling out fibre-to-the-home and fibre-to-the-business networks. Subsea cables will bring benefits, particularly in cities near the landing sites, but Abosede notes that “only a small percentage of the landing bandwidth they bring can currently be transmitted due to the underdeveloped terrestrial fibre-optic cable networks in most countries”.

“Digital infrastructure assets in Africa, and the rest of the world, must be built and operated sustainably”

Babacar Ka, partner at Development Partners International, cites examples where digital infrastructure is relatively good in Africa’s largest cities. However, he adds that “now companies need to go to second-tier cities with the right models, because obviously the demand from the capital city is different from the second-tier cities”.

In practice, lower-income areas outside the major economic hubs are potentially less attractive markets for telecoms companies. As a result, Sinha suggests that “addressing the access and affordability challenge will require a higher volume of capital from impact investors”. Tabo agrees that “unequal development of digital infrastructure is a real concern”. She explains that Convergence favours the “open access, wholesale model of infrastructure deployment”, through which “better economies of scale in network deployment are achieved”.

Abosede concludes that patience will be required, but that digital infrastructure will ultimately be improved even in rural areas. “Operators may initially prioritise the more densely populated cities, which have more established supporting infrastructure,” he says. “But, there is a compelling business case to ensure that services can also be accessed in less densely populated cities and rural areas.

“Therefore, whilst a lot of the attention is on the emerging tech hubs for now, diffusion into other areas is a matter of ‘when’, not ‘if’.”

Data centres consumed around 1 percent of the world’s electricity supply in 2020, according to the International Energy Agency.

The need for an uninterrupted supply of power means the unreliability of grid electricity throughout virtually all of sub-Saharan Africa is a major concern for operators. Even South Africa has endured frequent ‘load shedding’ in recent years.

Gbenga Abosede of Control Risks notes that “data centre providers have invested heavily in their own power generation capabilities, including expensive back-up power generators”. He warns that the high costs of private electricity generation in Africa “does contribute to the increased risk of investing in data centres when compared to other countries with more stable and reliable electricity”. The use of back-up diesel generators also creates environmental concerns.

More modern designs, however, may go some way towards mitigating these concerns. “Digital infrastructure assets in Africa, and the rest of the world, must be built and operated sustainably,” says David Cooke of Actis, who notes that data centres that make use of “energy-efficient technologies and localised renewable energy solutions” will be more cost-effective to operate.