This article is sponsored by African Infrastructure Investment Managers

What makes Africa such a distinctive place to invest?

Africa is the world’s most underserved market, from an infrastructure perspective. There is a tremendous structural imbalance between the demand for good-quality essential services and the supply of those services. The secular tailwinds that are driving that demand mean those imbalances are only going to widen over time.

There is also an acute scarcity of capital being deployed, so there is a real opportunity to generate attractive returns. Africa is not an infrastructure market that is reliant on GDP growth or other cyclical forces. It is driven by deeply ingrained structural deficits.

Which of these secular trends are presenting the most exciting opportunities?

We invest behind three key themes we believe will generate interesting opportunities going forward. The first is the digital revolution that is transforming Africa’s economic potential. A surge in data consumption is a global theme, of course, but it is more pronounced in Africa, albeit from a low base. Data consumption per subscriber in Africa is expected to increase eightfold by 2025, compared with 4.5x globally.

Smartphone penetration is also increasing rapidly – projected to rise from 45 percent to 65 percent over the next five years – while penetration of mobile internet users is set to climb from 26 percent to 39 percent. Then, of course, there is the migration from 3G to 4G and 5G, as well as growing cloud adoption. All of these trends have been amplified by covid.

The investment requirement in Africa’s communications backbone – fibre, data centres and towers – is therefore enormous. We have invested in all three sub-sectors, including an investment we made back in 2014 in a telecommunications towers company called IHS. IHS began as a small regional company operating in a single market. Today, it is one of the largest tower companies globally, operating across eight markets. IHS is an excellent example of how the tailwinds that exist in this sector in Africa can fuel a company’s growth.

In 2020, we made a sizeable investment into the MetroFibre Networx platform in South Africa’s fibre-to-the-home sub-sector, where significant consolidation opportunities exist. In the data centre space, we recently acquired the only Tier IV data centre in Ghana. The asset is partly powered by its own solar farm and is an interesting illustration of the convergence between two of our key themes: digital infrastructure and the energy transition.

What impact is rapid urbanisation having on Africa’s infrastructure needs?

Urbanisation is the second of the three themes that form the core of our investment strategy. The population of Africa is expected to double by 2050 and urbanisation is occurring at a rate of 24 million people each year – twice the rate of India or China.

Urbanisation is associated with higher incomes as workers move into cities, and this therefore drives demand for consumer-facing infrastructure, in particular in the mobility and logistics sectors – the essential infrastructure required to move people and goods. This trend is further enhanced by Africa’s significant endowment of natural resources. The continent contains almost a third of the world’s known mineral deposits and two-thirds of the world’s uncultivated arable land.

Meanwhile, the African Continental Free Trade Agreement, which came into force at the start of 2021, is expected to boost intra-African trade, increasing continental income by an estimated $450 billion by the end of the decade. The combination of people moving to the cities at a rapid rate and the need to transport agricultural and mineral products creates a significant investment opportunity.

We have been key investors and developers in four of the six toll roads that have closed on the continent. Together with Egis, we own an airport platform that operates and owns stakes in three African airports. In the ports sector, we see opportunities to aggregate bulk and breakbulk terminal assets, taking an integrated corridor view.

What about opportunities surrounding electrification and the energy transition?

This, again, is another global theme that is more pronounced in Africa than anywhere else and is our final key theme. Three quarters of the world’s population who lack access to electricity are based in Africa. That translates to roughly 600 million people.

Estimates for how much investment would be required to deliver universal access range from $850 billion to $1 trillion. That means the impact generated by every dollar invested in the energy sector is greater here than anywhere else on earth.

Governments have tried to address these imbalances by building large, centralised grids and some have unfortunately fallen short of the mark. This has led to the ineffective provision of reliable electricity to the end user, leading people to take the matter into their own hands. As a result, we are seeing widespread use of expensive and polluting diesel generators in many African countries. Around 135 GW of installed diesel and petrol generating capacity exists in Africa today.

This is presenting interesting investment propositions, particularly on the solar side. Panel prices have dropped by 80 percent over the past decade. Storage prices have reduced by similar amounts and so there are attractive opportunities to go in and replace high-cost, high-carbon captive solutions with solar and batteries, as well as energy-efficient cooling.

Three years ago we backed an energy efficiency and distributed solar platform called Starsight, which was set up to do just that, starting initially in Nigeria. Today, it is the largest energy efficiency and distributed solar company in West Africa, with average revenue growth rates in excess of 100 percent, and it is now expanding across the continent. In the utility-scale renewable energy space, we have been one of the largest equity investors in the South African renewable energy programme, aggregating a portfolio of over 1500MW in wind and solar assets.

Indeed, wind and solar are forecast to grow by 9 percent and 8 percent per annum respectively, reaching 18GW and 14GW by 2030. Meanwhile, opportunities also remain to invest in small and medium-sized hydropower plants. Outside of South Africa, 35GW of hydropower capacity dominates sub-Saharan Africa’s utility scale generation mix. But this still represents only 11 percent of hydro potential.

Where do you focus most, and why?

We look to build a portfolio diversified by sector, country, size and type of investment (greenfield, brownfield, growth). From a geographical perspective, we have a tier 1 basket of c.12 focus countries, with a further 14 we look at on a tier-2, opportunistic basis.

We would look to expand our investee platforms to access smaller and more difficult markets, rather than focus on these markets directly. We have five offices across our key markets in South Africa, Nigeria, Côte D’Ivoire and Kenya, each covering their respective sub-regions. We are also progressing in expanding our presence in North Africa, with Egypt and Morocco being key markets.

Our approach is therefore to combine a fundamental, locally driven bottom-up assessment of opportunities against a macro-driven, top-down review of each market. For example, Nigeria might be the largest economy on the continent, but its on-grid energy consumption per capita is a mere three percent of South Africa’s. It has c.20GW of installed diesel burning capacity and so the opportunity to grow a distributed commercial and industrial solar platform here is very attractive, and we are doing this. However, the opportunities to invest in utility-scale generation in this market are less interesting because of issues with the energy value chain. Additionally there are certain markets which we believe to be potentially oversupplied from a power perspective, such as Kenya. This an illustration of the nuanced opportunity set.

In a sector like fibre-to-the-home, South Africa is where we are investing most of our efforts because it has the critical mass of people within the relevant income bracket who can afford these services. It is also the market with the most ISPs, which offers more robust revenue lines even in a low-growth environment.

In other sectors, we are more opportunistic (eg, roads and airports), but we will target countries with experience of implementing PPPs. We have recently participated in road programmes in Kenya and Ghana.

A key angle to our investment strategy is to invest in companies or assets which seek to provide a higher quality service at, or below, the prevailing price. In that way, we are reallocating consumer dollars rather than relying on GDP growth to support demand. This is key in the African context, where the average purchasing power remains low by global standards.

How has covid affected investment activity?

On a macro level, covid has pushed Africa into its first recession in 25 years. And, of course, there has been a significant impact on particular sectors, notably retail, tourism and entertainment. The pandemic has also hit sovereign balance sheets, limiting the ability to support businesses facing liquidity challenges. This has been further exacerbated by hesitation on debt suspension.

Furthermore, we have continued to invest throughout the pandemic. Over the past 12 months, we have invested in a contracted energy asset, Tema LNG, as well as two digital infrastructure assets: MetroFibre Networx, a South African open-access fibre networking operator; and Onix DC, a carrier-neutral, co-location data centre in Ghana.

In many respects, the experiences of Africa during the pandemic have been the same as for countries around the world. But covid came here a little later so we were more prepared. The shutdowns happened earlier and economies opened up earlier. And, with the exception of South Africa, we haven’t had the same stop-start effect produced by multiple lockdowns that we have seen in much of the developed world. 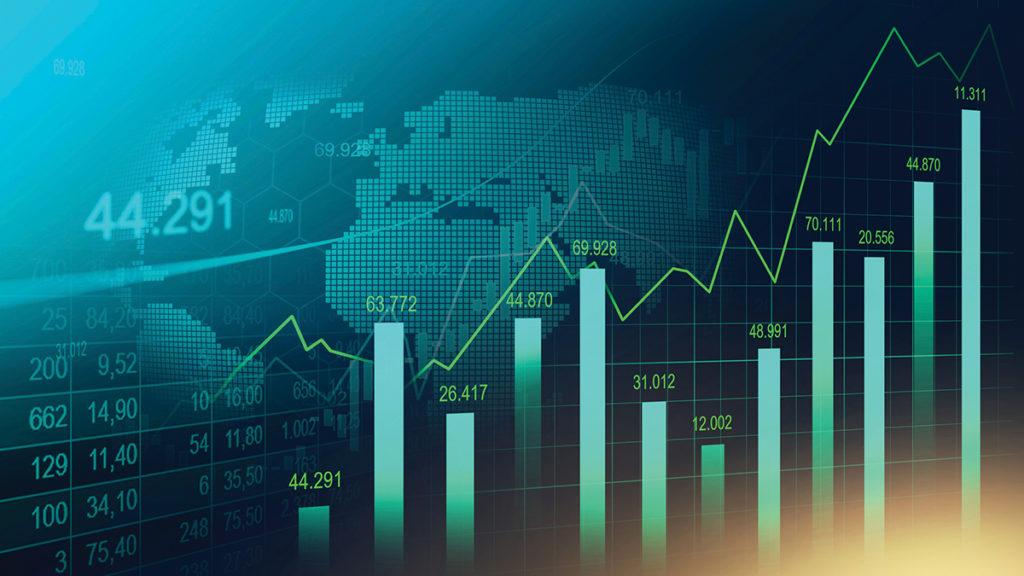 What is the most important thing an international LP needs to know if it’s looking to invest in Africa?

First, international LPs need to understand that Africa is far from homogeneous, and so opportunities are highly nuanced. Local insight, combined with extensive in-market experience across economic and political cycles, is a material differentiator.

Second, investors need to look beyond the headline macros. Yes, five of the seven fastest-growing economies in the world, pre-covid, were in Africa. But that, in itself, isn’t an investment thesis. You need to understand which specific themes, markets and sectors are presenting the real opportunities.

Finally, investors need to make sure they are working with managers that are entrepreneurial, that can demonstrate the resilience required to execute, and that have local understanding alongside world-class governance, systems and processes. We believe a deeply engrained ESG framework that both manages risk but also actively looks to achieve positive outcomes is an essential part of the manager’s toolkit.