We’ve just published our Deep Dive on public-private partnerships – read the first instalment HERE – and thought some of you might be wondering why we’ve been writing so much about PPPs lately.

After all, the framework has been in relative decline for some time. As Inderst Advisory’s Georg Inderst told us last year: “PPP volumes are stagnating at 0.1 percent of global GDP and only 2-3 percent of total infrastructure spending.” And anyway, it was never the primary focus for a decent chunk of our audience, not least because the equity cheques written for these projects were often too small to merit attention.

That being said, PPPs are still the de facto global procurement framework for developing, building and upgrading infrastructure with private sector participation, notwithstanding the importance of regulated-asset models across the world. That serious questions are being raised about the model’s effectiveness across developed markets – not to mention the UK’s ruthless abandonment of it – should worry the entire industry.

We spoke to 20 sources across three continents to find out what’s ailing the model – and what can be done to bring it back to health. They include well-known industry titans like Meridiam’s Thierry Déau and Ardian’s Mathias Burghardt; and current and former heavyweight politicians, such as Hungary’s ex-prime minister Gordon Bajnai, UK Labour member of parliament Margaret Hodge and DJ Gribbin, President Donald Trump’s former senior advisor for infrastructure.

We found a laundry list of troubles, many of them serious enough to put the model’s long-term health in jeopardy. We’ll let our Deep Dive flesh them out fully, but here are two examples.

“[The PPP model] doesn’t favour innovation, but even more importantly, it doesn’t have the flexibility to adapt to change – whether that’s environmental, technological or with regard to evolving customer needs,” argues Burghardt, zeroing in on the model’s rigidity.

And here’s Déau, getting right to the heart of the controversial value-for-money discussion: “The public sector shouldn’t engage in PPPs without doing a full value-for-money exercise. [The PPP model is] not a panacea and it’s not a magic wand regardless of jurisdiction. I think that’s the mistake the public sector is making – thinking it’s free money. It’s not.”

Encouragingly, almost everyone we spoke to had constructive solutions for how to improve the scheme. Bajnai, now at Campbell Lutyens, would like to see a bigger role for equity. That, together with a re-orientation (in developed markets at least) toward maintenance could allow for a more meaningful risk transfer to the private sector.

Carlyle’s Peter Taylor wants PPPs to become a “living contract” that would evolve over their decades-long lives. Amber Infrastructure’s Giles Frost, a long-term investor in the UK’s private finance initiatives, would like to limit the framework to private equity. “I would get the government to provide the debt. You would still get the maintenance benefits with public-sector debt but avoid refinancing issues.” Burghardt was the boldest: “I think the historic opportunity of the PPP [model] will be to contribute massively to carbon emissions reduction. That, for me, would be the only way to revitalise PPPs.”

As you make your way through the regional case studies that form part of our Deep Dive you will notice that emerging markets – where a great deal of the PPP action can be found these days – are conspicuously absent.

That’s intentional, as we wanted to focus on markets where the model has a long track record. But if anything, we believe the lessons (good and bad) drawn out from these developed markets are especially important as the framework is used across the developing world.

Ideologues aside, no one doubts public-private collaboration will continue to be at the heart of infrastructure development. But that sense of inevitability can breed complacency and an unwillingness to take a long, hard look at what needs improving.

We think PPPs have much to offer. We also think they need to be reinvented for the 2020s and beyond. Here’s to having that discussion. 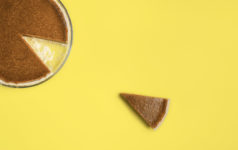 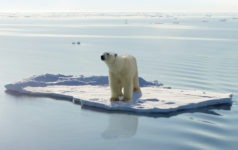 Failing to prepare for climate change will be a costly option 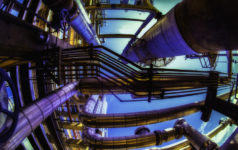