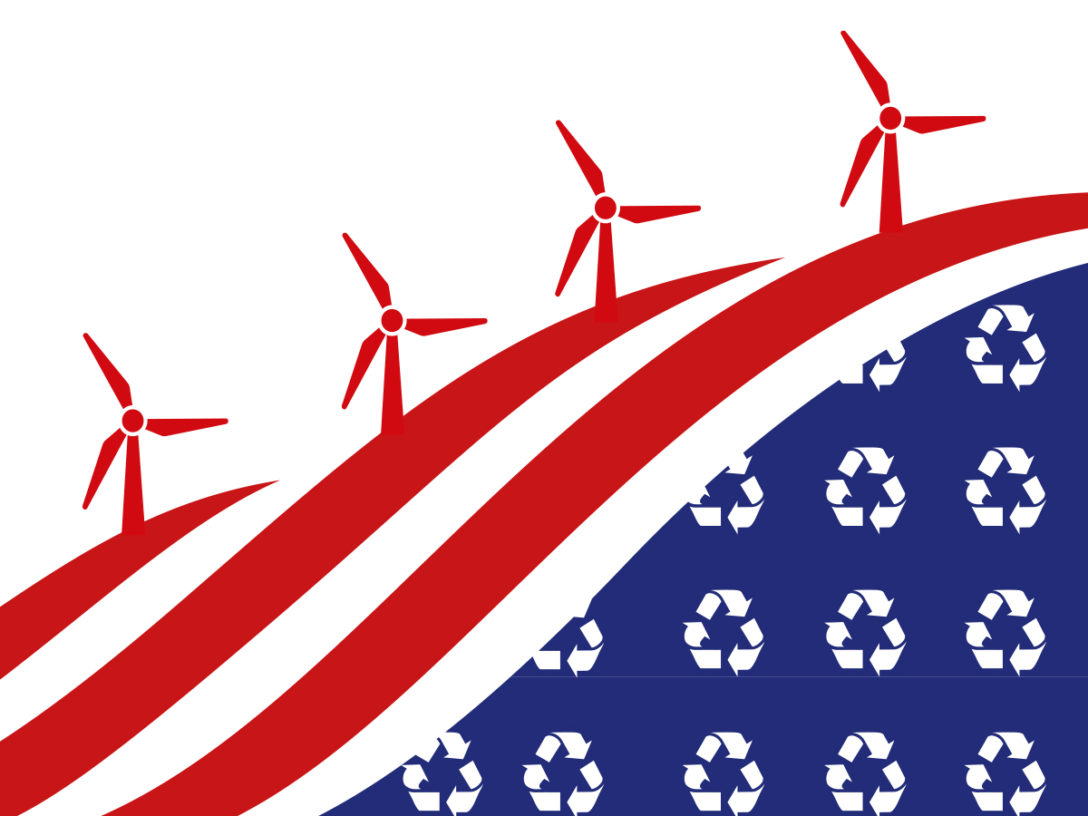 The recent handling of a wonky and technocratic part of how the US government functions serves as an example of how political polarisation can create an unstable see-saw effect on what private investors can expect.

The National Environmental Policy Act is a landmark piece of legislation passed almost unanimously in December 1969. It serves as a bedrock of standardisation for how any type of construction project impacts the quality of air, land and water in the US.

With few exceptions, the NEPA review process determines whether any development that encroaches on to federal authority – roads, pipelines, windfarms, national parks, wetlands and even shopping centres – will receive permits for construction. NEPA came into force at a time when few could seriously imagine what a transition away from fossil fuels would require. In 1970, only 6 percent of the US’s energy mix came from sources that did not emit carbon into the atmosphere. At the time, solar and wind simply were not part of the equation.

According to the Energy Information Agency, renewables today account for 11 percent of the energy mix. They also count for 21 percent of electricity generation, a percentage that is expected to double by 2050.

How the country powers itself is changing, but the old way of doing things is proving more resistant to change. Renewables are expected to grow rapidly over the coming decades, but the EIA also projects that the share of electricity generated from natural gas will remain at about one-third of the total during the same period.

As the impact of climate change grows more obvious, government is under increasing political pressure to ensure that new energy developments pass muster from an environmental standpoint.

Last July, President Donald Trump signed an executive order that enacted the largest wholesale NEPA reform since updated regulations in 1978 became the basis for decades of guidance and case law concerning environmental review. The order states that it “comprehensively updates the prior regulations”, and effectively allows federal agencies to expedite the process by limiting the review of environmental assessments.

In January, Joe Biden became president and came into office with a climate-friendly agenda. Already, he has signed his own directive – the Executive Order on Tackling the Climate Crisis at Home and Abroad – for the White House’s Council on Environmental Quality to review NEPA regulations and determine where guidance can be streamlined or strengthened.

A tale of two presidents

Both presidents have acted on NEPA in the name of saving the US economy. Both have said their moves would help create jobs in the energy sector. In reality, to some extent, both have played politics with how opinions are formed about a growing climate crisis.
Now that Biden’s term is underway, the fate of a piece of legislation that is under review and subject to change will have large-scale and long-term implications for how investors consider opportunities in the US infrastructure market.

Often bemoaned by private developers as being overly complex and lengthy, NEPA established a formal interagency federal review for “the critical importance of restoring and maintaining environmental quality to the overall welfare and development” of the country.

The law, passed during President Richard Nixon’s first term, was designed to review the amount of pollution being created by trends that are in full force today: population growth, high-density urbanisation, industrial expansion, resource exploitation, and new and expanding technological advances. Although Congress passed the legislation with lofty ideals, in practice, NEPA regulations were not designed to force the federal government to stop projects that were deemed to be too dirty.

“There’s no obligation to choose the best environmental outcome under NEPA,” says Jim McElfish, director of the Sustainable Use of Land Program at the Environmental Law Institute, who has spent his career focusing on environmental law, including helping to write the NEPA regulations chapter for the American Bar Association. “You’re allowed to make an anti-environmental decision.”

The law’s purpose, he says, is to provide “a tool for understanding and disclosing the tradeoffs” of any governmental action that “may have an impact on the environment”.

McElfish describes NEPA as a framework that, over the decades, has been difficult to change in ways that defy legal challenges. Environmental review guidance was established with stability in mind so that investors and developers would be aware of the rules and spared surprises.

He believes the Trump administration’s decision to upset this balance amounted to a “missed opportunity” to clamp down on inefficiencies in a process that has, in some ways, become outdated.

“It was almost a wish-list rewrite,” he says. “What changed with the Trump administration was they took a set of regulations that everybody had operated under for 40 years and were well understood, and redefined a lot of the terms and categories.”

By McElfish’s measure, the most drastic change from Trump’s executive order was eliminating the concept of ‘cumulative impact’: the indirect environmental consequences that projects may have onsite. The order simplifies the review process so that each federal agency involved in an environmental assessment essentially stays in its lane, and does not allow for crossover consideration of a project’s potential for pollution.

“I don’t think it’s going to hold up,” McElfish says. “It’s kind of destablised the universe of laws, regulations and case law that people have been used to, and so a more incremental set of regulations might have been welcome across the spectrum.”

The challenge the current administration faces is to implement the agenda that won Biden the presidency without swinging NEPA’s pendulum too far the other way.

Brad Thompson, a partner at law firm Duane Morris who is based in Austin, Texas, represents clients from both the fossil fuel and renewables industries. He believes the administration will attempt to “not discriminate against” the oil and gas industries, but that it will “make it easier to foster a faster timeline” for renewables development.

Thompson says Biden has already shown his hand in signalling that stricter standards for carbon-emitting projects are on the way. The administration’s early executive order “expressly directs” the CEQ to look for ways to expedite climate-friendly projects while stymieing oil and natural gas developments, he says.

Biden’s executive order also deals with a lot of policy matters unrelated to NEPA. However, section 213 directs the CEQ and the Office of Management and Budget to take steps to “ensure that federal infrastructure investment reduces climate pollution, and to require that federal permitting decisions consider the effects of greenhouse gas emissions and climate change”.

The order also mandates a “siting and permitting processes” review and calls for steps to be identified “to accelerate the deployment of clean energy and transmission projects in an environmentally stable manner”.

A spokesperson for the CEQ declined to comment for this story.

“Whether or not any such actions, and we still don’t know what they will be, can withstand judicial and legal scrutiny, remains to be seen,” Thompson explains.

He adds that ongoing litigation surrounding the future of US energy policy could have a serious sidelining effect on investments: “From an investment perspective, uncertainty is a terrible thing. These are the types of things that can make investment dollars migrate from a project with less clear standards and deadlines to energy projects where guidance is clearer. Similarly, investment dollars will also likely migrate to projects with faster development timelines than slower ones.”

An early sign of the tightrope Biden would need to walk on energy policy came on the campaign trail, when he overstated how far he planned to clamp down on the fossil fuel industry. During a debate, he said he would “make sure it’s eliminated” and that his administration would “work it out” of the US energy mix. Soon after, his campaign team released a statement nuancing his message by saying he “supports eliminating subsidies for coal and gas” as one measure to eliminate federal support.

Biden seemed to already be thinking at the time about ways to influence investment opportunities in the energy sector without weighing in on the NEPA review process.
Jonathan Kidwell, a partner at the environmental law practice at Kirkland & Ellis, says the administration is likely to be careful not to give the impression that it is “shutting off one industry while helping to activate another”. He points to permitting regulations as one avenue for “translating policy priorities into shovel-ready projects on the ground”.

So far, however, the administration has gone in the opposite direction to this. One early executive order placed a temporary halt on new federal leases for oil and natural gas permits.

Another option on the table is to extend tax credits for renewables. The production tax credit for utility-scale wind projects is due to be phased out by the end of 2024. The investment tax credit for large-scale solar farms will fall from 30 percent to 10 percent during the same year.

“Tax policy is something the administration has identified that it will take a close look at,” says Raya Treiser, a partner in Kirkland & Ellis’s regulatory and internal investigations practice. She adds that “the extent to which limited agency resources are focused on one set of priorities versus another” could also be a way in which the Biden administration impacts specific industries.

“We may see a shift in terms of the rigour and time agencies take to complete environmental reviews and the types of environmental impacts agencies are focused on,” Treiser says.

How the NEPA review will be fully managed under the Biden administration will come into focus over the coming weeks and months. As the CEQ finishes its review of what it believes is and is not working, the president will be faced with a choice on whether to help stabilise loosened regulations or tighten them further to achieve his policy objectives.
No matter which direction he chooses to go in, investors will be trying to interpret whether the administration’s approach to environmental review is a cost or benefit point to a project’s analysis.