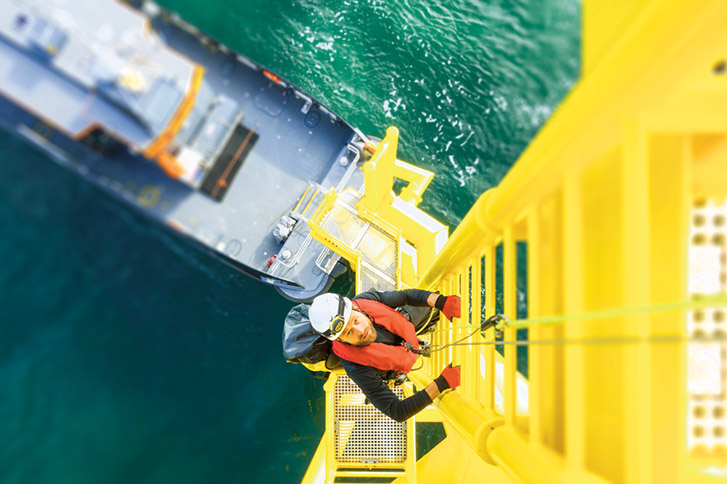 This article is sponsored by AMP Capital

How have technological advances affected infrastructure investment opportunities over the past decade?

Urban living has changed dramatically over the past 10 years or so and the infrastructure that is essential to urban living has had to reflect that. Nowhere has this been more marked than in communications. The iPhone was launched in 2007. Today we rely on smartphone technology absolutely. It has taken over every other medium. From emails, texts and WhatsApp to downloading films, we do everything on our phones. The explosion of app technology in particular has been remarkable. I would say that whole area of communications infrastructure has been the most significant development of the past decade.

Which sectors are likely to be most affected by tech advances in the years ahead?

I think infratech is going to be all-pervasive. We have already seen passport control completely revolutionised by facial recognition technology, using machine learning and artificial intelligence to transform airports into smart airports. I think air travel will be one of the sectors most significantly impacted by technology. Everything from passport control to the digitisation of luggage handling to online parking is changing the nature of the airport experience.

We own a number of airport assets, including Melbourne Airport, our largest investment. We spend a lot of time monitoring dwell time and devising ways to increase airside dwell time for customers. That means minimising the landside dwell time by speeding up parking, reducing queuing and accelerating security checks without lowering security standards. The more you can maximise dwell time, the more you can make the airport experience positive for customers and the more they will be inclined to take advantage of the retail opportunities on offer. That, of course, is commercially important for our investors.

Outside of airports, payments infrastructure is going to continue to grow on the back of Amazon, Uber and the massive disruption fintech has brought to the banking sector. And then, of course, the use of technology to optimise energy usage and storage will be huge as well. Infratech will also play an increasingly important role in the fields of medicine and health. The ability to get multiple specialist opinions while sitting in your own home – being able to upload your medical history and get both a diagnosis and treatment from world class doctors, wherever you may be, is becoming more and more prevalent. The whole physical experience will become increasingly minimised while the virtual will be maximised. To my mind, these are the most exciting tech developments.

In what other ways is technology being used to add value to infrastructure assets in traditional areas?

The way that we manage trains is a prime example. Maintenance is increasingly being automated. I would point to one of our portfolio companies, ESVAGT, too. ESVAGT is an emergency rescue and recovery business. Traditionally, there would have been big ships in the ocean waiting for something to go wrong – either with an offshore windfarm or offshore oil rig. Those ships would provide search and rescue support around the clock. Today, however, we are using drones and artificial intelligence to go and inspect rigs and offshore wind turbines. That diagnostic equipment is providing remarkable accuracy, speed and safety for our people. And it is enabling us to be proactive – preventing situations, rather than just responding to them. I think that is a really powerful example of combining different technologies to improve the way existing infrastructure is working.

What challenges does the current speed of technological advancement bring for infrastructure investors? How do you mitigate technology risk?

There are two kinds of technology risk that we need to think about: how quickly you adapt to certain technologies and then how quickly those technologies become obsolete. We have a dedicated infratech function within our business. The responsibility of that function is to look right across the portfolio to see where we can bring in enabling technologies. And then, as we invest in sectors such as communications, that function is also continuously monitoring the environment to gauge obsolescence risk.

“Disruption is only an opportunity if you catch it early. It is a threat if you capture it late”

The classic mitigation for both is that we live in a competitive world. If we are to meet and exceed acquisition cases, we need to make sure we keep abreast of whatever technology we can get our hands on and try and adopt that technology as soon as makes sense. For instance, we have a port handling business ITS ConGlobal where the labour requirement varies substantially based on demand. Being able to modulate that labour is key to the profitability of the business, and technology has made a massive difference to our ability to do so. ITS is also using GPS technology, IoT for equipment handling and using data digitisation to capture equipment and container movement and conditions.

In terms of obsolescence, we generally find people ask questions the most around fibre optics and cell towers. But all the studies we have done show that even if new tech solutions that could erode the position of fibre optics were to be developed today, it would still take 15-20 years to commercialise that technology. The other thing I would add is that we are not looking to get involved in technologies at their most nascent stages. We want to be early movers, but not first movers, and there is an element of risk mitigation there as well.

How have infrastructure managers evolved skill sets to adapt to the increasing importance of technology in their value creation strategies?

Earlier this year, we hired Tom Preising, who was previously global business operations director at Apple. He is based in our Delhi office. Tom has worked in different functions at Apple for 13 years and at Hewlett Packard for 13 years before that. His job is to be an IT path finder. He will be looking at how we can operationalise our data. He will also be looking at enabling technologies for our portfolio companies and at investment opportunities in infratech itself. Investing in the right talent is extremely important.

How good has the infrastructure industry been, as a whole, at embracing new technology? How much of a differentiator is it?

We tend to talk about the four forces of disruption – globalisation, urbanisation, digitisation and demographics – and how infrastructure can respond to them. In the world in which we live today, those responses are largely virtual, particularly in the OECD world.

So, what does the future hold for infratech?

I think we will see a lot of bedding down of things that we have taken for granted for the past 10 years but that haven’t become as powerful as they can be. I don’t think we can expect functionality to change all that dramatically, but the infrastructure behind these things will become a lot more robust.

For example, if you are walking along a London street today you might quite easily lose your connection. It happens all the time, particularly in summer when there are more tourists. But advances in fibre optics – 5G, for example – will significantly improve the situation. The same thing will be true of diagnostic tools for medical infrastructure. The treatment may not change much but the speed that people will be treated at will.

As technology becomes more robust, we will also see a big uptick in remote working and that, in turn, will have an impact on office space. That, of course, will affect our transport needs. Everything is inter-linked. But sometimes there are contrary forces at play too. On the one hand, there will be less traffic because of an increase in remote working. On the other hand, we are seeing drone technology being developed for moving people around from rooftop to rooftop – it is already there in China – and, of course, the advent of self-driving cars.

What is the biggest lesson you have learned when it comes to harnessing the opportunities that technology can bring?

Always focus on those global forces of disruption to identify latent demand for new types of infrastructure. If we can tap into that disruption, we can capture significant value for our investors. For example, we bought into Everstream, which has laid 10,000 miles of fibre optics in the Midwest in response to soaring demand. We were able to do that because we captured the disruption early. Remember, disruption is only an opportunity if you catch it early. It is a threat if you capture it late.

Disruption has happened throughout the ages. The difference is it happens an awful lot more quickly now. That means you need to keep pace with the change. The best way to do that is to continually look at the optimum use of technology to help manage and develop these infrastructure assets.

AMP Capital worked with the management team at emergency rescue and recovery business ESVAGT to develop a tech-based offering for the maintenance of offshore wind farms. Historically, inspections have been done manually, with an engineer literally having to scale the tower – miles offshore – in the middle of the North Sea.

ESVAGT teamed up with an AI provider to launch an innovative solution to maintenance inspections. A drone is flown off the ESVAGT vessel. It scans the wind turbine in detail. These images are then sent back onshore where, through the use of artificial intelligence, a diagnostic is provided as to which areas require or will shortly require maintenance.

This technology is still in trial but is proving over 95 percent accurate. It speeds up the process, avoids the risk of the engineer climbing the tower for inspection and provides an automatic record of the asset.
Pahari says the firm challenged the management team to think differently. “Once the idea started to form, we worked with them to expand the idea from just drones and cameras to AI and then we backed the trials.”