This article is sponsored by Antin Infrastructure Partners

Q What new sectors have you seen emerge in infrastructure over the past decade? 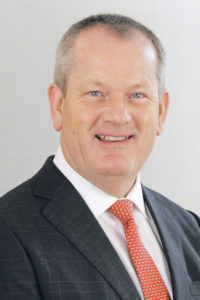 Mark Crosbie: A number of new sectors we have been involved in over the past 10 years have become mainstream. In the telecoms space, for example, we saw the advent of towers and fibre as infrastructure, and train stations would not have been considered infrastructure 10 years ago.

Then there are motorway service stations, crematoria and clinics. Even renewables have transformed completely over that period to become a firmly established part of the asset class. 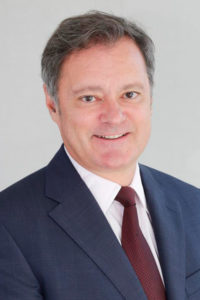 Alain Rauscher: We do not fixate on particular sectors, but instead use the Antin Infrastructure Test to determine whether an asset provides essential services and has high barriers to entry, predictable and stable cashflows and downside protection. While we keep our minds very open, we are disciplined when it comes to the definition of infrastructure. We also look at the potential to create value. This approach allows us to think outside of the conventional boxes. We spend a lot of time encouraging our partners to be creative in their origination.

Q Have the Antin Infrastructure Test criteria stood the test of time?

MC: They have stood the test of time remarkably well and have allowed us to look at areas previously not thought of as infrastructure. It is worth highlighting that we also spend a lot of time at the investment committee focusing on disruption risk, so if we were devising the criteria today that is something we might consider adding. Disruption risk is everywhere and whether talking about decarbonisation, the digital revolution or changing consumer behaviour, we always have to consider not only if an asset meets our criteria today, but whether it will continue to do so in 20, 30 or 40 years’ time.

Q How do you view the electric car sector developing?

AR: We are taking some prudent steps in the electric car sector. I was recently driving on a baking hot day and passed a brand-new electric car with all its windows open. It was 38 degrees. The reason, I surmised, was that using the air conditioning would reduce the battery charge. The driver would have been terrified of running into a traffic jam and having to finish his journey on foot. The problem is that car batteries are big and heavy, take a long time to recharge, and can only take you a maximum of 150 miles, and this is reduced to something like 80 miles on a hot day with a little traffic. We have made a modest test investment in hydrogen-fuel cell cars through a portfolio company called Idex. That technology could allow car users to drive around 500 miles and recharge in two or three minutes, as opposed to several hours. But, as Mark says, there is a huge capex need and we are cautious to deploy capital only when we are comfortable about which technology will prevail.

Q What are the challenges associated with being a first mover in a sector?

AR: Our firm tends to think in terms of mega-trends or big societal themes that need addressing, such as the need for clean energy or mobility, rather than sectors. An enormous amount of capital is required to address these societal themes and we are in a position to provide it. But there are significant technology risks in being among the first to invest in these areas, hence the need for disciplined innovation. Take electric cars, for example, where there is some uncertainty about which technology will dominate in decades to come.

Q Talk us through the big societal themes you that expect to deliver new types of opportunity in the years ahead.

AR: I expect mobility will be a key theme. We do not break that down narrowly to cars, trains or planes. Rather, mobility is a broader discussion about the way people move around the world. Take car park operators, for instance. Some of them are facing reduced occupancy rates because of congestion and the availability of cheap alternatives to people driving their own cars, such as Uber or different forms of public transport. That means those car park operators are faced with the challenge of what to do with this surplus land. Many are working on deals with the likes of Amazon, for example, related to last-mile delivery. Even the most conventional forms of infrastructure assets are impacted by these wider societal trends.

MC: While we do see some emerging sectors, often the assets within them would not pass our Infrastructure Test today. Take electric charging. One way or another, that is going to become an important sector, but it is unclear exactly what direction it will take. Building the charging infrastructure is going to entail huge costs, not only in terms of the space to charge the car itself but also access to the grid. So, does electric charging offer stable and predictable cashflows or high barriers to entry? It may do in the future, but I do not think that is the case right now. Battery technology is not yet sufficiently developed. Another example is flexible power generation, which is still susceptible to a changing regulatory framework. We will watch those sectors with a great deal of interest, but today they are not stable enough to pass the Antin Infrastructure Test.

Q How do LPs tend to respond to new sectors?

MC: There is always an education process required and the onus is on us, as the manager, to explain why a particular asset should be considered as infrastructure and to take them through the Antin Infrastructure Test. We tend to find that by the time we come to sell, assets that initially attracted some scepticism have become entirely mainstream and many go on to be bought by core infrastructure players.

Q How do you maintain a competitive advantage in a sector once it has become mainstream?

MC: Sometimes we’re looking at a sector for four or five years before we invest. During that time, we establish relationships with a lot of potential target companies. Another infrastructure investor making the decision to move into fibre today, for example, would be a long way behind in terms of their understanding of the sector and knowledge of the key players.

And while creating alpha comes from sourcing and origination, it’s also very much about what you do with a business having acquired it. There is a very intensive asset management phase. In order to grow a business substantially, you not only have to come up with a differentiated business plan, you have to be able to deliver it. That requires expertise built up over a long time investing in people. We are not complacent about others moving into the sectors where we operate, but we’re confident we have a sustainable advantage.

Q What is the biggest lesson you have learned over the past decade that you will take with you as you prepare to tackle this massive global demand in the coming years?

AR: In one word, phronesis, an ancient Greek word meaning practical wisdom. That, for me, is what our job is all about. In an extremely fast-changing world, there are plenty of threats. We need to always be pragmatic and prudent. It’s important not to get carried away by the latest exciting technological development, but to stay focused on the big macro trends that underlie each investment.

Roadchef: Infrastructure or not?

Motorway services proved to be an attractive investment. When considering whether motorway service areas were infrastructure when it acquired Roadchef back in 2014, Antin turned to its Antin Infrastructure Test, which measures a target’s suitability in terms of the provision of essential services, stable and predictable cashflows, high barriers to entry and downside protection.

Motorway service areas are the only places to take a break on motorways in the UK and advertising off-motorway locations is not allowed. The UK network is effectively fully covered with service areas, which makes the introduction of new sites uneconomical. It is extremely difficult to get planning permission for new service areas, so barriers to entry are high. The areas have also proven remarkably resilient through multiple economic cycles, serving essential needs at a low average value per transaction. Traffic volumes have continued to grow, offering stable and predictable cashflows.

Antin also considers the potential to add value when acquiring an asset. The previous owners had underinvested in the Roadchef estate, so the company embarked on a refurbishment programme under Antin ownership and improved washrooms as well as energy and waste efficiency. Roadchef acquired the freeholds and extended the leaseholds of various sites, enabling several of the service areas to be expanded significantly. The company has also widened the commercial offering, with McDonald’s now at all sites. New brands, such as Cornish Bakery and healthy fast food chain Leon, with which Roadchef has partnered to open 12 stores over the next five years, have been added. It has opened 18 Costa Drive-Thru sites for customers in a hurry, along with nine Spar grocery locations. As a result, customer satisfaction with Roadchef has strongly improved and the firm’s Norton Canes site has been voted England’s best motorway service area.

Antin used its internal financing team to raise an infrastructure debt package, which replaced the securitised bond financing that had been in place since 1998, allowing investors to benefit from a strong dividend yield and improved terms.

“Despite a difficult environment on the high street, with a lot of headwind from everything from a rise in the minimum wage to business rates, we have been able to grow profitability substantially,” says Antin’s Mark Crosbie. “By the time we come to sell, we’ll have an asset that is in a far better shape than when we bought it, that has a stable, strong management team, and that is performing well financially. We had the investment thesis that was supported by the Antin Infrastructure Test. Now we have actually done the hard yards and completed the task we set ourselves.”

Alain Rauscher is chief executive and managing partner of Antin Infrastructure Partners and a member of both the executive and investment committees. He sits on the board of a number of Antin’s investments, including Idex

Mark Crosbie is managing partner and a member of both the executive and investment committees. He also sits on the board of a number of Antin’s investments including Kellas Midstream and Roadchef