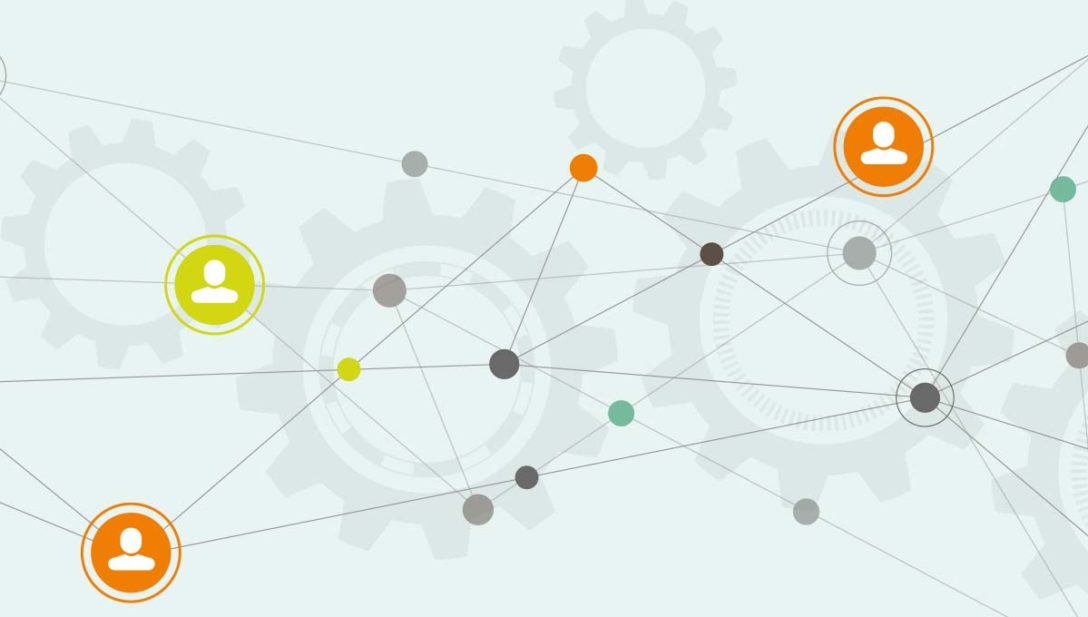 The pandemic has revealed and exacerbated social inequities, while exposing fundamental flaws in our health, social care and education systems. “We are at a point of crises intersecting,” says Michael Etzel, partner at impact consultancy Bridgespan. “It has really highlighted cracks in the foundations. Not in our physical infrastructure, but in the social infrastructure we all rely on to get on with our day-to-day lives.”

Of course, the fabric of society was already under strain prior to covid, buckling under the weight of ageing populations, the educational impact of changing skills requirements and the higher participation of women in the workforce meaning more demand for childcare provision. Europe alone is estimated to have a social infrastructure funding gap of more than €140 billion annually.

But the past two years have intensified the world’s societal challenges. The number of individuals pushed into extreme poverty by the pandemic is frightening, with estimates ranging from 100 million people, according to the World Bank, to 500 million people, as calculated by the World Health Organization.

“The pandemic has profoundly affected all facets of our economy and way of life, amplifying existing socioeconomic disparities and creating new levels of divisiveness in many ways,” says Sarah Borg-Olivier, chief operating officer at Instar Asset Management.

“Covid has also revealed the devastating impact of decades of underinvestment in social infrastructure.”

Public fiscal constraints, intensified by the covid crisis, mean that directing private sector funds to social problems is more important than ever. “Governments have historically underinvested in infrastructure across the spectrum, but social infrastructure has received far less government funding or priority than economic infrastructure and saw a considerable decline in investment following the financial crisis,” Borg-Olivier explains.

“As we move past covid, this pattern could worsen. So, there’s a significant role for the private sector to meet the need for more thoughtful, better-quality and modern social infrastructure to address the challenges and opportunities that come with the long-term trends that are playing out: an ageing population, increasing urbanisation and accelerating digitisation and technological change.”

And yet despite this gaping need, relatively little capital has been raised with a dedicated social infrastructure focus. The importance of creating positive social impact has been dwarfed by a towering climate emergency. “There has been a secular shift, with a huge increase in climate mandates from the big LPs in the last 12 to 18 months,” says Etzel. “That has driven an absolute explosion in climate finance that we just haven’t seen on the social side yet.”

It is not surprising, given how vital climate change investing is for the future of the planet. “Of course, mitigating climate change is of paramount importance,” says Jack Wasserman, investment director at Schroders Capital. “But social impact investing can do more to step out of the shadows of environmental impact.”

“Addressing climate change is a social necessity,” adds Esther Peiner, managing director and co-head of European infrastructure at Partners Group. “Having said that, social infrastructure investment, which is helping advance education and healthcare, for example, is highly relevant in a world where public funds are tied up in dealing with the fallout of the pandemic and are being directed towards supporting the energy transition. If nothing changes, then in 10 years’ time, public funding models simply won’t work anymore.”

“We must recognise that climate change is more than an environmental crisis; it’s a social crisis as well”

With the huge opportunity this creates for private capital, the breadth of investment is vast, ranging from childcare businesses to digital companies, to power providers around the world. The Private Infrastructure Development Group (PIDG), which mobilises private investment in infrastructure in frontier markets, has invested heavily in developing student accommodation in Kenya.

“That project was supported by the first-ever green bond in East Africa and was EDGE-certified. Neighbouring countries such as Uganda and Tanzania are now looking to replicate the model,” says Philippe Valahu, chief executive at PIDG.

“We have also done a lot of work in affordable housing in both West and East Africa. Health is a little more challenging but is something I am pushing our teams to look at. There are some no-brainers there. Around 60 percent of clinics in Sub-Saharan Africa currently don’t have access to a reliable source of electricity, which is a sobering thought in the middle of a pandemic. By providing electricity to these communities for the first time, we can have a huge positive social impact.”

“As more and more of our daily lives move online, the sector that has really woken up to its social potency is digital,” says Wasserman. The digital divide affects everything from education to job opportunities, communication, health and access to information.

In the developed world, investment in fibre roll-out, for example, has allowed rural regions to access new technologies, information and services, according to Aurélien Roelens, investment director and ESG co-ordinator at Cube Infrastructure Managers. “In some cases, that has halted an exodus from those communities and even encouraged urban populations to move back to the countryside, recognising that some can work from anywhere as long as they have a digital connection.”

DigitalBridge CEO Marc Ganzi adds: “Research indicates that broadband access and adoption leads to economic growth, higher incomes and lower unemployment, as well as positive social outcomes including improved health, access to education and social cohesion.” Ganzi points to his firm’s recent partnership with TIM, one of the largest mobile operators in Brazil. DigitalBridge portfolio company Highline is working to provide connectivity to parts of the country with limited access to the power grid.

Indeed, nowhere is digital infrastructure’s ability to deliver social change more apparent than in emerging markets. Schroders’ impact arm, BlueOrchard, has seen this transformative power firsthand in Rwanda, where mobile phone ownership is widespread but access to connectivity and electricity to charge the phones is not. The firm has invested in the installation of mobile phone towers in rural areas, giving communities access to mobile money.

That, in turn, is providing access to the credit necessary to install domestic solar panels, allowing easy charging and lighting. Once electricity is in place, communities can set about accessing other utilities, such as gas for cooking. “All of this is made possible by the installation of a mobile network tower in the village,” says BlueOrchard’s head of sustainable infrastructure, Ashwin West. “That is the type of impactful and sustainable infrastructure that we like to finance.”

Social impact faces another hurdle to attracting investors, in addition to LPs’ focus on climate change: a lack of meaningful ways to measure social outcomes. Metrics are more advanced around climate change, making it easier for investors to see objective progress against their net-zero pledges.

“LPs are less focused on social issues, primarily because of the complexity of measuring social impact,” says Partners Group’s Peiner. “A lot of time has been spent on how to measure environmental impact over the last couple of years and, even then, there is still a lack of conformity. Whilst the industry is grappling with solving those challenges, it hasn’t even begun to broaden the scope to incorporate social measures. LPs need uniform metrics and they just don’t exist on the social side yet.”

Wasserman agrees: “It is considered harder to measure social impact than it is environmental impact, in part because there is consensus around what needs to be measured in terms of greenhouse gases and carbon emissions. On the social side, you are trying to improve quality of life and the opportunities that individuals have access to. It is more challenging to assign specific data points to that. That challenge can be mitigated, however, by having clear intentionality in what you are trying to deliver.”

Marco Serena, head of sustainable development impact at PIDG, believes that social impact and environmental impact need to be viewed differently. “Investing for societal change is about positive impact and there is no consistent framework for measuring or valuing that at all,” he explains.

“Meeting those minimum environmental standards costs more and takes longer in developing economies. But if you are providing electricity to a community for the first time, that has immense impact in terms of progress against the SDGs, which is entirely overlooked by the market. We feel strongly, therefore, that there should be a move beyond minimum standards, and towards a focus on the positives.”

Despite these issues, climate-related investment has demonstrated the power that private capital can have in addressing global challenges. Peiner adds: “Private capital has an obligation to strive for more than just good returns. Through our controlling investments we can and must be accountable for driving positive social change. And it is a virtuous circle. By addressing the social needs that the pandemic has exacerbated, we are creating downside protection at minimum and, at best, upside potential for our investors. It is the ultimate win-win.” 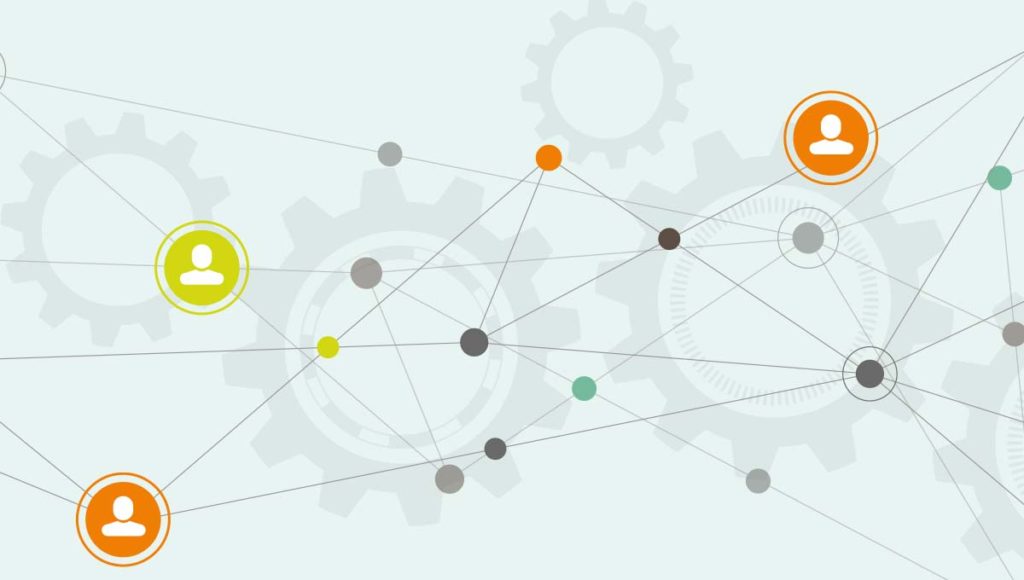 Although the amount of infrastructure capital raised specifically to further the energy transition far exceeds that raised to tackle social need, the two are inextricably linked.

“We must recognise that climate change is more than an environmental crisis; it’s a social crisis as well. Our ability to achieve net zero and better environmental outcomes is fundamentally tied to improving economic and social equality on multiple levels, including between countries, between affluent and poor populations within a country, and among diverse and marginalised communities. We need to approach infrastructure from a more integrated perspective with multiple impacts and outcomes – social, environmental and economic – in mind over the short and long term.”

“There is a false dichotomy between environmental and social impact,” agrees PIDG’s Marco Serena. “There are more synergies than trade-offs and there are benefits to bringing the two together.” Serena points to an investment PIDG is working on in Sierra Leone, which aims to provide access to electricity to 13,000 households that have never had it before. “Those off-grid systems need off-takers to improve viability. That includes not only productive off-takers but social off-takers such as schools and clinics,” he explains.

Furthermore, there is growing recognition that while the energy transition has the power to improve social outcomes, it also carries social risk that must be mitigated. “There is currently a massive case study in the making in the Just Energy Transition programme announced for South Africa at COP26,” says PIDG’s Philippe Valahu. “You could argue that the energy transition is an environmental play, but moving away from coal in South Africa will have huge social consequences and won’t be possible without a plan of action for those left without a job.”

“Climate change is a vector for social inequality, certainly. At the same time, we need to address climate change in a way that doesn’t trigger additional social issues,” adds Cube’s Aurélien Roelens. “We have seen a clear example of that in France, where environmental regulation impacting the price of fuel sparked a social movement because people do still depend on diesel cars when they are living in rural regions instead of Paris. The two things need to be considered together, which is reflected in the spirit of the EU taxonomy. The environmental taxonomy emphasises the importance of avoiding social harm, while the social taxonomy, when it arrives, will require no harm to the environment.”