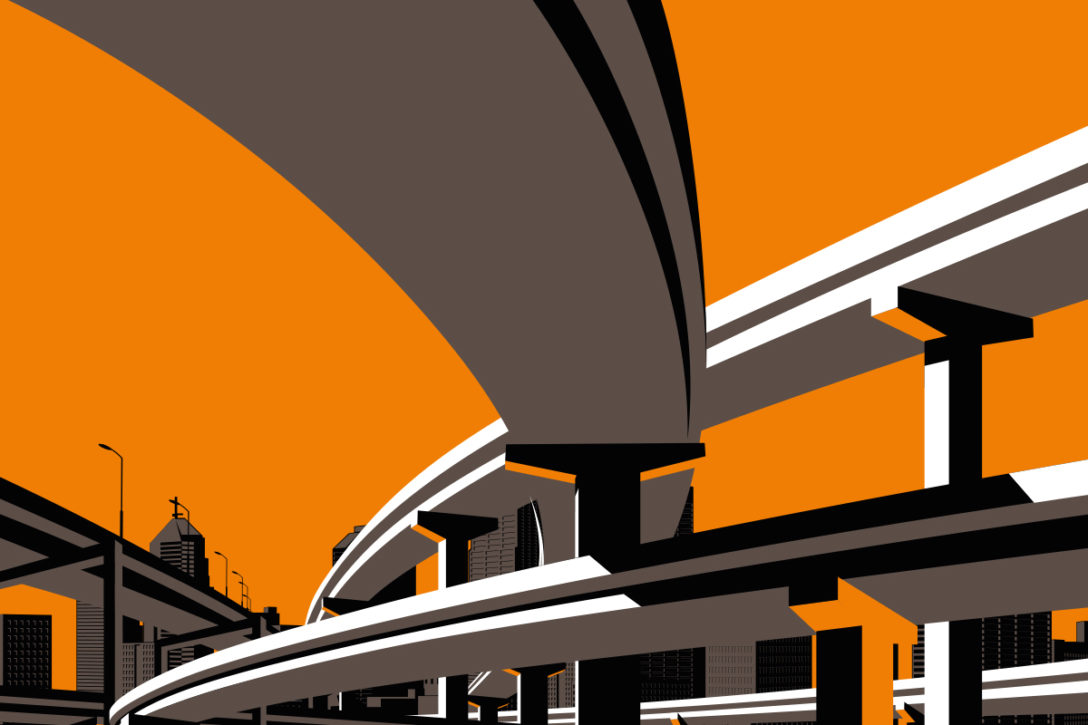 Joe Biden has set out bold plans for transport infrastructure to “build back better” from the pandemic. The US president wants to rebuild and repair thousands of miles of roads across the country, as well as thousands more bridges that are in desperate need of attention. Yet despite initial excitement about what his infrastructure bill might mean, there have been few opportunities thus far for the private sector.

That said, some ambitious projects are emerging and longer-term opportunities abound, according to investors. Privatisations could also boost the opportunity set, though the political will for these has ebbed and flowed.

The president hopes to get a $2 trillion package through Congress, made up of new pledges and projects already announced. Existing programmes, spending by individual states and the prospect of future pledges from the White House all point to an exciting future opportunity set for investors.

The Infrastructure Investment and Jobs Act has earmarked specific amounts for transport, including $110 billion for roads and bridges, $66 billion for passenger and freight rail, $39 billion for public transit and $25 billion for airports.

As local and long-distance travel begins to recover after the severe restrictions brought on by the pandemic, the impetus to build back better is strong. However, there is no direct line between policy and private sector investment. Biden’s two immediate predecessors as president also made big promises on infrastructure, and found out how hard it can be to deliver.

Barack Obama said in 2011, after his plans failed to meet expectations, that “shovel-ready was not as shovel-ready as we expected”.

In short, it may take some time before the nature of the opportunities crystallises. Private equity firms have already expressed concern that they may not see much benefit if there are not enough public-private partnerships available through which to procure projects and assets.

In August, Reuters reported that although the draft bill would force cities and states seeking major federal funding to show they had considered using PPPs to procure projects, it stopped short of instructing them to use such structures. This was despite lobbying from major private markets investors, such as Blackstone and KKR, which have raised significant amounts from LPs to put to work in infrastructure.

“The most successful PPPs will be those which are fundamentally economic, appropriately allocate project risk and properly incentivise the private sector”

The perception of PPPs has not been helped by the saga of Maryland’s Purple Line transit system. In mid-2020, the consortium – led by Texas-based Fluor Corporation, PPP specialist Star America and French manager Meridiam – walked away from the project, as reported by Infrastructure Investor, after claiming that the project had accumulated more than $755 million in delay-related cost overruns that the state of Maryland had refused to pay. The situation has since been resolved, with Meridiam and Star America continuing in the consortium alongside a third player that is still to be finalised.

Maryland transit officials plan to have a new construction team in place by mid-February 2022, meaning the project will be approximately five years behind its initial schedule.

Some US cities oppose PPPs because they mean loss of control over the number of jobs that can be created and the revenue that can be generated. If cities and other regional or state governments are unwilling to release their control, there will be little that private equity and infrastructure investors can do to advance the aims of Biden’s bill.

However, as Peter Stonor – global head of transport, infrastructure and industrials at investment bank VTB Capital – explains, PPPs are “an important delivery tool” for the bill’s aims: “The most successful PPPs will be those which are fundamentally economic, appropriately allocate project risk, and properly incentivise the private sector in order to attract the billions of dollars in dry powder available from infrastructure investors.”

Airports worldwide suffered badly last year, with the number of flights down by around 95 percent in the first lockdown, notes Thomas van der Meij, head of listed infrastructure at Kempen Capital Management.

However, he adds that the situation has improved gradually, and the success of vaccination programmes resulted in flight capacity shooting up in August and September, albeit from an historically low base.

Van der Meij says his firm is “carefully considering” how quickly air traffic is likely to normalise, with border closures and specific routes still subject to restrictions. Airports focusing on short-haul flights should recover first, he says, with a normalisation in long-haul flights somewhat further away.

Demand for business travel – historically the most profitable area for airports – is likely to be lower as a result of the pandemic, as companies reassess their spending priorities and put greater emphasis on virtual meetings and conference calls.

However, Kempen has retained some exposure to US airports. “Despite the difficulties for the sector, there are interesting opportunities based on valuation – as long as liquidity could absorb a potential slower recovery,” van der Meij explains.

VTB Capital’s Stonor notes that airports have demonstrated impressive resilience in bouncing back from short-term systemic and asset-specific shocks. He cites previous pandemics, such as SARS in Asia from 2002-04, the terrorist attacks of 11 September 2001 and medium-term economic shocks, including the 1997 Asian financial crisis and 2007-09 global financial crisis, as examples.

“This resilience made airports a favourite for infrastructure investors,” he says. “However, covid-19 has had a much deeper, longer lasting impact, with aviation being one of the most challenged sectors. Global air passenger traffic was down over 60 percent in 2020 and is projected to still be down 50 percent in 2021 compared with pre-covid-19 levels.”

However, Stonor is adamant that the sector will recover again. “While other industries undergo permanent change, [such as] the switch from conventional to electric cars and from fossil fuels to renewable energy, people will still fly to visit friends and family, to go on holiday and for business,” he says. “Airports may have moved up the risk curve for infrastructure investors, but they remain essential services with high barriers to entry and long-term growth correlated to GDP.”

In a paper published in August, think-tank the Reason Foundation argued that US cities and states could realise billions of dollars through ­privatising airports. It cited a sample of 31 airports across the country with a combined estimated “high valuation” of $59 billion net of debt considerations.

Lambeth International Airport in St Louis has twice been considered for privatisation but the idea was shelved last year after protests against the subject being put to a ballot. The Reason Foundation’s report stated that the airport is worth $1.7 billion, or $960 million net of debt. It also pointed out that demand for such assets is high, as demonstrated by the 18 bidders for the airport’s lease when it was initially proposed as a PPP in 2019.

Another Missouri municipality, Kansas City, has also discussed privatisation of its international airport, which could generate $966 million net of debt. However, Robert Poole, author of the Reason Foundation’s report, argued that the money raised from PPPs involving airports should not necessarily be seen as a way to balance budgets in the short term.

“Governments that contemplate PPP leases of any infrastructure assets need to weigh alternative uses of the net proceeds against their pension fund needs, their overall jurisdictional indebtedness, and their currently unbudgeted infrastructure needs,” he wrote. “Those would each be worthwhile uses of lease proceeds, as opposed to using such proceeds for short-term budget-balancing.”

Overall, commentators on the infrastructure investment sector are optimistic about the prospects for returns from the US’s work on road networks.

“We expected the recovery to vary per sector, with volumes at toll roads recovering faster than airports,” says Kempen’s van der Meij. “You will be driving to work before you will be allowed to fly internationally.

“With easing restrictions in the second quarter, volumes for transport infrastructure have picked up again. We see the number of cars on toll roads is again close to the level of 2019. The number of trucks – given online shopping – is well above the level two years ago, while the numbers of passenger cars can recover further.”

Stonor agrees that toll roads were less impacted than airports because of the strength of freight haulage, which was boosted by online shopping. He also notes the shift from public transport to private cars, which many people felt gave them protection from infection.

“Many toll road PPPs performed well through the [pandemic],” he says. “As countries emerge from lockdown, cars are likely to remain the preferred mode of transport, unless governments do more to promote environmentally friendly public transportation.”

In addition, $1 billion of transportation infrastructure investment supports up to 13,000 jobs a year, according to the US Council of Economic Advisers. This implies that Biden’s plan has the potential to create millions of jobs.

Alongside the infrastructure investment plan is the president’s similarly bold aim to put climate change mitigation at the heart of his administration. In April, Biden pledged to target a 50-52 percent reduction in the US’s greenhouse gas emissions compared with 2005 levels, including through “building modern, efficient, electric vehicles and the charging infrastructure to support them”. This will require significant investment in renewable energy and cleaner transportation.

Consultancy group Kearney highlighted the importance of climate change in a recent infrastructure investment report. Authors Andrés Mendoza Peña, Julien Lacroix, Saikrishnan Ramamurthy and Rebecca Barkley stated: “Investments in rail and electric car infrastructure will be essential to reducing the immense carbon footprint of US transportation. In order to prepare for the floods, fires, temperature extremes, and other climate change effects that are already literally baked into the planet’s system, roads, bridges, and other transportation infrastructure must be made more resilient.”

“The US government’s investments alone won’t be enough to make the Biden plans a reality: private capital will also be needed”

PPPs can help realise this goal, according to RSM International. In an article in September, RSM partners Alex Kotsopoulos and Anthony DeCandido argued that such partnerships had already helped Canada to develop its infrastructure, with a number of environmental benefits.

“Vehicle types, how people and goods move around, and access to mass transit are particular aspects of the [Biden infrastructure] bill that could benefit from PPP investment,” they wrote. “Innovation in these areas is a pervasive theme in ESG, but it doesn’t get enough hype; standard renewable energy and existing technologies are usually top of mind. Innovative mechanisms toward green economic development can create jobs and opportunities as well.”

Despite headwinds and uncertainties, there are clear opportunities for investors that are willing and able to take on the challenge of revitalising US infrastructure.

“We believe the US government’s investments alone won’t be enough to make the Biden plans a reality. Private capital will also be needed,” concludes Kempen’s van der Meij. “Many listed companies will be keen to get involved in the projects, creating a broad array of opportunities for investors.”

Biden’s infrastructure bills could be just the start. The American Society of Civil Engineers estimated in 2017 that $2 trillion would be needed to cover the investment shortfall alone.

Maintaining investment over the longer term will require even more. If the private sector can step up and deliver, the opportunities will keep on coming.