Over six months since the first US states went into lockdown, the world remains in the grip of a virulent pandemic. Covid-19 has transformed the way we live our lives. It has ravaged entire industries, while propelling others to unforeseen heights.

Even the self-proclaimed safe haven of infrastructure has not been immune to the pervasive impact of coronavirus. Indeed, an asset class that prides itself on finessing every last column has quickly realised that attention to detail is meaningless in the face of an overwhelming change to the big picture.

“I think many of us have been guilty of focusing on that second decimal place of IRR [internal rate of return] without looking more carefully at what might knock 50 percent off revenues,” says David Williams, managing director and head of global infrastructure and power at CIBC, during our latest North American infrastructure roundtable – held, by Zoom of course, last month.

“What’s the big lesson we have all learnt?” adds David Fass, head of Americas at Macquarie Infrastructure & Real Assets. “It’s that things happen. We have rooms full of people staring at spreadsheets, trying to refine every single thing, when what we really need to do is keep our heads up. I don’t think any of us could have spelt the word epidemiology six months ago. Now, we are all quasi-experts.”

As investors in multiple assets and sub-sectors of infrastructure, funds are ideally placed to form their own view on how the global situation is evolving. “We all have access to CEOs and other board members,” Fass says. “It is important we use those tentacles we have in the world to gain insight.

“Without the benefit of on-the-ground intelligence, I would have thought it would be impossible to buy an iPhone for the next year and that we wouldn’t be able to access fresh food. We have shipping ports on the East and West Coast and through daily calls with the port operators in Long Beach, California, and Seattle, Washington, even at the heart of lockdown, it was clear that if eight ships were expected from Asia in a week, perhaps six would arrive. It is important to look past the chaos into real world data.”

Another critical lesson learnt has undoubtedly been the importance of diversification. “If all you owned was airports right now, things might be feeling a little precarious,” says Williams. “However, if you own airports and digital infrastructure, your portfolio is more balanced, allowing you to be patient as the airport sector improves.” 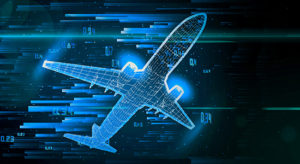 Most obviously, passenger transport has declined dramatically, while our need to stay interconnected in lockdown means digital infrastructure has come to the fore.

Another sub-sector that has experienced a significant boost is logistics. I Squared Capital owns a business that leases marine chassis flatbeds in ports, which move containers to warehouses and back again. “An acceleration in e-commerce throughout the US has seen a major increase in utilisation of those types of off-road rolling stock,” says Thomas Lefebvre. “The logistics sector has seen massive tailwinds in the face of adversity.”

A spate of North American rail investments were also made over the summer, largely as major corporations under pressure from the pandemic look to streamline their operations and strengthen their ailing balance sheets.

However, the fallout from covid-19 is likely to have a longer-lasting impact on logistics and the international trade relations that underpin it. “It felt like this country got caught rather flat-footed when it came to its dependence on global supply chains, particularly healthcare,” says David Fass. “I am a huge globalist, but I think there will be more domestication of critical goods – and not just healthcare, but food and energy as well.”

It is a sentiment echoed by Kevin Genieser, senior partner at Antin Infrastructure Partners, who emphasises the importance of not being overly levered during turbulent periods such as this: “Making sure you have visibility with regards to those cashflows, and ensuring you have the right overall liquidity position, will be key to surviving the pandemic over the next few months.”

Genieser adds that the crisis has forced infrastructure investors to reexamine the essential nature of the services they provide: “Companies truly deemed as essential by government have been able to continue operating successfully throughout the pandemic. Diversification, liquidity and essential services are the three themes that have really resonated with me.”

For I Squared Capital partner Thomas Lefebvre, meanwhile, the unprecedented nature both of the pandemic and the policy response has underlined the importance of speed and agility.

“The lesson I have taken from 2020 is: don’t miss out on the trough,” he says. “Because of a mass injection of money by the Fed and state governments, things started to look prettier – both on equity and credit markets – much more quickly than most of us expected.

“It is really important to be fully abreast of all the different stocks or credits that you are tracking because a lot of those companies will find themselves in a temporary bind and will need some form of structured financing. You have to be ready to hit fast.” The energy industry, meanwhile, is one area of the economy that was already experiencing major upheaval ahead of the coronavirus outbreak. Geopolitical tensions with Saudi Arabia and Russia meant investors were already hyper-aware of underlying change, even before the pandemic saw demand for energy slump.

But according to Williams, there is no question that the pandemic has exacerbated risk for upstream, commodity-related assets: “I don’t think the world will stop using traditional oil and gas for a long time. However, it will be harder to make money. It is a matter of picking your spots. There is no denying that Exxon is off the Dow now and has lost over $150 billion in market capitalisation.”

Indeed, Lefebvre talks of some consultancies predicting that 1 million to 2 million barrels of US production a day would be erased in the medium term. “That means we are absolutely going to need to focus on the best basins,” he says. Meanwhile, long-term trends are at play too. Around 70 percent of crude consumption in the US is devoted to transportation, and a sizeable proportion of that goes towards cars.

“Young people are going to desire and own electric vehicles, so we have to expect some decrease in the need for crude oil,” Lefebvre adds. “There are also counterbalancing trends. Energy consuming sectors will pick up again. Petchems are going to be prevalent. And there will always be good export opportunities for US crude. But in the long term, we will have to grapple with the fact that there will be less US production and that will clearly impact what we, in the infrastructure space, are focused on: moving molecules. If there are less molecules to move, you need to be sure that you go where they are still flowing out of the ground.” 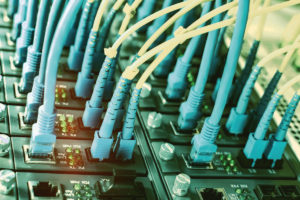 If transportation and energy are troubled, surely digital infrastructure is the asset class’s silver lining

Demand has rocketed with the proliferation of remote working and the general stresses and strains of lockdown. Antin owns four fibre businesses around the world and Kevin Genieser believes demand will only grow. “5G is not all that far away,” he says. “Automated vehicles are on the horizon. Not so long ago, people questioned whether this represented an essential service. The broader telecoms sector had been through some challenging times and they were unsure as to whether this was a safe place to put money to work. But while many of us are blessed to work in US cities with good fibre connections, whole swathes of the country don’t have that luxury. There are huge opportunities to build up infrastructure in those second- and third-tier markets.”

And while covid has had an impact, Genieser says the trend is unlikely to be reversed: “My team has conference calls every day. That is how we are doing the vast majority of our due diligence. Yes, people will travel again and yes, there is nothing like shaking hands and looking people in the eye, but there will be permanent changes to the way business operates.”

David Fass, however, has a word of caution. Although he describes digital infrastructure as an exciting area that Macquarie is focused on, he points to the danger of customer concentration as major technology companies gain ever more pricing power as the world’s most sought-after customers.

“Digital infrastructure feels easy right now, just because we are in the first innings of the institutionalisation story,” says Fass. “But being in retail seemed easy until big-box retailers and e-commerce came along, and everyone from Procter & Gamble to Unilever had to shift their business models to adapt to these industry behemoths. I think we have to be wary of concentration issues.”

What is clear is that just about every industry that falls under the ever-expanding umbrella of infrastructure has experienced major flux as a result of the pandemic.

However, it is equally clear that infrastructure will play a critical role in the recovery of the North American economies.

“I do believe there will be major opportunities in the medium term for infrastructure managers to work with governments to find creative solutions to getting ourselves out of this,” says Fass. “There will be real challenges in terms of how the private sector and public sector work together. But I think the infrastructure sector can be part of the dialogue with government and I think we can come up with innovative ways to come out of this thing stronger.”

Genieser agrees. “I think infrastructure will be key to getting society up and running again,” he says. “This is one area that everyone agrees more capital should go into.

“I am excited about the next chapter and believe funds like ours are going to be really important to navigating our way back from this crisis.”

Thomas joined I Squared Capital in 2012 as a founding principal and managing director after spending a decade at Morgan Stanley, including six years as part of the investment bank’s infrastructure investment arm. In February, he was promoted to partner.

Kevin joined Antin in 2017 and is a member of the investment committee. He is a board member of portfolio companies FirstLight Fiber and Vicinity Energy. He previously worked at Morgan Stanley where he was a managing director and group head of power and utilities for EMEA, having previously focused on clean energy for the bank in New York and Silicon Valley.

David was appointed head of MIRA Americas in April 2019. He is responsible for overseeing asset management activities and sits on the investment committees of several of MIRA’s funds. Prior to this role, he was chief executive of MIRA’s operations in Europe, the Middle East and Africa. He has previously worked at JPMorgan and Deutsche Bank.