This article is sponsored by Meridiam

What does impact investing mean to Meridiam and how do you define it?

Impact is first about intent and then about measurable outcomes. So, as a firm, we’ve defined impact in a way we could measure it, by aligning our contributions to a number of the United Nations Sustainable Development Goals (SDGs), which we’ve identified as strategic for us.

Impact is also about the difference you are actually making. You’re not going to have the same impact building a 1GW solar plant in France as you are in the middle of Africa – 1GW of solar in Africa will make a huge contribution to the continent’s clean energy production, but in France it would seem rather small. So, impact is also relative with regards to the local environment.

What impactful outcomes are you specifically looking to address as a firm?

We’ve selected five strategic pillars in terms of delivering and measuring impact. The first relates to sustainable infrastructure and sustainable cities – SDGs 9 and 11. The second involves the provision of affordable and clean energy – SDG 7. The third pillar is climate action – SDG 13, and we measure the temperature of our portfolios to align them with the Paris Agreement and a two-degree or less trajectory.

The fourth is focused on inclusion, and for this we have some subcategories around gender balance, access to quality employment, and both economic and social value creation. They include SDGs 5, 8 and 17. Our final pillar is about protecting and enhancing biodiversity – SDGs 14 and 15.

Those five pillars drive our mission. They ensure that as an organisation we use our skills and investment to maximise the benefits we deliver for people and the planet.

How do you measure progress against those SDGs?

The UN SDG system comes with its own set of KPIs and indicators, which are very helpful. But obviously you sometimes need to build proxies, in order to measure what’s appropriate for a particular company or project. So, Meridiam has developed its own proprietary Sustainability Impact Measurement Platform called Simpl to address this. It took two to three years to build such capability. We also set up an independent scientific committee overseeing our use of the tool, in order to build transparency and credibility.

Can you share an example of an investment that’s met some of those SDGs?

One example involves a 46MW biomass plant that we own in Côte d’Ivoire with EDF, known as BIOVEA Energie. This business is creating a positive impact by providing clean energy to a community, meeting the renewable electricity needs of 1.7 million people per year, all powered by agricultural waste.

But what really excites us is the social dimension. This is a facility that allows 12,000 smaller planters, in a 60-kilometre radius, to recycle the residues of palm leaves from the local crop. In selling such waste, these planters have been able to restructure the way they organise their production. That will create a 20 percent increase in income for these planters and, therefore, a meaningful improvement in living conditions for a rural community which was previously struggling.

In addition, around 5,000 new jobs will be created, while the project will also contribute to the fight against deforestation by promoting good agricultural practices that will increase yields. Finally, the planters will benefit from the provision of combustion ashes, which will be used as a natural fertiliser.

SDG 7 – the provision of clean energy – is a relatively simple one and this plant will certainly contribute to Côte d’Ivoire’s ambition to achieve 42 percent of its energy mix from renewable energy sources by 2030, while cutting greenhouse gas emissions by 4.5 million tons of CO2. This is the kind of social impact that makes all the difference when we’re reviewing an investment of this nature. 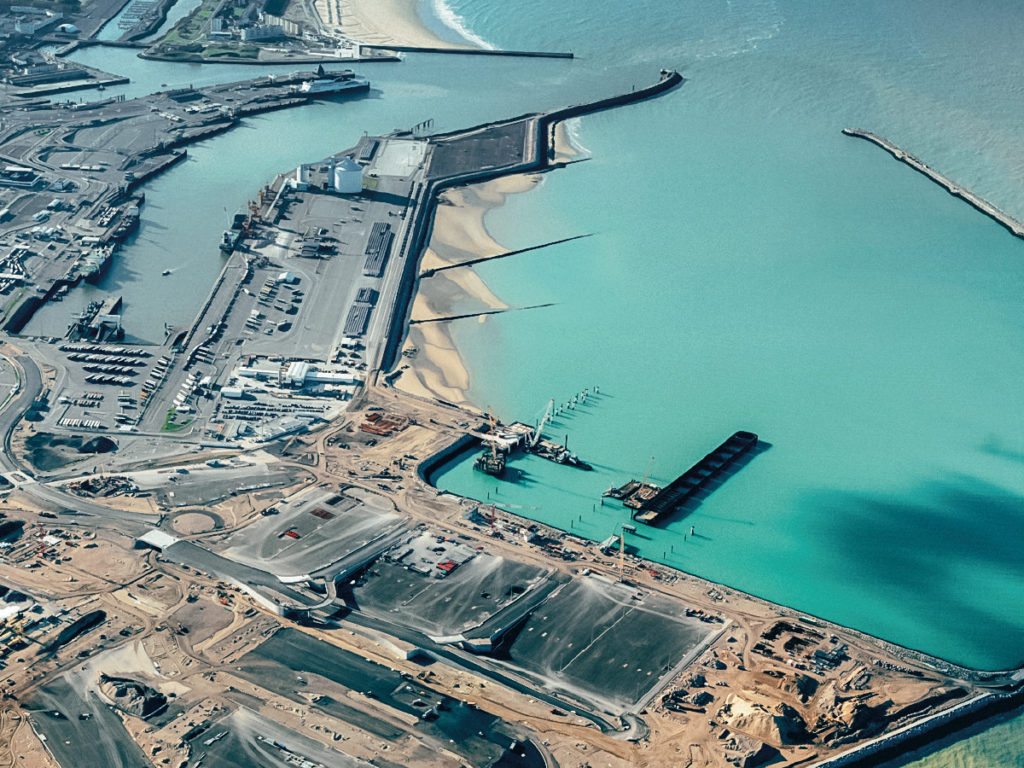 Decent work and economic growth is one of the SDGs that I like to highlight, and our investment in the extension of the Port of Calais is an excellent example of putting this into action.

We’ve just completed six years of construction at a time when the world has faced not only covid, but also Brexit. Calais is the major link between France and the UK, carrying 10 million passengers and 43 million tons of freight per year. Maintaining that flow of goods and people was clearly impactful in its own right. But our investment also had a significant impact, both on ensuring the resilience of the infrastructure in the face of climate change, but also the economic and work prospects of the communities in Calais.

The project was designed to anticipate the long-term effects of climate change by protecting the port against rising sea levels, while preserving the environment and biodiversity. Meanwhile, Calais has been a poor and neglected city for many years, struggling to deal with a refugee crisis. Our investment injected significant capital into that community.

We implemented a number of programmes to retrain the local population, allowing it to take advantage of the jobs we were creating. During the entire duration of the works, approximately 3,500 people worked on the site daily, representing nearly three million cumulative work hours, with over 2,000 jobs created.

At the same time, we supported an ecosystem of local small and medium-sized enterprises (SMEs), which received €185 million in contracts. In this way, Meridiam has both supported trade through improvements made to a major logistics route and ensured that the local community enjoyed the benefit of our investment.

COP26 is just around the corner. What is the role of impact investing in tackling climate change?

Impact investment must become more mainstream. I’m the chair of Finance for Tomorrow, a Paris-based group tackling the issue of sustainable finance. Together with government, we’ve put together a working group on impact, which is looking to build consensus around a definition and then agree methodologies to make that consistent.

Providing clarity will promote the use of impact. That is important because impact investing has the potential to play a huge role in tackling climate change, precisely because tackling climate change alone is not enough. We need impact investors that are set up to take the other SDGs into account, as well. In that way, impact will become paramount in solving the equation of a just transition.

How does an impact approach lead to value creation?

Infrastructure assets typically rely on long-term contracts with the public sector. By approaching environmental and social issues in an impactful way, you are reducing the level of risk on your contract. That creates a resilience around cashflows that you wouldn’t otherwise have.

What is your approach to communicating impact to investors and why is that important?

Communicating impact is very important to our investors, but also to all the other stakeholders involved in our assets and projects. It’s impossible to imagine owning a port or airport today without expectations around the communication of impact to public sector stakeholders, for example.

And then, as you say, investors are also increasingly demanding transparency around that impact as well. To that end, we’ve created an online platform where investors can readily view the non-financial performance of their own investments.

How would you describe investor appetite for impact and is it changing?

Impact used to be viewed as an opportunity for foundations to do good, but at a cost to financial performance. That misperception has now largely been dispelled and we’re proud to promote this idea that financial and impact performance actually go hand in hand.

Impact simply isn’t sustainable without that financial objective. As a result, we’ve seen investors that were initially curious about impact now increasingly embracing the idea that it needs to play a role in their portfolio.

Meridiam has become a benefit corporation. What does that mean?

We’re currently a benefit corporation under French law and in the process of registering to become a benefit corporation in the US. What it means is that we’re formally a mission-driven company and, as such, legally allowed to include social and environmental objectives in our bylaws – in our corporate goals – alongside financial objectives. And we must report against those goals.

Further, we have to appoint an independent mission committee to oversee our impact measurement and performance, and submit ourselves to independent audits.

The adoption of this status was made possible by the promulgation of the Loi Pacte by Emmanuel Macron in May 2019, and Meridiam became one of the first French companies to take advantage of that, just a few months later.

What role will impact play within infrastructure going forward?

Impact will increasingly drive strategic flows of capital for infrastructure. The world is under growing pressure to deal with climate change, on the one hand, while also having to deal with challenges around economic development and a fair transition on the other.

Having clear intent and then being able to measure performance against those intentions is entirely appropriate for infrastructure investments. That, in turn, will make impact progressively more mainstream within the asset class.