How investors view infrastructure is changing, but one thing is clear: they fear a crowded asset class.

A survey of institutional investors conducted by US placement agent Probitas Partners shows that the industry’s top fear for the infrastructure asset class is that too much money is compressing returns. Seventy-four percent of respondents from around the world said this industry trend is what “keeps them up at night” the most, more than double the proportion of those surveyed a decade ago.

Fears that the industry is at or nearing the top of a market cycle have also been a major concern over the last three surveys. “These two fears are by far the largest concern of investors, the only two cited by more than 50 percent of respondents,” Probitas stated in its survey.

Public pension plans and insurance companies are the main drivers for institutional capital moving into infrastructure, and the Probitas survey showed those are coming in the form of mid-size commitments. The largest percentage of respondents, 33 percent, said they plan to allocate between $100 million and $250 million to the asset class next year. Only 21 percent said they plan to allocate $500 million or more.

Investors focusing on mid-market funds is one of the key trends Probitas has identified through its conversations with infrastructure investors beyond the scope of the survey. “Investors highly focused on returns have begun to turn to middle-market opportunities, more often executed in independent rather than PPP structures, to achieve their return targets,” Probitas stated in the report.

Investors are also moving away from PPPs, Probitas has found, due to difficulties executing requests for proposals, blowback on previous projects and political infighting in certain jurisdictions.

Another way in which capital flooding the market is leading investors to change their approach to the asset class is that core brownfield infrastructure funds, once the industry mainstay, now trail riskier and higher-returning value-added funds as investors’ favoured strategies 41 percent to 59 percent.

Despite increased competition in developed markets, LP interest in emerging markets has declined since last year. Nearly three-quarters of respondents said they are less interested in emerging markets due to political, economic or currency risk, while interest in the sector’s long-term growth potential fell from 29 percent last year to 17 percent in 2019.

The Probitas survey – Infrastructure Institutional Investor Trends: 2019 Survey Results – polled LPs, as well as the consultants that represent them, from developed and emerging markets alike. Sixty percent of respondents were based in North America, 22 percent in Europe and 16 percent in Asia. Probitas did not indicate the total number of respondents participating in the survey. 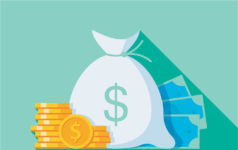