More than $200 billion is expected to be injected into global healthcare infrastructure by 2023, according to an Octopus Group survey of institutional investors representing a combined $6.8 trillion. Overall healthcare expenditure is projected to climb at an annual rate of 5.4 percent between 2017 and 2022, from $7.7 trillion to more than $10 trillion.

The drivers behind this enormous societal need are obvious, and foremost among these are the growing and ageing populations in developed economies. In the UK, the number of centenarians has increased by 65 percent over the past decade. Scientists studying longevity have put humans’ potential lifespan at between 115 and 150 years.

Advances in medical technology mean doctors are now able to treat many acute illnesses. This is resulting in a greater prevalence of chronic disease instead. Patients living with long-term illnesses such as heart disease or diabetes require different and often greater care.

“The highest population growth can be found in the over-80s,” says Julie-Anne Mizzi, AMP Capital’s global head of infrastructure health. “The ability to treat communicable diseases, combined with lifestyle changes, means we have ended up with more chronic illness, which requires greater health assistance.

“Dementia is pervasive, with 80 percent of over-85s suffering some form of memory loss. And improvements in health research and provision have meant that children with significant complications and conditions are living far longer into adulthood, meaning more care is required throughout their lifetimes.”

But as demand soars, the ability to fund healthcare diminishes. Demographic shifts are placing a severe strain on stakeholders’ ability to foot the bill. Patients’ contributions are increasing, and this is leading to growing expectations about the levels of service they will receive.

“There is a huge expectation that the quality of care will continue to improve without compromise with every generation,” says Bruno Candès, partner at InfraVia Capital Partners. “At the same time, governments are looking to reduce budgetary burdens and increase the role of private sector delivery. Even if the economy suffers, we will still need to care for our parents and grandparents.”

Although healthcare used to be restricted to property plays, infrastructure investors are now willing to embrace the care component. “There is a recognition now that the funding model provides a stability of income,” says Mizzi. “There is enough data to prove the stickiness of clients and to measure the lack of sensitivity to GDP growth.”

“Are these essential services? Yes,” says Candès. “Are there barriers to entry? Absolutely. Is there stable and growing demand? Of course. That, fundamentally, is why we believe healthcare constitutes critical infrastructure.”

Investors will look to pursue myriad healthcare opportunities over the next decade. Elderly and specialist care are proving particularly attractive. A growing recognition that mental health is critical is driving a surge in demand for facilities. Primary care will also feature heavily as governments, insurers and patients prioritise cost-effective early-stage prevention.

We will also see new models. The Scandinavian countries are leading the way with integrated care – Denmark is investing heavily in ‘super-hospitals’ with attached teaching universities and biotechnology campuses. Ireland is also pioneering primary care centres working alongside acute facilities.

Decentralisation will be another key theme, with more treatment outside hospitals – either in smaller, dispersed care facilities or at home – as technology allows patients to be discharged sooner.

Each of these trends is underpinned by an inexorable rise in demand. Infrastructure investors willing to embrace not only the sector’s physical requirements, but the provision of care itself, will be spoilt for choice in the years to come.

The sector has often lagged other industries when it comes to tech, but it is making up for lost time.

“We are starting to see technology play a role in all sorts of areas, from elderly care, to the tech-based provision of pharmaceuticals,” says AMP’s Julie-Anne Mizzi.

Digital technologies, from robotic process automation to the Internet of Things, are helping the transition to new models of care. This has implications for physical infrastructure. ‘Super-hospitals’ that bring everything under one roof are proliferating and hospital design is changing. Guy’s Hospital in London, for example, has opened a cancer centre built as a series of villages, each with a different purpose.

Virtual hospitals, using telemedicine and outreach clinics, are a real possibility. In some countries, 70 percent of consultations already take place over the internet. The need for physical infrastructure will remain significant but it will be more dispersed. 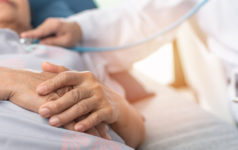 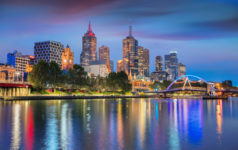