This article is sponsored by Aquila Capital 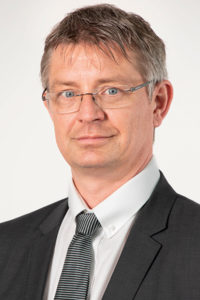 Renewables are on the rise – not only as an increasingly important source of energy for electricity generation, but also as a capital investment for institutional investors. On the one hand, their further expansion is invaluable in achieving global climate policy goals. On the other hand, they represent investment opportunities with attractive and, more importantly, reliable cashflow returns, which makes them a suitable investment alternative in light of very low interest rates. The strong expansion of renewable energy capacity in recent years can mainly be attributed to wind and solar energy. The commitment of most institutional investors is also focused on these two types of generation.

Nevertheless, hydropower is one of the oldest, most established and most efficient energy sources used by humans to date. It continues to account for the lion’s share of global electricity production from renewable energy sources with a share of more than 70 percent.

Currently, there are hydropower plants in approximately 100 countries around the world. In 2018, hydropower comprised a 16.4 percent share of the world’s electricity generation. This share varies significantly from city to city and country to country, and in some cases, hydropower can completely dominate energy sources – in Norway, for example, hydropower makes up 97 percent of the energy mix, and in 31 cities across the world, 100 percent of the electricity is generated from hydropower.

In 2018, hydropower accounted for over two-thirds of the renewable energy generated at 4,311TWh, despite a significant expansion in alternative energy sources including solar and wind. Looking ahead to 2030, hydropower is forecast to hold onto its share in the world’s total power generation, amid a rising contribution of power generation expected from solar and wind technologies.

Hydropower also has among the best conversion efficiencies of all energy sources, because the conversion process captures kinetic energy and turns it directly into electric energy, with little or no losses occurring through heat or inefficient processes. The total conversion efficiency of a hydropower plant typically ranges between 90-95 percent. This is in contrast to the approximate 45 percent efficiency of wind and 25 percent of solar.

Institutional investors should give more consideration to hydro

Hydropower is under-represented in the portfolios of institutional investors in relation to its importance in power generation, as hydropower differs significantly in some respects from the more common form of electricity generation using wind energy or solar.

Hydropower, for example, generally requires higher upfront investments per megawatt hour of generation capacity. Plants demand greater adaptation to the natural elements and surroundings of the site than the comparatively standardised solar or wind power plants.

The necessary technical know-how is also much higher and active management more complex, and in most countries, hydropower is not subject to public subsidies or state-guaranteed feed-in tariffs.

The latter is not a disadvantage per se because hydropower plants can be operated economically and with stable returns even without subsidy structures. Depending on the risk appetite of investors and operators, the electricity generated can be sold via long-term purchase agreements with utilities and industrial consumers or directly on the spot market.

Most importantly, hydropower offers significant diversification potential compared to wind and solar energy. Hydropower, for example, can handle base loads, meaning that electricity generation is naturally relatively stable and fluctuates minimally over the course of the day or year. The dependence on short-term meteorological developments is also significantly lower.

This is particularly true if the power plant is linked to a storage lake. In times of high production of other forms of generation, the storage capacity enables the excess energy to be stored by filling the reservoirs. In times of high electricity demand, the water is fed through the turbines and the generated electricity is distributed into the power grid. The annual total of up to 5,000 full-load hours is around three times higher than wind energy and six times higher than solar.

The operating lives of hydropower plants tend to be very long; many power plants have been in reliable operation for more than 100 years. In light of this, independent electricity markets are also an opportunity.

Independence from government-imposed remuneration structures that are fixed for a certain period of time allows for flexibility in the electricity prices achieved and thus a certain protection against inflation. The occasionally high price volatility on the spot markets can be effectively hedged by concluding long-term power purchase agreements for at least part of the electricity generated.

As a result, the yield structures of hydropower plants show relatively low correlations to wind energy and solar. Typically, the correlation coefficient is below 0.3 according to a study conducted by the Vienna University of Technology, which showed that diversification across the three types of power generation and across different regions has a stabilising effect on portfolios. This is particularly true if the hydropower portfolio itself is also diversified and decentralised, meaning that temporary failures of individual plants can be compensated.

The residual value of a hydropower plant tends to be higher than solar and wind plants, due to the long service life of the technology and the very long or perpetual operating licence periods. This results in a lower yield for hydropower investments during the run time of the asset.

One method to increase the yield is to add assets from a portfolio where there is no or little residual value of the hydropower plant. Such an asset might be a hydro plant that must be sold or given back to the government for free or at a very low price.

For example, in our Portuguese investment portfolio, which currently comprises 21 operational small-scale hydropower plants located in northern and central Portugal with a total capacity of approximately 100MW, the hydro plants will be given back to the Portuguese government at the end of the concession rights. Therefore, there is no residual value, which increases the yield in this investment by moving the investment returns to the front.

Another option is to issue a bond with a bullet structure on the asset, in order to reduce early debt repayments. In our Norwegian portfolio in 2018, we issued our first green bond through Småkraft, a Norwegian hydropower operator. Proceeds from the €50 million five-year bond were used to finance the company’s growth, however, it also had the desired effect of increasing the yield upfront.

The design and size of hydropower plants can vary considerably. On the one hand, there are huge dams with power plants that are among the most powerful in the world. On the other hand, in some countries small hydropower plants (in the form of run-of-river or reservoir power plants) make an important contribution to the decentralised supply of electricity to small towns in remote regions.

Norway is an excellent example of this. The country is rich in water and has high mountain relief. This provides optimal conditions for the operation of hydropower plants. Norway has a long tradition of decentralised energy supply via local run-of-river power plants – split between public and private ownership. This makes it possible for investors there to acquire larger portfolios of run-of-river power plants and operate them efficiently thanks to greater scalability. The high rainfall in the north of Portugal and Spain also offers a very attractive environment for investments in decentralised hydropower plants.

Hydropower plays a key role in the European energy transformation process, not just because of its large production potential. Unlike solar and wind energy, hydropower is generally capable of bearing base loads and the energy from the water can be stored by comparatively simple means.

This is a quality of hydropower that institutional investors can profit from. The mature technology, with its long operational life, high value retention and the greatest possible independence from subsidies, represents an attractive investment opportunity, particularly in the current climate of low interest rates.