Q: How would you assess the current state of play in the Australian renewable energy sector?

KM: Over the last 24 months there’s been probably more activity than we’ve ever seen before, on the back of a couple of variables.

One is a very high RET price, combined with high wholesale prices, which means that bundled prices have been well above estimates – and there’s nothing like high prices to attract new entrants to a market. That means there’s been quite positive sentiment around investment in renewables.

And the second is that the renewables space is a part of the infrastructure asset class where you can make a deal happen – you can’t make an airport just happen, or a toll road just happen, but you can make a renewables deal happen simply by having some space to install cells or a site to build a wind farm. Because of that, and because there’s a reasonable amount of equity capital in the market, there’s a lot of owner-driven investment occurring. It’s on a relatively small scale individually, but when aggregated it’s a substantial amount of activity.

“You can’t make an airport just happen, or a toll road just happen, but you can make a renewables deal happen simply by having some space to install cells”

Q: What kinds of projects do you think offer the biggest opportunities for investors in Australia?

KM: I think there are opportunities in both solar and wind.
Traditionally, solar was considered the more expensive option and from a technology perspective that’s changed. Arguably, solar has come inside of wind in cost terms, and a lot of that is a function of the wind resource. The economics of a wind project are so heavily driven by how often the wind blows, coupled with how far you need to go to connect the wire into the grid. Solar is generally easier, because you can put it much closer to the grid, it doesn’t make any noise, and the economics work pretty well because of where solar panels are priced currently. On balance, you’d expect to see more solar because of the ease of implementation, but wind is still perfectly feasible if you’ve got a good wind resource and reasonable connectivity.

I think, though, that there will be an increasing interest in solar that’s behind the meter. We’ll see more and more solar cells on factories and different sites like that, and that makes a lot of sense as parties will self-generate, effectively, and defray some of the cost they’re otherwise taking from the grid. Over time, you’ll see increasingly distributed generation and consumption – that doesn’t mean people will go off the grid completely as they’ll still very much need to be connected to it from a reliability perspective. It’s just that the direction of electrons will change over time.

Q: With that prospect of increased distribution, then, how will storage affect Australian renewables?

KM: Currently, we’re putting renewables into a system that’s got stable and dispatchable generation. The first, say, 15-20 percent of capacity, you can just put that in and displace other sources of generation. Typically, that’s single-cycle gas, which is the most expensive and the most intermittent form of generation currently – you’re going to offset that, but you’ll still have it available.

At a certain point, however, you lose that luxury. You then need to start pricing renewables not just in the form of what it might displace, but on the basis that, if it isn’t generating, you’ve got that incremental back-up. And that’s a step-change in the cost, because you go from having just a marginal cost generation, to the marginal cost generation plus the marginal cost of storage. For now, there’s still enough latent capacity in the market so that storage isn’t pertinent – but there will come a point where we cross that line.

Q: What about hydro? The federal government’s planned Snowy 2.0 project has prompted debate about how it will affect the market.

KM: Hydro, generally, in Australia, has already been developed to its maximum potential in terms of incremental capacity. Snowy 2.0 isn’t about adding a substantial amount of incremental energy, so it won’t affect investment in that sense, because the energy is a function of how much water there is. Rather, Snowy 2.0 is about increasing your peak capacity.

“The wholesale market in Australia was established to send price signals, and it’s a market that doesn’t have a capacity payment”

Q: What impact could the proposed National Energy Guarantee have on the investment environment in Australia?

KM: It’s a little difficult to say because it’s still vague. From the available information, it doesn’t seem like there’ll be a huge amount of investment required from a statutory point of view for some time.

The NEG sounds to me like it’s a sensible approach to ensuring there’s a reliable grid – but the detail isn’t there yet to take a firm view on how it’s going to affect the market more broadly. My take is that it seems to be a fairly sensible way of trying to maintain a balanced system alongside trying to decarbonise the grid more broadly.

In the wider context, the wholesale market in Australia was established to send price signals, and it’s a market that doesn’t have a capacity payment. So, for generators, in particular generators who are not a conduit to the retail market, they only get paid if they’re operating. That was always very much the market design, and that design was such that when there was excess capacity, prices would be low, and when there was a shortage of capacity, prices would be high. This would in turn encourage more investment into the market. Prices are now high, and if there’s intervention from government, that cuts across the whole market construct – and that would be unfortunate.

Q: What are the main challenges for investors in the Australian energy sector?

KM: There are a range of broad challenges here that have an element of political overlay.
There’s clearly a high degree of sensitivity around the prices that families are paying for energy – and that’s a perfectly appropriate consideration. Ideally, that will be considered in the context of where those high prices are coming from, so that the entire industry isn’t effectively penalised.

I think there’s got to be an awareness, too, that there’s the potential for reduced consumption through the grid as generation becomes increasingly distributed – and if you socialise the cost across the number of electrons that move through the system, then there’s the potential that the variable cost will go up. There needs to be an appropriate level of thought about how pricing applies to the market, whether it’s more fixed or variable.

Q: There have been political moves here to try to encourage new fossil-fuel generation. Do you think this has a realistic future, particularly with regard to coal?

KM: I don’t think that coal will be used for power generation in 50 years, and I’m not sure there’ll be coal in use in 30 years. Increasingly, as there’s an awareness of the damage that’s being done to the environment and the potential impact that could have on future generations, there’ll be a desire to get on top of that. But it’s not clear to me how long it will take to see that change.

If you look at power stations in Australia, you have some coal generators that are mine-mouth generators which sit next to the fuel source, and the variable cost of those assets is very low. It’s a fundamentally cheap source of power if you don’t price the cost of the emissions that are going into the environment. But once there’s a cost associated with emissions – and IFM is measuring and reducing the carbon footprint of its infrastructure assets and thinks it’s a matter of ‘when’ not ‘if’ all countries introduce a price on carbon – the cost of emissions look fundamentally different. I think the standard benchmarks of assessing these from an economic perspective have completely changed.

This story is sponsored by IFM Investors. 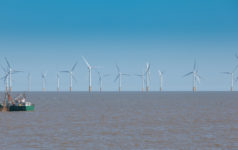 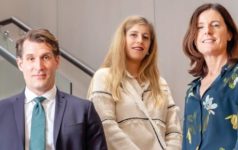 Roundtable: Why failing to do the right thing will cost you 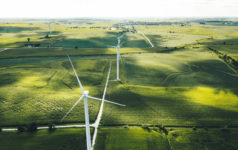