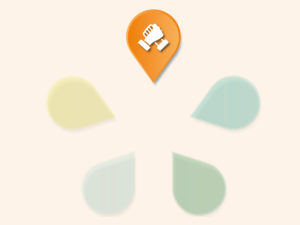 As the extent of the pandemic became increasingly clear in early 2020, countries around the world restricted international travel and threw up hard borders.

A general turn inwards economically accompanied this, with trade disrupted and nations understandably prioritising support for domestic businesses and individuals. In some ways, economic nationalism had already been a dominant theme before covid-19, as shown by the ongoing trade war between the US and China. However, the pandemic had the effect of further sharpening the discourse.

Australia served as a high-profile example when it managed to get into its own trade dispute with China. That contributed to permanent changes to its foreign investment review process, which will have significant implications for infrastructure investors in 2021.

First, a quick recap. At the end of March 2020, as the first set of lockdowns took effect and the economic impact became clear, the Australian federal government introduced stricter rules for foreign investors on a temporary basis.

The country’s Foreign Investment Review Board would now scrutinise all foreign investments regardless of their value or investor type – in effect, reducing the threshold for review to A$0.

Behind this was a fear that foreign investors, which might not always be acting in Australia’s best interests, would be able to swoop on distressed companies as the country’s economy fell into recession.

In June, the government announced that some of these changes would be made permanent, in what it billed as the “most comprehensive reforms” to Australia’s foreign investment rules since they were introduced in 1975.

“I wouldn’t categorise FIRB restrictions as economic nationalism, so much as FIRB being a framework for Australia to ensure it is protecting its national interests”

The thresholds for review were restored back to pre-covid levels for many asset types. However, the government also introduced a national security test to assess all investments regardless of value in sensitive sectors.

This affected a significant number of infrastructure asset types, including energy generation, ports, telecommunications and data centres, which would continue to be reviewed regardless of value or investor type. The treasurer, Australia’s chief finance minister, was also granted powers to call in any investment – either before, during or after the investment process – if the FIRB was not previously notified and the treasurer considered that it raised national security concerns.

So where does this position Australia in comparison with other nations?

“I would say Australia has the most rigorous foreign investment review processes in the world,” says Lachlan Molesworth, partner at consultancy Foreign Investment Advisory Australia. “We have a different regime to many others – we are more open than others in that we will consider everything, but we have a very complex framework which has to be navigated if you are to be [approved].

“In terms of the level of scrutiny applied across the gamut of investment asset classes, I think we’re the most thorough and place the greatest onus on inbound investors to satisfy our regulators.”

The FIRB has become a “de facto security regulator”, Molesworth says. Its work is increasingly directed towards assessing national security risks, including perceived threats from espionage and data theft, and the risk of unwanted control over critical assets that affect large numbers of Australians.

“There is no doubt that the level of scrutiny that is now being applied to inbound transactions is without precedent historically, and is highly sophisticated scrutiny that takes advantage of the full armoury of our very sophisticated security agencies,” he says. “That evolution is very much a product of [Scott Morrison’s centre-right coalition] government and its concerns around foreign influence and undesired foreign investment.”

Molesworth estimates that around 80 percent of deals are approved with minimal fuss, but that the remainder, covering most infrastructure transactions, are now subject to much greater scrutiny: “We’ve moved from a routine apply-and-approval system to an expectation, when you are dealing with significant and sensitive assets, that you will have to work with regulators over an extended period of time and often actually amend proposals to provide them with the necessary comfort that it is sufficiently in keeping with Australia’s national security test.”

This influenced deals in Australia last year, says Michael Lawson, partner at King & Wood Mallesons, based in Singapore. “The ease of doing cross-border deals varies by jurisdiction,” he says. “But Australia was certainly one jurisdiction which tightened its foreign investment regulations in 2020.

“It became a harder place to do cross-border deals throughout the last year, I would say – across the board for investors from any jurisdiction – because of the A$0 thresholds which were introduced. As of 1 January, those thresholds largely reverted to the pre-covid norm but, at the same time, the Australian government has introduced significant new changes focused on national security which will pose continuing challenges for foreign investment into Australia.

“That is reflective of changes that have occurred in the US and New Zealand, and probably the UK as well.”

“That still raises questions for investors about the best way they can go about investing in Australia, and whether global funds have the same ability to navigate the process as smoothly as domestic funds that have a presence on the ground,” he says.

Lloyd points out that the FIRB restrictions can in some cases still capture deals by domestic managers. “But I wouldn’t categorise FIRB restrictions as economic nationalism, so much as FIRB being a framework for Australia to ensure it is protecting its national interests,” he says. “In Australia, these aren’t roadblocks but rather a set of hurdles that investors have to jump over.”

This does not mean global funds or foreign investors cannot do direct deals, of course. It just means it is “a lot easier” with a local partner, Lloyd argues.

Molesworth agrees, saying that economic nationalism is now “unquestionably” a hallmark of Australia’s foreign investment regime, following a trend seen in many other countries. “On the whole, we are still a very open western country,” he says. “But when we are talking about sensitive assets like infrastructure, we are not afraid to robustly ensure that those transactions are done on terms that our government thinks are appropriate.

“There is an increased preference, bordering on an expectation, that if you are to enter into a major Australian investment, particularly [one] which touches large portions of the Australian public, like an infrastructure asset, that you would enter as part of an Australian consortium or with an Australian partner.”

The experience in Australia over the past 12 months is reflective of an increased scrutiny on cross-border deals in many jurisdictions.

Lawson says deals did not become more difficult last year in many of the South-East Asian countries that KWM operates in, as well as China, in part because rules were already stricter.

“There was probably a higher tide in that regard, anyway,” he says. “If anything, we saw things go slightly in the other direction as there was a greater willingness to encourage foreign investment.

“Indonesia, for example, has been a tricky place to do business for some investors in certain sectors, but underneath it they need the foreign capital. As well as greater need in a covid environment, I think they saw an opportunity, in that foreign investors were having difficulties in some of their more traditional destinations. So they made more of an effort to roll out the red carpet, including to China.”

China, of course, has been the subject of much hand-wringing in Australia as a trade dispute erupted between Beijing and Canberra following the latter’s call for an international investigation into the origins of the coronavirus.

One market source told us they believe Australia’s tightening foreign investment rules are essentially all about restricting Chinese capital.

Molesworth says Australia has proved quite willing to “use the levers” of the FIRB to pursue its diplomatic agenda, in the absence of any meaningful ability to impose trade tariffs in the way China has on certain Australian products.

Covid-19 has also made dealmaking more difficult in practical terms. That has largely been down to decisions by governments to restrict travel – for understandable reasons, of course, but in a way that makes doing business harder.

“We’ve certainly seen [border restrictions] slow down deals and even cause some to pause,” says Lawson, “even though we’ve all made great strides with doing things remotely.”

Lloyd says he “can’t see any reason” for the Australian government’s policy position to change on foreign investment. “They may find more efficient ways of running the FIRB process, which would be encouraged by everyone in the market,” he says. “But I don’t think there’s any likelihood or even need for a fundamental change in their position. I’d argue the Australian government’s position is more accepting of foreign capital than many other countries.”

Molesworth similarly does not envisage a loosening of restrictions in Australia. However, he believes the government will not go down the route of formalising rules around mandating Australian investors’ involvement in deals.

“We take the approach that everything is open, but everything will be reviewed on a case-by-case basis and will be done so with regard to evolving perceptions of risks and diplomatic issues,” he says. “The likelihood is we will continue to be reliant on advice based on experience of how things are changing.

“The government is very reticent to put any hard-and-fast rules on what the precise hurdles and expectations are because, as a country, we like to retain as much discretion as possible in reviewing applications.”

He speculates that, as the economy recovers following the eventual end of the pandemic, there is likely to be a greater need for capital than in recent memory, which may put pressure on the government to shift its position slightly.

“We might see industry crying out for further investment that it is not able to source here,” he says. “So there will be pressure on the government to relax rules and foster a more conducive environment for foreign investors.” This kind of pressure might play out in other markets that have taken an economic battering during the pandemic.

However, the general consensus seems to be that increased economic nationalism is here to stay in most of these markets for the foreseeable future, with countries eager to protect domestic businesses and increasingly willing to use trade as a diplomatic tool.