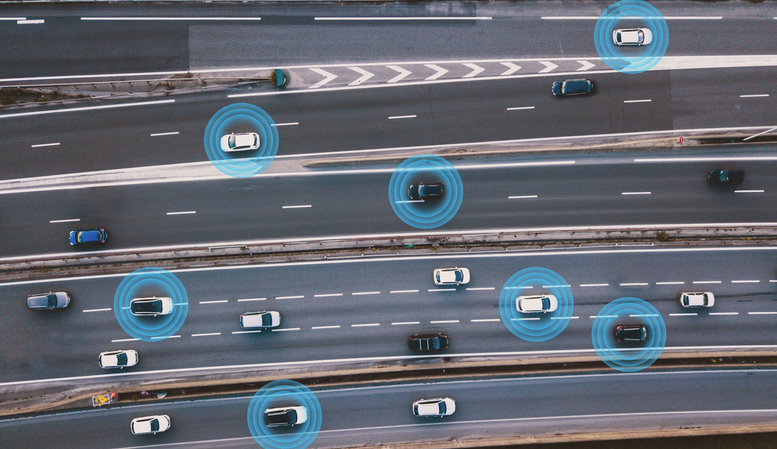 In the future, even the road less travelled may always have cameras watching it.

Buried in last month’s announcement that the Maryland Department of Transportation had selected preferred bidders to construct the first phase of its latest highway project was a peculiar – yet not unfamiliar – addition to the consortium.

The lead developers – toll road developer Transurban and Macquarie Capital – had chosen Cavnue, a transportation technology startup, alongside the innovative transit company Via, to help “build a future-ready road”, according to a press statement.

The winning consortium’s turn toward the tech community doesn’t come as much of a surprise, after MDOT established the goal to “encourage innovation across the breadth of the [public-private partnership] delivery” in the request for proposals, which it released in July 2020. “MDOT has incorporated a process to foster creativity and innovation in the development and delivery of phase [one],” the RFP stated.

Cavnue, which was founded by the tech-focused and Alphabet-sponsored Sidewalk Infrastructure Partners, made its first splash in the transportation industry last August, when Michigan’s government picked the company to serve as master developer of a 40-mile “first-of-its-kind corridor for connected and autonomous vehicles”, according to a statement released at that time.

Fast-forward six months and the infrastructure newcomer now finds itself on a development team with a couple of industry heavyweights and involved in the first phase of a project estimated to cost around $4 billion, and part of an overall development that could total $9 billion in value.

The American Legion Bridge I-270 to I-70 Relief Plan is the latest high-profile transportation project that the State of Maryland has chosen to procure using a public-private partnership. The phase one expansion effort is planned to add two high-occupancy toll lanes spanning up to 37 miles and connecting key economic centres in Maryland, north of the US capitol, to the south in Virginia.

Eventually, as part of a potential 50-year concession agreement – which is still in negotiation and requires the state’s approval – Cavnue’s toll road technology could be deployed along one of the US’s busiest regional transportation networks.

However, in an acknowledgement of the risks and rewards of being a first mover in creating a road system to support autonomous vehicles, MDOT’s RFP includes the guidance: “The proposers will engage in confidential, continual, collaborative dialogue for the purpose of cultivating innovative ideas; and discussing risks, opportunities, and the proposer’s approach to Phase [one].”

Any final decision, then, about the immediate nature of Maryland’s vision for tech-enabled toll roads will be hammered out over the next two years, as a final concession award, financial close on the project and construction ground-breaking aren’t expected until late 2022.

Preparing for a self-driving future

So, does that mean self-driving cars are coming soon to roads leading to the US capitol?

Not quite yet, but people need to start preparing, according to Jonathan Winer, a co-founder at SIP. “[Autonomous vehicles] are becoming top of mind for both public and private sectors,” he told Infrastructure Investor. “How do we manage the introduction of [self-driving] car technology?”

Large-scale infrastructure improvements have not come easy for the State of Maryland in recent years, evidenced by the ongoing trouble finishing development of the Purple Line transit system. So, it’s not hard to imagine the state’s latest toll road project serving as a battleground for the risks and privacy debates already surrounding the deployment of autonomous vehicles.

But for those thinking about the fate of investments decades down the road, Winer said, it requires considering how to “future-proof” assets so that a seismic shift in transportation habits, such as self-driving cars, can be more easily accommodated by existing technology systems.

The first step is to lay a foundation for tech add-ons later. In the case of toll roads, developers must build a secure and private wireless network for various tech components to work in co-ordination. Winer described it as building an “associated programming interface”.

“API allows different pieces of your technology stack – whether it be a camera, database, the cloud, or a car – to use a common language to talk to each other,” he said. “It allows you to write integrations to a suite of different technologies all within that ecosystem.”

Then the actual tools to monitor, measure and analyse a toll road’s activities are installed, some of which are already being used in increasing numbers. Sensors that predict rush hour and warn of crashes, cameras that allow for automated tolling and cloud-based systems that manage information flows are all being deployed, sometimes in piecemeal steps, across global markets.

Finally, with systems operating, a developer can start collecting data – a road’s “digital twin”, as Winer described it – to better predict patterns about drivers’ use, risks and possibilities for enhancement.

“This is how you know how cars drive on the road where they’re at,” he explained. It’s also going to be the information that powers fleets of autonomous vehicles, when that time comes, he added.

Emmett McCann, a managing director specialising in transportation for Oaktree Capital Management’s infrastructure group, agrees that “timing is always a question” when investors weigh when and how to add new tech layers to core assets. “Across the portfolio, we’re spending a lot of time thinking about technology, data and how data is informing our decision making,” McCann told Infrastructure Investor.

For him, it’s a matter of “downside protection and upside potential”.

“How do you try to future proof your investment on the one hand, but, on the other, consider the upside potential?” he explained. “You might be able to make an acquisition now and the asset produces cashflow and yield. But when you go to exit, is it something that will be valued at a much higher discount rate or a lower multiple going forward?”