‘Who said gas is dead?” asked Alberto Ponti, head of strategy and business development at Italian infrastructure fund manager F2i, during an energy transition panel at the Infrastructure Investor Global Summit held in Berlin in March.

“Accelerating renewables is all very well, but how do you manage the grid without gas? Gas is a necessary evil.”

Many conference delegates echoed that view, particularly in the wake of Russia’s invasion of Ukraine, escalating energy prices and the monumental shift in European energy policy seen in recent weeks.

“We thought we had to save the planet by 2050 to 2100 and we find ourselves having to save our own countries today,” added Ponti.

Barely a month into Russia’s assault, Germany had greenlit several new LNG terminals, the EU had outlined plans to phase out Kremlin fossil fuel imports, and nuclear energy was back on the agenda.

In February, the EU even extended its green finance taxonomy to include both natural gas-fired power and nuclear power.

The implications could prove enormous for decarbonisation ambitions and timelines, particularly with governments set to prioritise energy security. “The Russian situation and the European energy crisis will increase interest in natural gas as a long-term, cleaner-burning source of power generation,” says Andrew Ward, founder and managing partner at private equity firm Clearstream Capital. “Recent market volatility highlights the need for a diversified energy plan including both fossil fuel and renewable sources.” 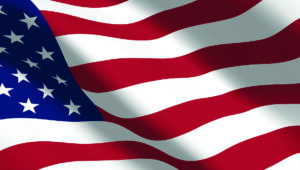 Of opportunities to increase gas exports to Europe in the wake of the Russian invasion of Ukraine, Emily McClain, senior gas analyst at research consultancy Rystad Energy, says: “It is just a no-brainer. We have ample amounts of gas here in the US.”

In March, Germany agreed to expand its LNG liquefaction capacity. European leaders have since promised to end dependence on Russian gas by 2027. “The real caveat for the US is infrastructure,” explains McClain. “I think we will see a shift in the global landscape in the coming decade, with more LNG terminals and more regasification terminals.”

From next year, bottlenecks are expected to appear in the Permian Basin, in Texas, unless more pipeline capacity is sanctioned. Private exploration and production has already surpassed pre-pandemic levels and is expected to soon exceed peak drilling levels. High energy prices could also accelerate consolidation in all three major US gas basins.

But without greater midstream capacity, operators will find themselves unable to exploit the shifting energy policy. Tailbacks could also increase flaring in the shale patch, hurting investors’ ESG balance sheets.

Price volatility should increase the attractiveness of renewables. It also raises the prospect of greater coal production, particularly in Asia. In early March, LNG spot prices to Asia hit record highs of over $59 per million British thermal units. In response, China has backtracked on its climate agenda and is increasing domestic coal mining, putting the country sharply at odds with its pledge to reach carbon neutrality by 2060.

“There is clearly a coal boom going on right now,” says Norman Bissett, foreign legal consultant at Indonesian law firm HHP, a member firm of Baker Hughes. “Only a few months prior to this, we saw large coal mining projects struggling to find development cash, as international and regional lenders stopped, or scaled back, their coal financing arms.”

Even before the recent escalation in price volatility, a wall of gas-fired capacity was looming. According to research from the Global Energy Monitor, East Asia has nearly 121GW of capacity under construction or in pre-construction – the largest global increase, and an almost 50 percent rise on existing gas capacity.

Just behind, Southeast Asia has 120GW expected to come online over the next few years, which would more than double current capacity. The Middle East and North Africa, home to the world’s second largest gas-fired capacity, is guiding a 25 percent increase based on facilities currently under development. In Europe, the continent is projecting a 31 percent rise in gas-fuelled capacity, while the US is set to expand capacity by 7 percent. The latter has over 528GW of existing capacity, the largest worldwide.

But some believe that the massive expansion could present a significant stranded asset risk if renewables become the dominant energy source. “I do think that the industry needs to be careful not to over-invest because, at the end of the day, almost every ‘net-zero by 2050’ scenario you look at does have natural gas declining,” explains Andy Lubershane, managing director at global investment platform Energy Impact Partners. “It often does not go to zero, but it is going to decline as a source of primary energy.”

While some gas infrastructure may eventually be repurposed to feed hydrogen, it is unlikely to be entirely reclaimed. “Broad-scale repurposing of assets toward hydrogen is more difficult than many realise and likely will not occur until the commodity is more widely available,” says Ward.

“The timeline will be reduced in Europe, where hydrogen is better distributed today and the transport distances are shorter. Existing gas infrastructure is already handling renewable natural gas, but in very small volumes relative to overall gas flows.”

Lubershane agrees: “Most studies show you can get up to 20 percent hydrogen by volume through a natural gas pipeline, transmission pipeline or distribution system without mucking it up.”

Lubershane adds that 20 percent hydrogen by volume is only about 7 percent by energy content, which hardly pushes the needle from a carbon standpoint. Repurposing significant gas infrastructure is most likely to be achieved in regions like West Texas, where oil and gas pipelines could be repurposed to move green hydrogen produced by wind turbines to industrial clusters.

Argentina has the potential to join the top tier of natural gas producers. The Vaca Muerta shale basin running along the spine of the Andes holds the world’s second-largest unconventional gas deposits, and ambitions are high that one day the Latin American country could emulate the successes of the US.

Yet despite the great resource potential, Argentina’s efforts to become a global LNG exporter have stalled. A combination of midstream constraints, the pandemic and a record-setting IMF bailout in 2018 forced the state-owned oil and gas firm YPF to shelve plans to build an LNG liquefaction plant in 2020.

While this will encourage domestic production growth, a report from the Oxford Institute for Energy Studies estimates that Argentina still needs $50 billion to transform into a significant LNG exporter by the end of the decade.

“Although Argentina is arriving late, and in bad shape, to the global LNG market, it still has an attractive resource that is far away from the geopolitical sensitive areas of the world,” says Pablo Rueda, partner at Argentinian law firm Martínez de Hoz & Rueda.

With rising energy volatility and many countries backpedalling to coal in the short-term, natural gas offers an important alternative energy source to help clean up emissions as renewables mature.

“There is a complicated balance between meeting global energy demand and accelerating investment in renewables – and we believe natural gas will play a key role in delivering the bridging fuel as we move towards net zero,” says Dave Noakes, co-founder and senior managing director of private equity firm Prostar Capital. “It is cleaner than other hydrocarbons, reliable as a source of base load electricity, and provides developing economies a relatively cheap, accessible and lower emission source of energy.”

In early March, independent gas producer EQT released a strategy plan for ending the world’s coal habit and shifting to gas. The firm estimates that switching to US gas could cut CO2 emissions globally by 60 percent. This would be equivalent to the combined emissions reduction potential of electrifying every US passenger vehicle, powering every home in the US with rooftop solar panels, and doubling US wind capacity.

Yet investors are increasingly unwilling to touch fossil fuels. “Our LPs tell us they do not want to invest in gas, and banks are becoming stricter and stricter at providing financing to gas projects,” added Ponti in Berlin. “Even some insurance companies are thinking about not insuring gas assets.”

In truth, if renewables are not deployed fast enough, many developing countries will likely continue to depend on coal for their energy security. 176GW in new coal plant capacity is currently under construction around the world. EQT argues that natural gas imports should instead serve as a safety net, offering cleaner energy in the interim before renewables can realistically dominate the energy mix. 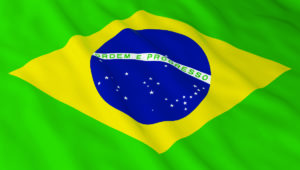 Brazil is another emerging market with significant gas resource potential. Over the next decade, associated gas supply is expected to rise sharply from the offshore pre-salt basin, in the Atlantic Ocean, but significant new takeaway capacity will be needed to meet demand.

In response, the Brazilian government has already taken tentative steps to liberalise the sector and expand both gas infrastructure and pipeline capacity. Divestment from national oil and gas firm Petrobras has also caught the attention of private equity players.

“We have seen interest from private equity funds for transportation assets,” says Felipe Boechem, partner at Brazilian law firm Lefosse Advogados. “EIG is currently negotiating with Petrobras the acquisition of the TBG transportation system, which includes the GASBOL pipeline.”

The GASBOL pipeline is the longest pipeline in South America. It connects Bolivian gas supply to the Brazilian market.

Like Argentina, Brazil hopes to one day become a liquefied natural gas exporter. The South American country currently imports all of its LNG and has no liquefying capacity. Domestic prices are also high compared to international norms, limiting the country’s capacity to become an LNG exporter in the short term.

Rising domestic natural gas is, however, likely to play an important role in decarbonising the country’s energy mix, especially if climate change increasingly affects hydropower. “Thermopower plants fuelled by gas have increased their participation in the energy matrix and are seen as a relevant alternative to ensure power supply in cases of dry seasons and to address the intermittency of renewables,” says Boechem.

Fork in the road

Renewable natural gas arguably has a role to play in cleaning the transportation sector. “I think it is a necessary piece of the energy transition, especially when thinking about heat processing and heavy-duty transportation,” says Cody Myers, managing partner at Green Rock Energy Partners, a sustainable infrastructure-focused private equity firm which invests in renewable energy. “Electricity alone just does not have the same punch, particularly when it comes to long-haul, heavy-duty transportation.”

Typically, heavy-duty vehicles are equipped with diesel engines, a potent source of nitrogen oxide and CO2. In 2019, heavy-duty engines contributed 24 percent of all US transportation CO2 emissions, according to the US Environmental Protection Agency.

By contrast, natural gas engines produce ultra-low levels of nitrogen oxide and can have a near-zero or negative carbon footprint. Left unprocessed, landfill and agricultural waste releases methane into the atmosphere, with as much as 28 times more global warming potential than CO2. Capturing these emissions will have a profound impact on the climate, while providing an important energy source.

New regulations in US states such as California are already making renewable natural gas cost-competitive. While the ultimate goal is to scale electric vehicles, these regulations offer an important opportunity to clean the waste sector while capturing emissions and gradually decarbonising transportation.