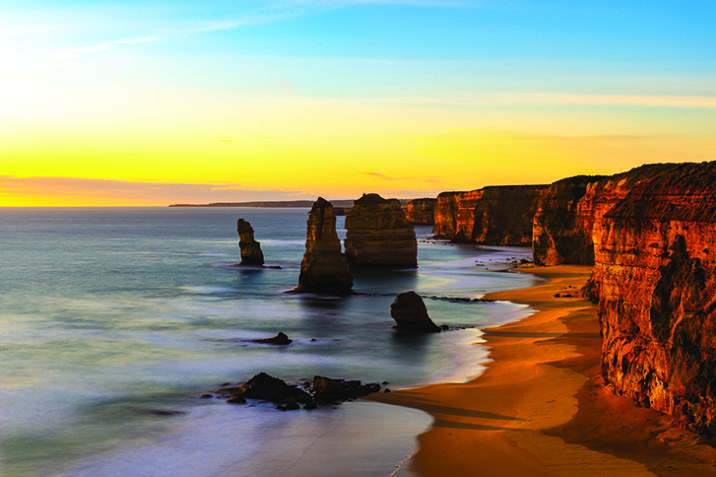 Despite an active lob­bying effort on the part of dozens of investors into Aus­tralia’s energy pro­jects, the Australian Energy Market Commission decided on 27 February to retain marginal loss factors, the system used to determine transmission loss values in the country’s national electricity market.

The AEMC, which sets the rules of Australia’s National Electricity Mar­ket, made the ruling in its final deter­mination on a proposal to change the transmission loss factors framework. It had previously signalled, in a draft de­termination in November 2019, that it would keep MLFs.

The AEMC instead created what it said was a “more preferable final rule”, thus giving the Australian Energy Mar­ket Operator greater flexibility in how it calculates MLFs.

The amendment allows the AEMO to consult with stakeholders on a great­er range of alternative calculation de­tails for MLFs. It also removes the requirement that MLF values must be based on a 30-minute interval, thereby allowing longer periods to be used as the basis for calculations.

The AEMC said this “should enable better informed decision-making by prospective investors, developers and owners of generators”.

Early in 2019, a group of 20 investors in Australian renewable energy assets – the number would later grow to at least 25 – took an almost unprecedent­ed step. Despite being competitors in many respects, they banded together to pursue a common cause: lobbying for changes to MLFs.

After warning of potential project defaults if the current framework per­sisted – and cautioning that several existing generators were “likely to be suffering a degree of financial distress” due to the volatility in MLFs – the Clean Energy Investor Group warned in mid-November of “serious impli­cations” for power reliability should a stand-off over transmission loss values continue.

At a public hearing in Sydney hosted by the AEMC in early December, inves­tors made their consternation clear. One argued that the system felt like a “lot­tery” and was “failing”. Among the main arguments put forward by the AEMC in defence of the current framework was its ability to provide strong location­al signals to the market about the best places to build new generation.

To understand why investors were so up in arms, one need only look to John Laing. In mid-January, Infrastructure Investor learned that the firm – a prominent member of the CEIG – was exploring the sale of its Australian renewable energy asset portfolio. This followed its decision in August to put all new renewables investment in the country on hold after booking a £66 million ($86 million; €77 million) writedown on three of its projects due to changes in MLFs.

CEIG spokesman Rob Grant told In­frastructure Investor the amendment ap­proved by the AEMC was unlikely to have much practical effect, and that it seemed to have narrow parameters.

On the ruling more broadly, he said: “We’re disappointed but not surprised, given the draft determination. Overall, this is a confected justification for a pre-determined outcome.”

The AEMC said the existing MLF framework would remain in place so that “important signals are retained as to the best place to build, and consum­ers are not shouldered with any addi­tional cost or risk”.

Investors, including a collection of renewables investors under the banner of the CEIG, had called for a different system known as average loss factors to replace MLFs. QIC argued in January that the current framework was “hav­ing a material and adverse impact on new renewables” investment.

The AEMC ultimately rejected the proposed move to ALFs. It said that although an ALF methodology might reduce the volatility of transmission loss factors, it would also dampen locational signals for new generation, which would be “undesirable in the current climate”.

The CEIG and the Clean Energy Council had both expressed concerns in written submissions and public hear­ings that the AEMC was not carrying out adequate quantitative analysis to back up its draft determination on re­taining MLFs, amid criticism of the commission’s process.

In its final ruling, the AEMC said it had undertaken additional quantitative analysis to determine the effects of mov­ing from MLFs to ALFs in response to the feedback. This found that MLFs provided the most efficient locational and dispatch signals to the market and that aggregate customer payments were likely to be higher under ALFs. The commission provided details of its mod­elling in the final determination.

Market sources tell Infrastructure In­vestor they feel the final determination showed the AEMC’s assumptions in its modelling without displaying the full analysis.

The Clean Energy Council last year commissioned consultant Barin­ga Partners to carry out quantitative analysis on a shift to ALFs. Its con­clusion was that customer payments would be lower under that system. The AEMC dismissed this conclusion as “incorrect”, noting that Baringa had only considered the impact on cash­flows in a single year of switching to a set of higher-generation loss factors.

“This is a completely disingenuous argument,” says Grant. “The AEMC and AEMO are the only entities and the network service providers that have the load data to be able to model in­tra-regional settlement residues out­comes and we specifically said in our submission that we wanted them to do that work because we could not.”

Intra-regional settlement residues are payments that market participants can access through an auction pro­cess to help them hedge spot market exposure.

“Sadly, they blame the volatility of MLFs on the transformation current­ly underway from thermal to renewa­ble energy,” say Grant. “The decision seems to be all about maintaining the status quo to slow or stop the trans­formation rather than embracing the transformation and doing everything in their power to ensure it is achieved at lowest cost to consumers.

“Unfortunately, as our prediction of a collapse in investment because of uncertainty caused by MLFs has come true, so too will our prediction that the slowing of investment – and new in­vestment will have a higher hurdle rate – will see wholesale price declines halt­ed and probably head back up.”

The Clean Energy Council chief executive Kane Thornton said in a statement: “The lack of investor confi­dence has already seen new investment in large-scale renewable energy col­lapse by more than 50 percent” in the past year.

“While [the] industry welcomes de­bate and analysis of alternative reforms, simply retaining the current regime is deeply problematic and undermines the energy transition underway in Australia.”