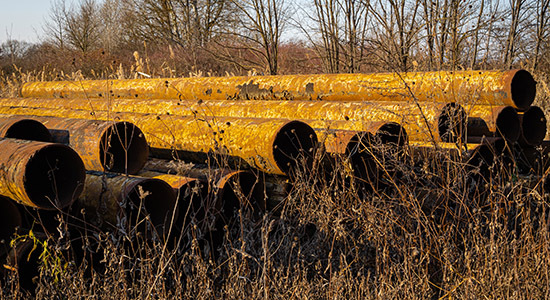 Kerry warns of ‘stranded’ natural gas infra
The Biden administration spent much of last week laying out early parts of its climate change agenda. Among a flurry of executive orders, the most attention-grabbing was a moratorium placed on new leases for oil and natural gas drilling on federal lands.

Even though President Biden has pledged not to ban natural gas fracking – a nod to Pennsylvania voters that he understood the industry’s key role in the regional economy – prospects for growth in the coming years are diminishing.

This was driven home by John Kerry, the administration’s special envoy for climate change issues. In a press conference, he threw cold water on the idea of supporting more gas infrastructure development, issuing a warning to investors: “If we build out a huge infrastructure for gas now and continue to use it as the bridge fuel when we haven’t really exhausted the other possibilities, we’re going to be stuck with stranded assets in 10, 20, 30 years.”

When energy volatility hit last year, we asked whether large parts of US midstream infrastructure would eventually become stranded. Seems we are one step closer to seeing that happen.

Beware of ‘stale’ airport valuations
Last week, The Pipeline brought you the glass half-full perspective on airports in the covid-19 era, with one source saying the sector’s liquidity is almost unrivalled in the real-assets space. However, market participants attending a presentation last week on the results of EDHECinfra’s Infra300 index were provided with the other perspective.

“An important lesson of covid is that even ‘hold-to-maturity’ investors cannot afford to keep stale valuations on their books in the face of an obvious economic shock directly impacting certain infrastructure businesses,” said Frederic Blanc-Brude, director of EDHECinfra.

Time for a reality check, then.

Ofgem wields separation axe
If UK energy players thought debates about compensation for nationalised assets had died with the fall of Jeremy Corbyn, they might be mistaken.

Regulator Ofgem last week revealed it was recommending the creation of a new independent system operator, separate from National Grid, to “avoid any perceived or real potential conflict of interest” with National Grid’s distribution and transmission business.

The new operator, either as a new corporation or under Ofgem’s management, would enable “a huge increase in renewable power while maintaining secure energy supplies”, Ofgem stated, although National Grid and co will surely require compensation for any such move.

“Gas distribution network operators and electricity distribution operators ought to be thinking about this. They have their own system operation functions and there’s a chance they lose all of that into this new entity,” Colm Gibson, head of economic regulation at the Berkeley Research Group, told The Pipeline.

Time for the bean counters to get the calculators out again.

‘Unprecedented moment’ drives Pioneer Point’s maiden fund
London-based Pioneer Point Partners has been investing in infrastructure since 2010 but is raising blind-pool capital for the first time, reaching a €150 million first close for its debut vehicle.

“Pioneer has always wanted to raise a fund,” Rupert Shaw, partner at the firm, told The Pipeline.

Having committed roughly €900 million across nine investments and executing four exits, Pioneer – which until now invested on a deal-by-deal basis – felt it had built a strong track record to raise a fund. “Moreover, from a market perspective, this is an unprecedented moment in terms of the need for capital in sustainable infrastructure,” Shaw said.

The Pioneer Infrastructure Partners fund, which has a target size of €500 million and a target gross IRR of 15 percent, will focus on the energy transition, including renewable and traditional generation, storage, transmission and distribution as well as the environment/circular economy.

Download Infrastructure Investor’s 2020 Investor Report
We have just published our debut 2020 Investor Report, providing granular detail on how LPs are operating in the private infrastructure market. The good news? Fifty-nine percent of institutional investors globally maintained or increased their allocations to private infrastructure in 2020. What is more, 85 percent of LPs plan to invest the same amount of capital or more in the next 12 months compared to the previous 12 months. On average, the asset class constituted 5.05 percent of LP portfolios in 2020, an increase from 4.87 percent as of year-end 2019.

These are just a few of the insights from our report, which you can download here.

“You don’t build an airport just to get rid of the airport, you know the airport’s going to be there for decades, decades and decades. Data centres are very similar to that.”

Chris Crosby, founder and CEO of the OTPP-owned Compass Datacenters, makes the case to The Data Center Podcast on the merits of data centres as infrastructure.

We’ve written quite a bit about the rise of infrastructure debt in the wake of covid-19, a point MIDIS co-head Tim Humphrey also makes: “Infrastructure debt has proven its resilience during the pandemic, and we expect to see more institutional investment flow into the sector.”

Humphrey will hope more of that institutional flow makes its way to MIDIS, which has raised more than €11 billion over the past nine years, including a heavy-metal €1.5 billion from Dutch investors. 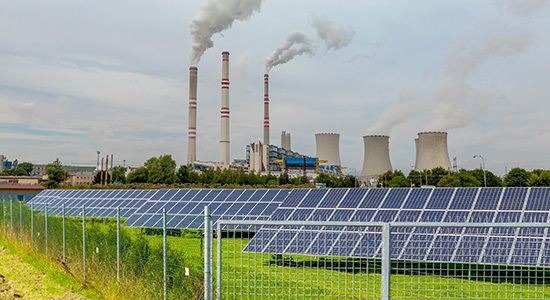 IFM bids €5bn for Naturgy in boost for green assets
IFM Investors is willing to pay €5.06 billion for a 22.69 percent stake in listed Spanish energy giant Naturgy. Offering €23 per share, the deal could see IFM, via its Global Infrastructure Fund, secure a place on the green powerhouse’s share register, alongside Global Infrastructure Partners and CVC Capital Partners.

With Naturgy’s 4.5GW of renewables capacity and significant pipeline in Europe, US and Australia, the move is the latest push by IFM to secure renewable energy assets, after it partnered with Trafigura to form Nala Renewables last year. Naturgy also owns and operates Spain’s largest gas distribution network and the country’s third-largest electricity distribution network.

IFM was reluctant to invest in renewables a few years ago, but global head of infrastructure Kyle Mangini told us at the time of the Nala Renewables deal that renewables had reached a “crossover point”, signalling a change in attitude. And what a change, given that it is willing to pay €5 billion for a minority stake in Naturgy, when it usually seeks controlling interests.