This article is sponsored by True Green Capital Management

How is the current geopolitical situation in Europe impacting the market opportunity for distributed solar?

Panos Ninios: We believe that Europe has become a more interesting market for renewables generally, and solar in particular, since 2019, owing to the move away from feed-in tariffs to more of a market-based framework. More recently, while the energy transition was already well under way, war in Ukraine has made the situation even more urgent because of the critical vulnerabilities it has exposed around the control of energy supply.

What regulatory support is the sector subject to today?

Sam Salisbury: The distributed solar sector is highly regulated. Even in an ostensibly deregulated market such as the UK, there is still plenty of regulation. It is important to remember that regulatory incentives are far broader than just subsidies.

First of all, there is the REPowerEU plan, which includes a rooftop solar initiative and is underpinned by ambitious targets. Then, at a country level, the major economies have all set legally binding targets to hit net-zero emissions by 2050, and have translated these into sub-targets and programmes. These programmes are supported, in some cases, by feed-in tariffs, as well as contracts for difference, providing long-term stable prices.

We are also seeing growth in subsidy-free projects. But just because we call them ‘subsidy free’ does not mean that they do not benefit from favourable regulatory conditions. Examples would include behind-the-meter projects delivering electricity directly to customers, which benefit from avoiding transmission and distribution charges, as well as other costs that might be added to electricity bills such as the green levy in the UK.

Projects may also benefit from export guarantees. In addition, governments are investing in supply chains. Just look at the rhetoric around ScotWind’s release of offshore wind territories, as well as local authority and social housing decarbonisation funds in the UK, which are investing in the supply chain in order to retrofit housing stock. These are all positive regulatory interventions that we see in the sector.

What implications is the withdrawal of feed-in-tariffs having on the market?

PN: Historically, accessing feed-in tariffs has been as simple as making an application to a government entity: if you fulfilled the criteria, the allocation would be granted. It was a bureaucratic process and pretty much anyone could do it. Going forward, there will be a move to a more market-based environment which will differ significantly from country to country. To give you two extremes: in Spain, there will be true commodity exposure to the power markets, meaning you can either sell at spot or sell forward, but ultimately you will need to build comprehensive commodity risk management infrastructure in order to operate profitably in that volatile market.

In contrast, in France, we are seeing the emergence of lease-style bilateral contracts with owners of real estate. Here, you will need to understand the counterparty and legal issues involved in what will ultimately become real estate transactions. In other words, investors are going to have to become a lot more sophisticated and to broaden their resources and expertise dramatically to deal with a number of very different market environments.

What impact do you expect from the measures announced by European governments to reduce electricity and gas demand?

SS: First of all, I would emphasise that gas is the problem that everyone is worrying about. Gas is, of course, used to generate electricity and so it has become important to reduce both gas and electricity demand. My assessment is that these measures are positive for the renewables industry and particularly for distributed renewables.

Why? First, demand reduction targets usually apply to demand from the central grid. Distributed assets reduce that demand. In France, for example, government edicts around reducing overall consumption, position self-consumption – where you produce and consume your own electricity – as reducing consumption levels overall.

Second, we see these targets as an accelerant for the evolution of the European electricity system. When governments talk about electricity systems, they are focused on three dimensions: security of supply, affordability and impact on climate. Gas has become very expensive and is expected to stay expensive. It is less secure than it was historically thought to be, and it is certainly not green. That should accelerate the energy transition.

After all, demand reduction targets are short-term measures to control prices. But what is the long-term solution for reducing reliance on gas? The obvious solution is distributed generation, coupled with storage, which can match supply and demand locally and which has the added benefit of not requiring expensive upgrades to distribution and transmission networks. Everything is pointing to the end of the cheap gas era – distributed renewables generation and battery storage are primed to fill that gap.

Which geographies within Europe do you see as interesting when it comes to distributed solar and why?

PN: There are two different jurisdictions that we are particularly interested in right now, and for different reasons: France and the UK. The UK has always been attractive and is a more market-based environment, and we think there is huge scope for commercial and industrial deployment, particularly with regards to social housing.

France, on the other hand, has historically had a centralised, regulated power sector through EDF (and just a couple of months ago, the prime minister announced plans to fully renationalise EDF to stabilise its finances and develop France’s nuclear power industry). But gas price caps cannot last forever, and France needs solutions beyond nuclear, which take time to build and always end up being more expensive than planned.

Distributed solar generation, by contrast, can be rolled out quickly and affordably, so it makes sense from a high-level, economic perspective. At the micro level, meanwhile, what is attractive about France is that there is already a regulatory framework around self-consumption in place, which can be rolled out on a building-by-building basis.

How would you describe the competitive dynamics in the sector?

SS: There are few players that cross national boundaries, largely because regulation is set at a national level. There are language barriers as well. Meanwhile, the largest and oldest players in the market tend to gravitate towards utility-scale projects. Most private and public funds, corporations and big banks have come to the conclusion that it takes the same amount of effort to build a 1MW project as it does a 50MW project, and so it is more efficient to deploy capital at scale. That has resulted in high valuations and low returns in that space.

By contrast, the market for smaller projects – 5MW and under – is incredibly fragmented. Scores of players represent up to 50 percent of the market in most geographies and are typically regional, rather than national. The process of developing projects in this size bracket is highly relationship driven and technical, which means that competition is relatively scarce and the returns are far higher.

So, why isn’t there a flood of capital entering this market? It goes back to Panos’s point about the expertise required to understand contract structures that are acceptable to off-takers, as well as finance providers. You have to be able to manage market risk and you have to have patient capital to build scale. You need to have relationships with debt providers and prospective buyers in order to refinance and boost returns. In addition to an investor’s skillset, you also need construction and operational knowhow, so that you can support your partners in delivering value.

PN: There is a huge amount of growth ahead of us in this industry; the trick will be in the execution. Those groups that succeed in capturing market share will be those that can execute best across a variety of risk environments and in a market that has become a great deal more complicated than was the case during the feed-in tariff era.

What do you believe the future holds for distributed solar? 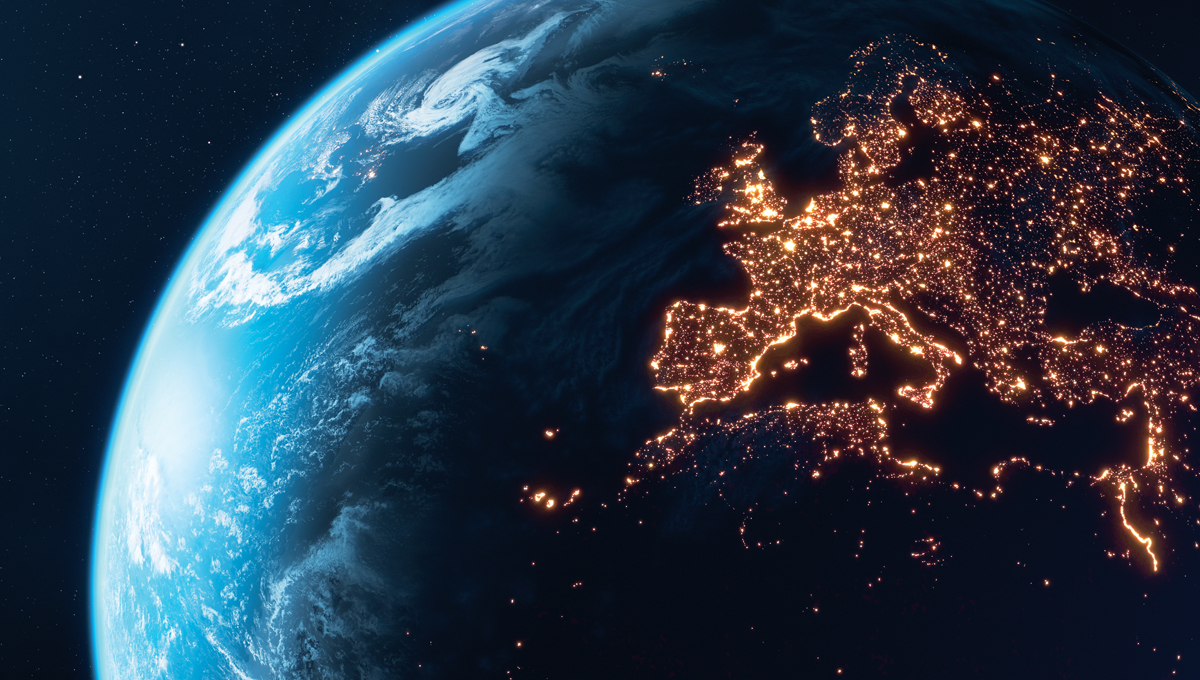 Why have you made the decision to focus on Europe, as a US investor?

Panos Ninios: Historically, Europe has not looked attractive because feed-in tariffs encourage a race to the bottom, attracting the lowest cost of capital and precluding any sort of interesting return. However, when feed-in tariffs began to tail off in 2018, we started hiring people and spending a lot of time researching different European countries. The reason that we are particularly excited about the European opportunity is that we feel that, at least in the medium term, we have a competitive advantage. We know how to operate in this kind of market-based environment because, as of 10 years ago in the US, we have faced certain issues associated with C&I solar including site origination, customer access and acquisition, contract negotiation, credit-risk management and commodity exposure.

Panos Ninios is co-founder and managing partner and Sam Salisbury, based in London, is director of origination at True Green Capital Management