This article is sponsored by Whitehelm Capital

How far have private markets asset classes come with regards to diversity and inclusion?

There’s no doubt that progress has been made, but it remains early days. A recent bfinance study into more than 70 infrastructure managers put gender diversity at around 22 percent overall, but at only 12 percent among investment committee decision makers. Similar results were seen for ethnic diversity, at 17 percent and 7 percent, respectively.

If you compare that to the public markets, private markets are certainly lagging behind. That’s probably partly to do with size and partly because public entities face a greater degree of accountability. For example, in the UK, the FTSE 100 and 250 are on track to meet their 2020 gender diversity goals of 33 percent female representation at board level. They’re slightly further behind when it comes to reaching the same targets for leadership teams, but they are getting close. At this point, the difference between public and private markets is noticeable.

What are the driving forces behind the current push towards greater diversity?

There is a real momentum that has developed in society as a whole. We can see it in the MeToo and Black Lives Matter movements. That momentum is filtering down into a variety of markets, including infrastructure, that have historically been heavily weighted towards male, white and middle-class employees. That status quo is no longer considered acceptable.

What has been Whitehelm’s own diversity journey?

We took the decision quite a number of years ago that we would need to have a more diverse team in order to be successful here in Europe, not just Australia. When I joined the firm nine years ago, it was very heavily Australian, as I am. But now I am distinctly in the minority. Equally, when I joined Whitehelm, the investment team was entirely male. That has also changed dramatically. We have become diverse in many different senses, not just in terms of nationality, languages and gender, but in terms of professional backgrounds, as well. Diversity of thought process is critical to us.

What obstacles currently lie in the way of the infrastructure asset class improving diversity?

I don’t think there should be any fundamental obstacles preventing progress so long as there is genuine buy-in from the senior team and the organisation as a whole. That said, there are three key issues that need to be addressed. The first is ensuring that the pipeline coming into the industry is diverse. We need to look at those coming through university and at how we can ensure infrastructure, and investment management in general, is seen as an attractive opportunity for a wide range of individuals. For example, Whitehelm recently joined the #100BlackInterns scheme, committing us to hiring a black intern each summer. Programmes like that open up the industry to those who may never have previously considered it.

Next, of course, there needs to be diversity in promotions. You need to make sure that people can succeed in your organisation and that unconscious bias does not play a role in who is promoted. Finally, and related to that, you need to make sure you have an inclusive environment where a diverse workforce can flourish. There is no point in hiring and promoting people from diverse backgrounds if you don’t then support them to be successful in that role. A lot of studies show, for example, that people often seek to mentor someone in whom they recognise something of themselves. That is a hurdle that must be overcome.

Setting publicly available targets that you hold your organisation accountable for is key. This is where initiatives such as the UK Women in Finance Charter are helpful, as they encourage the public accountability of making progress against your diversity targets. What is measured and assessed is much more likely to see improvement.

Is it more challenging for smaller managers to achieve these goals?

Large managers often have greater resources devoted towards diversity and inclusion measures. Preqin recently released a study showing that 82 percent of top-quartile managers in terms of size had a published diversity and inclusion policy. That dropped down to 12 percent below that threshold. But size should not be an inhibitor. There is no reason why smaller managers can’t fully participate and progress. We recently became a signatory to ILPA’s Diversity in Action initiative. We believe those kinds of industry-wide initiatives can help smaller managers, in particular, both because it creates public accountability, and because it creates an important data set and learnings that can be shared among managers.

Why is it so important that infrastructure managers become more diverse? Beyond societal impact, what benefits does it bring to the firm itself?

The key advantage of diversity is that it provides diversity of thought and ideas. You can expect more innovative outcomes from a more diverse group of people applying their minds to a problem or opportunity. We believe that the more a team mirrors the society it’s trying to invest in, the more effective it is likely to be. Indeed, research shows there’s a strong correlation between diversity and performance. A recent IFC study showed that gender balanced teams generate returns that are 10 to 20 percent higher than teams that are overweighted towards either gender. This isn’t about saying men or women are better decision makers. It is diversity that is key.

How would you describe LP attitudes towards diversity? Is it genuinely a big issue for them, on a par, for example, with environmental concerns?

A lot of LPs are becoming more aware of diversity and are asking more questions in due diligence, which is a great positive. We consciously raise the issue when speaking with investors and when we do, we always get good engagement.

However, it is still only a minority that take the matter very seriously. I don’t think there are many LPs yet that would decline an opportunity purely on the basis of diversity.

A recent bfinance report noted that around 57 percent of the alternative investment community recognise diversity as important for outcomes but only 13 percent have a policy in place for manager selections.

Another 10 percent expect to implement a policy next year and a further group are looking to do so in the longer term. The trend is definitely there. It is inevitable that there are those that will take the lead and then the rest of the industry follows.

What about the consideration of diversity at a portfolio-company level?

We assess our investee companies both on acquisition and on an ongoing basis against diversity measures. We believe it is important to do so. LPs are beginning to request diversity information, not just at a manager level but also at the portfolio level.

Of course, certain assets face specific challenges when it comes to achieving a diverse workforce. Some of our assets are in very remote locations, for example.

You have to take a different approach hiring for a windfarm in the middle of nowhere than you would hiring for a position in the City of London. But if you’re open-minded, progress can be made.

For example, in one investee company we have two people who job share. One is deaf and one is blind. Together they are able to fully carry out the requirements of that role. That benefits them, and it benefits the business, because it effectively has two minds rather than one.

How much progress do you believe the industry will make on diversity and inclusion and how long will it take to get there?

It’s really important that, as an asset class, we take advantage of the momentum that exists in broader society right now. There is huge progress that can be made. I believe we can end up in a place where we are, in fact, representative of society.

I’m not saying it will happen overnight, but you only need to see the results that have been achieved in the UK’s public markets to know that with the right targets and motivation in place, it can happen. 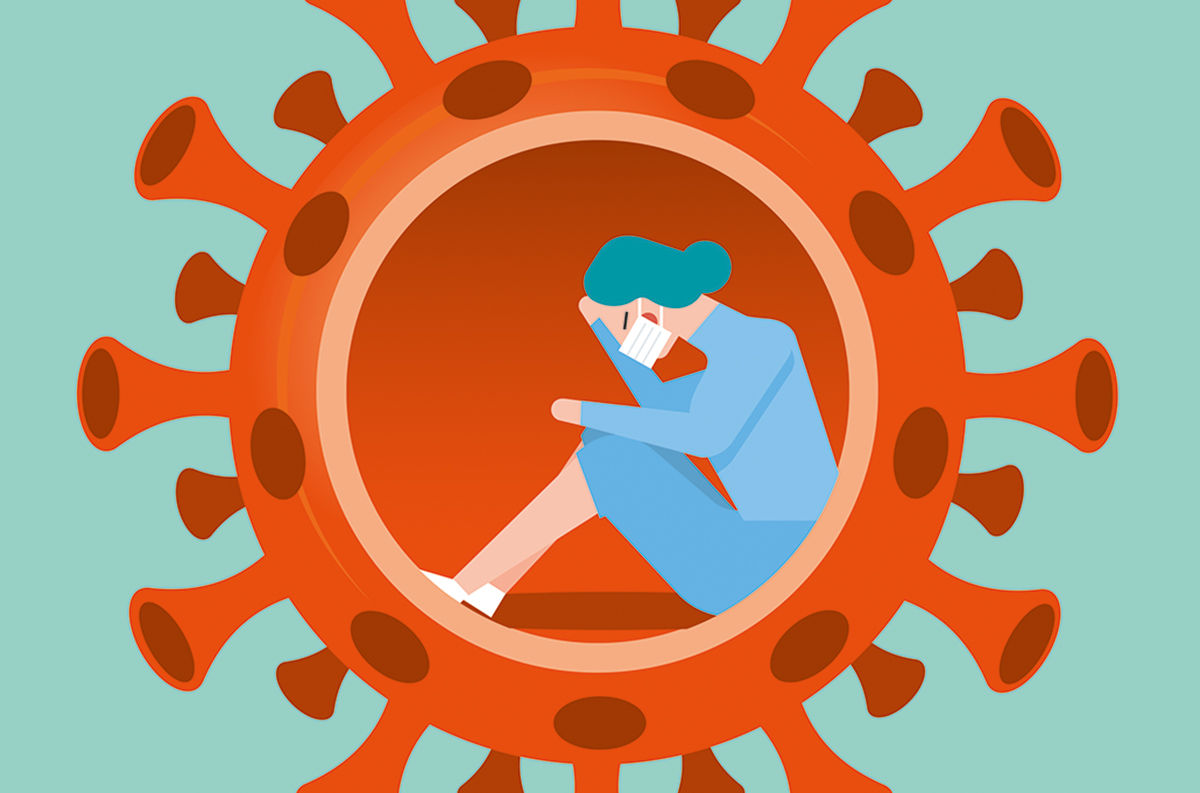 Has covid-19 played a role in shining a spotlight on certain aspects of inequality?

Obviously, the pandemic has created all sorts of dilemmas for people working from home, often with additional caring responsibilities, whether that be for unwell family members or for children off school and requiring an education. Statistics show that women are far more likely to be taking on those caring responsibilities.

Recent research from McKinsey, for example, showed that women’s jobs are 1.8 times more vulnerable to the crisis than men’s. Women make up 39 percent of global employment and yet represent 54 percent of overall job losses as a result of the pandemic. One in four women are either thinking about taking a step back in their career or leaving their job entirely because of the impact of covid. That is a real issue for diversity. There is a risk diversity could move backwards due to covid and so we have to be alive to the problems people are facing.

Equally, as talk resumes about returning to the office, it’s clear organisations intend to offer more flexible working practices, perhaps with some employees spending half their time working from home once we emerge out the other side of this crisis. That is great news. But it’s important that we don’t end up with a two-tier system, where people who choose to take advantage of those flexible working practices are excluded from critical meetings or miss out on getting the same opportunities just because they don’t happen to be in the office on a certain day.