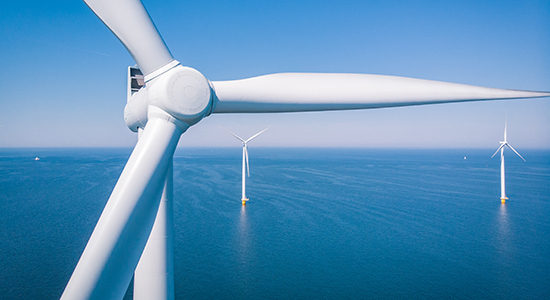 This article is sponsored by Ares Management

Climate infrastructure constitutes opportunities in renewable energy, battery storage and microgrids, electric transmission, vehicle electrification and energy efficiency. It reflects the rapid growth of clean energy due to cost declines, the emergence of new applications for existing energy technologies and the actions being taken by governments, corporations and consumers.

Climate infrastructure is now the largest sector of infrastructure, approaching $100 billion in transaction value over the last five years, according to IJ Global, and outpacing all other infrastructure sectors in total value and number of transactions in the US. The US also now represents the largest climate infrastructure market in the OECD, even when compared to continental Europe. BNEF projects renewables to nearly quadruple their share of US electricity generation over the next 25 years to 51 percent, after having already made tremendous progress from their 2 percent market share in 1995, as shown by EIA electricity data. And for the first time ever, renewables surpassed coal generation in select months in 2019, a trend that we anticipate will become permanent in the years ahead.

The energy transition is being driven by the secular tailwinds of what we at Ares refer to as the Three Ps – price, preference and policy.

1. Price. Technological advancement continues to plough forward, with renewables increasingly competing toe to toe on economics with fossil generators as costs continue to decline and productivity improves. Not only are prices declining, but new regions with less robust solar or wind resources are becoming viable as the technology advances, costs decline, useful life expectations extend and risk premiums decline.

Wind and solar, following 70 percent and 85 percent respective cost declines over the last decade, per Lazard’s Levelized Cost of Energy Analysis, are now cost-competitive with combined cycle natural gas even on an unsubsidised basis. This is remarkable given that the US is awash in natural gas from the shale gas revolution and in light of the efficiency improvements of new gas turbines.

2. Preference. Corporate and consumer preferences are accelerating the energy transition faster than anyone could have predicted through rapid growth in corporate power purchase agreements for utility-scale opportunities and growth in residential- and community-distributed generation (situating smaller-scale generation, like solar and storage, close to customer load).

Today, the most common form of new long-term power purchase agreement for wind and solar projects is not with utilities but with corporations. In 2019, there were nearly 14GW of new PPAs signed with corporations in the US, up 60 percent year over year and representing over $14 billion of capital expenditures, according to BNEF. This trend started with the technology companies, which are enormous consumers of electricity, and then moved mainstream.

Corporations benefit from renewables by both reducing expenses related to electricity consumption and meeting sustainability objectives. As tracked by RE100, today over 263 influential companies are committing to 100 percent renewables targets and the energy transition is even motivating oil majors to reorient their strategy towards renewables, like BP which recently committed to net-zero emissions by 2050.

Individual consumers are also increasingly interested in rooftop solar, home storage, energy efficiency and electric vehicles, which are some of the most exciting growth areas in the energy transition. Early adopters were concerned with doing their part for the environment. However, rapid cost declines have supported new applications and unlocked new consumers also motivated by decreasing their utility bills and enhancing their resiliency in light of increasing power outages due to storms, wildfire events and other service disruptions.

3. Policy. The US federal tax credit programme of the last 30 years has been a major success, encouraging the commercialisation and growth of the renewables industry, with over 160GW of projects built in the US over the last 10 years. In 2020, the renewables industry in the US is very focused on federal tax credits phasing out for both wind and solar over the next few years. The wind production tax credit expires after 2024 and the solar investment tax credit drops to a permanent 10 percent after 2025, based on placed-in-service dates. Renewables are now the cheapest forms of electricity, and while tax credits can influence how quickly the US decarbonises, they are no longer needed to provide an advantage over other forms of generation.

As US federal tax credits roll off, renewables policy has taken on a more decentralised nature and states have emerged as the leaders in the push to decarbonise. In the US, the states implement a nearly ubiquitous programme called Renewable Portfolio Standards (RPS), which are deployment thresholds for renewable energy to achieve by certain dates.

The National Conference of State Legislatures reports that there are now 37 states that have an RPS and many of them have very aggressive targets compared to 10 years ago – 25 percent was generally the high watermark for RPS. In 2015, Hawaii became the first state with a 100 percent standard, although it is uniquely positioned as an island with strong wind, solar and geothermal resources competing against plants running on imported oil.

Looking to 2020, there are now 10 states, as well as Puerto Rico and the District of Columbia, that have instituted 100 percent renewable standards. Achieving 100 percent renewables will not only require continued growth in wind and solar but also requires meaningful storage deployment in order to firm renewables’ intermittency. Nonetheless, technology advances and cost declines have definitively put 100 percent within reach, as evidenced by the 72 cities and counties in the US that have already achieved this.

We expect immense utility scale renewables deployment to continue, but as we look towards the future many of the major trends in climate infrastructure are tied to distributed generation themes. This trend capitalises on the wholesale/retail arbitrage to drive its economics and is increasingly preferable for environmental reasons as well as resiliency and reliability benefits. These distributed technologies continue to see new configurations emerge as cost declines unlock opportunities in new markets and their scalability (or really reverse scalability) enables new applications.

The scale of the energy transition is immense and its scope is potentially all-encompassing. It is being driven by price and economics as much as it is by durable trends of preference and policy. Climate infrastructure assets have demonstrated a resiliency and downside protection not observed in other infrastructure asset classes. This is an exciting time to be participating in the industry’s continued growth and innovation into new deployments that improve society at large.

Two black swan events in the last eight months – the Saudi-Russian oil war and oil price crash, and covid-19 – have underscored the resiliency of the asset class

Both crises have caused elevated economic and financial market volatility and significant levels of uncertainty for investors, but they have also highlighted the resiliency and growth trajectory of climate infrastructure, which has presented itself to be among the most defensive in the already defensive infrastructure asset class.

Oil price crash. One common misconception is that the oil price and broader commodity market volatility has an impact on renewables deployment. The historical trend shows this is not the case. The last 20 years have been marked by three oil price crashes of approximately 70 percent, but renewables deployment in the US and globally has continued to grow consistently and exponentially. We believe the fact that renewables have achieved true cost competitiveness puts them on a self-sustaining growth trajectory.

In response, oil majors have begun pivoting away from fossil fuels towards long-term carbon neutrality and renewables deployment goals. Why reorient this way? Quite simply, climate infrastructure, with its low-cost (free fuel), stable power generated by wind and solar, makes good business sense relative to their core hydrocarbon enterprise that has historically been subject to volatility and may experience downward pressure on future returns.

Covid-19. One interesting realisation from our experience through covid-19 is that not all infrastructure sectors are created equally. Even within infrastructure there is a spectrum of more essential vs less essential. In this downturn, airports and toll roads have been hit the hardest with a 61 percent decline in flights and a 46 percent decline in workplace mobility at their April troughs. In contrast, the power sector saw weather-normalised demand fall 11 percent at its April trough and is nearly back to normal today, so very defensive when weighted against the 33 percent annualised Q2 decline in US GDP. Power assets, and especially wind and solar assets, which with their zero marginal cost are the first plants to be dispatched, are proving the most resilient in the infrastructure asset class, supporting continued investor demand for renewables. Because what could be less correlated to GDP than the sunshine?