The Carlyle Group has hired a Goldman Sachs clean energy specialist to lead the firm’s Renewable and Sustainable Energy Platform.

Pooja Goyal left a 17-year career at the investment bank to become a partner in a division of Carlyle that the Washington, DC-based firm says is poised for growth. In a statement, Carlyle co-chief executive Glenn Youngkin described Goyal as a “seasoned investor” working in a “rapidly growing” part of the energy sector.

Based in New York, Goyal is set to start work at Carlyle in July, where she will lead an initiative that is an offshoot of the firm’s power platform. The Renewable and Sustainable Energy Platform will invest in clean energy assets primarily located in developed markets, according to a statement.

The team will work closely with the Carlyle Power Partners team and the firm’s portfolio company Cogentrix Energy, the statement said. Matt O’Connor leads the firm’s power group, which closed its second power-focused fund on $1.5 billion in 2016.

In 2012, Goldman Sachs agreed to sell Cogentrix and its North American portfolio – including five coal and solar assets and a pipeline of gas and renewables projects – to Carlyle for an undisclosed price. Around that time, Robert Mancini, who was chief executive of Cogentrix and a managing director at Goldman Sachs, joined Carlyle to co-head the power group. Mancini retired last June.

“In every deal we do, we’re going to need to bring a new level of energy management, automation and efficiency to projects,” Andrew Marino, co-head of Carlyle’s Global Infrastructure Opportunity Fund, previously told Infrastructure Investor. “Government entities are not only encouraging, but even requiring a greater standard of renewable energy in delivering their projects.” 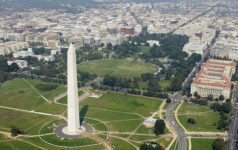