This article is sponsored by Cube Investment Managers

How has the energy transition market evolved since you started investing?

Renaud de Matharel: When we started investing in the energy transition market nearly 15 years ago, solar and wind were not the plain vanilla infrastructure assets they are today. Just like the first time we acquired a commuter bus and ferry company in Norway, many argued that the sector did not fit in the infrastructure asset class. But we spearheaded the movement and it has now become a very important part of the market.

Despite the growing maturity of the sectors, we continue to recognise fundamental trends shaping European infrastructure which offer strong potential for attractive returns as a result of substantial investment. Commuter transport, for example, will benefit from the conversion from diesel to electric vehicles, not only in the vehicles themselves but also in developing recharging infrastructure. This is an area we seek to invest in.

Where has the competition come from and are there less competitive areas?

RdM: Renewable energy generation has become commoditised – at least when looking at the larger brownfield assets. Institutional investors that invest directly have a different cost of capital to funds and are currently financing the bulk of the market by focusing on the large-size assets.

To deliver double digit returns today, you need to be an active investor, focusing on smaller and often more complex assets, with the objective to build-up larger platforms. Another route is to address the greenfield market.

Other sectors, such as district heating, require significant operational know-how – hence the space is narrower and more difficult for direct investors to access. It has also become more competitive, but it remains attractive provided you know the market well and can be ahead in identifying opportunities.

These markets are experiencing enormous growth, for all the reasons we know – such as reducing carbon emissions or addressing the demand among corporations to avoid paying the carbon tax. The demand for investment is massive and is exacerbated by the Ukraine conflict, which is leading to calls for Europe to become less dependent on external energy sources.

There are still strong reasons to believe that funds and direct investors will keep busy given how high the needs for investment are globally.

How successful has investment been at decarbonising Europe so far?

In Germany, renewables represent 45 percent of the gross electricity production in 2020, but the target is to reach 100 percent in 2035. But believing you can replace like for like is – bluntly – wrong, it is more like 3:1 – plus storage because of the intermittency of renewable power generation.

To run a country like Germany mostly on wind and solar requires both a massive amount of energy storage (roughly 48 hours of storage) and overbuilding wind and solar. We believe this is why hydrogen makes a lot of sense. Instead of discarding the majority of the electricity produced, it is better to harness the extra electricity to generate green hydrogen, then store this and use it to produce electricity when wind and solar generation is not available.

RdM: When you invest in essential infrastructure for local authorities, your public client always wants you to invest to improve the quality and often extend the scope of service. This drives growth, and the required capex is to some extent greenfield. Our brownfield funds are alpha funds that deliver strong value creation – not by physical or financial restructuring but by delivering organic growth.

When you start from scratch with greenfield investments, the risk is greater but you can move faster into energy transition 2.0, beyond wind and solar. As an investor, it is important to cover the entire space and stay ahead of the market.

What else is required for Europe to accelerate the energy transition?

Hervé Touati: We see three areas of opportunity in the energy transition 2.0 – electricity storage and transmission, electrification of energy uses and the production of e-fuels.
Transport, industry and buildings – either residential or commercial – account for the majority of energy consumption. We need to electrify these sectors as much as possible to replace fossil fuels by green electricity from wind and solar. More wind and solar will require a proportional amount of electricity storage to balance the electricity grid.

Unfortunately, we cannot electrify everything – at times it is too expensive, at times it is not even physically possible. What do we do then? The answer is green molecules.

Biofuels are a short-term answer. They are hard to scale. To scale
zero-carbon fuel production, we should use electricity – to generate green hydrogen first, and then, when appropriate, derived fuels such as ammonia, methanol or more complex molecules (such as e-kerosene for air transport).

For example, Maersk – the world’s largest shipping company – has ordered a dozen container ships that will be able to operate on methanol. For aviation, electricity may work for short distances, but the easiest solution for long distance travel would be an e-fuel version of kerosene. This would not require any modification of planes or airport infrastructure. The question will be whether we can produce e-kerosene cheaply enough to make it an attractive solution compared to hydrogen planes.

How would you characterise the opportunities in Europe today for energy storage?

Short duration storage is the most rapidly emerging subsector today. To balance the energy system, we also need long duration and seasonal storage. Today, this is done mostly with fossil fuels – with the exception of specific locations like Norway, Québec and New Zealand, that are endowed with large enough water reservoirs to store hydroelectricity for one or two years. Outside these geographies, the only practical option for long duration and seasonal storage are fossil fuels.

Over time, we will see emerge opportunities for long duration storage (where there is no clear technology winner emerging yet) and seasonal storage (where the winning technology is most likely going to be molecule storage – hydrogen or one of its derivatives – ammonia or methanol).

Are there renewable energy options that also address the issue of storage?

HT: Geothermal is one of the most attractive options today. It is more expensive than wind and solar, but the benefits are four-fold, requiring no storage allowing energy generation whenever it is needed. Geothermal can be used not only for electricity generation, but also for heating, while it has a very small footprint and low environmental impact.

Additionally, in geographies including the Upper Rhine Valley in Germany, geothermal brine contains lithium, a core constituent of battery storage. It is one of my core beliefs that geothermal energy will be the fastest growing sector in the energy transition 2.0.

Another consideration is that people trained in drilling for oil and gas can reuse their skills in geothermal. The service companies – Schlumberger, Baker Hughes, Halliburton – have all declared their interest in geothermal energy and have advanced drilling technology that, up to now, has not been used in the geothermal sector.

Can geothermal energy be a hard sell to the public and policymakers?

No technology is perfect. Geothermal is no different to solar or wind in that regard. Some local communities are opposed to wind and solar developments because of the visual impact. That is not a problem geothermal energy has. In any case, itis important to work with communities, so people feel comfortable. It takes time and effort, but it is a critical part to successful project development.

Where are the opportunities in Europe in geothermal?

HT: It is important to remember that geothermal is not new. The first plant in Europe was in Tuscany in 1906 and ENEL is now operating 800MW of geothermal generation capacity in Italy alone. There are more sites that can be developed in Italy, Germany and other countries.

Our experience with geothermal energy near Paris shows that there are lots of places where drilling is possible. Technology has advanced a lot in recent years, and the surface footprint for geothermal is quite small, so it is an exciting opportunity in many places. 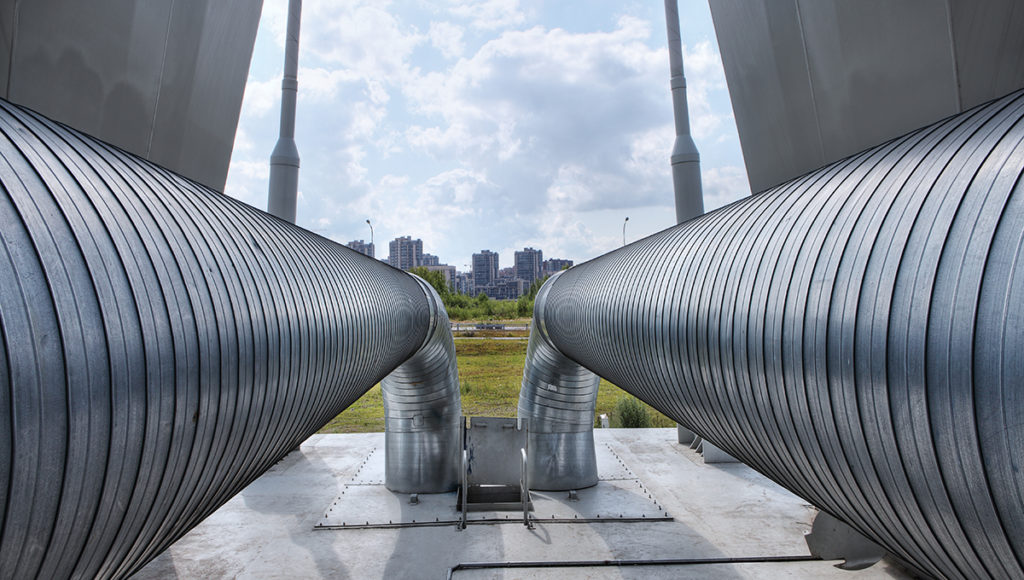 In 2010, Cube Infrastructure Managers invested in Enertherm, which held one of the largest district heating and cooling concessions in Western Europe, centred on the La Défense zone of Paris.

Cube then acquired IDEX in 2011 and, through a series of subsequent acquisitions, expanded it into the third-largest energy services company in France, operating more than 40 district heating networks at the time of Cube’s exit in 2018.

“On top of market consolidation, what really drove the growth of this company were the ESG drivers. We focused on converting the fossil fuel-fired plants into biomass and geothermal plants. In the eastern part of Paris, in 2012 IDEX won a very large geothermal district heating concession,” says CEO and managing partner Renaud de Matharel. Since then, IDEX has supplied the Paris commune of Neuilly-sur-Marne with heat, over 60 percent of which is drawn from its geothermal plant.

IDEX taps into water heated at 70 degrees at a depth of over 1,500 metres, which is used to provide heat to its district heating systems. The group, which was acquired by Antin Infrastructure in 2018, is also active in the design, development and operation of other geothermal energy plants across France.