This article is sponsored by Energy Investment Partners

The term energy transition has been around for years. What does it mean to you?

Roland Dörig: The energy transition is a global movement to reduce carbon emissions in the energy industry. In gross financial terms, the OECD has said we need to invest $6.9 trillion annually in infrastructure until the end of the decade. That is about twice the GDP of Germany every year.
Countries across the world are generally aligned – everyone understands we need to reduce the role of carbon in our energy mix. Where we see differences is in the path from point A to point B.

At EIP, we are focused on making sure the transition happens in an intelligent manner that optimises for security of energy supply amid the transition. We want to add renewables to energy systems without jeopardising economic growth.

And we want to do it without any backsliding, as has been the case when coal-fired power plants needed to come back online to shore up energy supplies in some countries.

The EU decided to accelerate its renewable growth plans in the wake of the current geopolitical tensions. Do you expect a similar response in other regions?

Countries especially here in Europe realise the risks. Germany, for example, imported 40 percent of its natural gas from Russia in the first quarter of this year (albeit down from an average of 55 percent previously).

Four days after the Russian invasion, Germany announced they will dramatically accelerate their energy transition plans. Now they will be using almost 100 percent renewable electricity by 2035, 15 years earlier than planned.

That is the way out, but it won’t happen overnight. Germany’s last three nuclear power plants are shutting down for good this year and the country’s economics minister has said there is no way to completely phase out Russian gas before 2024.

So, it is imperative that we all invest now in decarbonisation but also in security of supply and self-determination.

The EU has been considering adding natural gas as a ‘transitional’ green investment under its Sustainable Finance Taxonomy. And yet, we just touched on some of the intrinsic risks. What role does natural gas have in the energy transition?

RD: We are convinced that natural gas has a key role to play in the energy transition. Gas-fired power plants offer the on-demand power needed to complement renewables. We are talking about plants that can power up and down tactically in case the sun isn’t shining or there is weaker wind. Natural gas also emits less than 50 percent as much carbon dioxide as coal.

The end goal, of course, is to minimise reliance on carbon-based power sources. To get there we need flexibility: grid-scale batteries or smart grids that leverage electric vehicles for balancing effects; classic hydropower reservoirs; or new technologies like hydrogen. It just takes time and, again, it is important that we start now.

Institutional investors are increasingly looking to add exposure to the energy transition to their portfolios. Some are considering it a separate asset class, with fixed allocation targets. Are you seeing that trend play out on your side and how do you explain the shift?

BG: Investors want to build diversified portfolios that generate strong risk-adjusted returns. Depending on the needs of the institution or investor, some may want dividends along the way.

If you look at it like that, it is clear why there is so much money looking for a way into energy transition infrastructure. Allocations to the infrastructure space last year were 30 percent above the five-year average, according to the latest Bain & Company report.

At EIP, we look for system-critical energy infrastructure, assets that are vital to the security of energy supply in the countries where they operate. These assets are the backbone of society. Regardless of what is happening in the broader economy, politicians need energy infrastructure that works.

Then you have industrial customers who want to buy power at predictable prices. Those are just two reasons why investors in the space can count on very predictable cashflows.

Once you consider that we invest in different geographies, technologies, parts of the energy mix and economic mechanisms, then you see the intrinsic diversification that comes with this new asset class, energy transition infrastructure. The appeal to investors is obvious.

Energy transition is such a broad asset class. If we are talking about infrastructure assets that generate power, you can look at different parameters: generation technology, like wind, solar or hydro; different geographies; the development stage of the assets. We also look at energy distribution assets like power networks or gas distribution.

There is also diversification through the economics of the asset. Are the returns regulated? Is there a private off-take agreement to sell power at a fixed price?

We can also talk about diversification in terms of type of portfolio company that we are investing in: Is it a group of operating assets? Is it an owner-operator of assets with its own development pipeline? Is it a platform that has power-generating infrastructure assets on its balance sheet but also adjacent business lines?

Is there a lot of competition for deals in the space?

RD: Of course there is. But, if I can say this with some humility, we designed EIP and our approach to stand out. First and foremost, we are focused 100 percent on our asset class. We have 65 specialists who work exclusively on energy infrastructure. We are not a big firm that has an infrastructure strategy or an energy team. We are all-in on energy transition infrastructure every minute of the day.

Of course, there is also a snowball effect here. The longer we invest, the stronger our advantage. We are growing into a platform, we know the players, we hear about the deals. This edge was critical to our recent partnership with the leading Canadian utility Boralex to invest in their French platform. 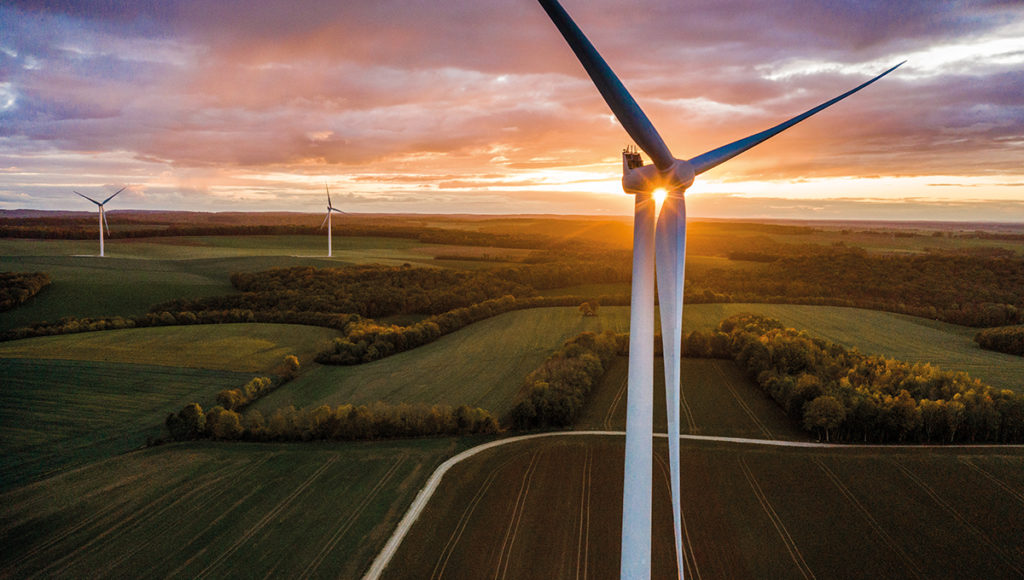 Funds managed by Zurich, Switzerland-based Energy Infrastructure Partners recently reached an agreement to take a 30 percent stake in Boralex’s French renewables platform, one of the largest portfolios of wind assets in the country.

Boralex and EIP will work together on plans to nearly triple the size of the portfolio to three gigawatts by 2030. The plans support France’s renewable energy programme, launched in 2018, which aims to double the country’s onshore wind capacity and triple its solar capacity by the end of the decade.

“Boralex is a real success story in France, having built up the largest independent renewable power producer in the country, alongside Engie and EDF, of course,” says Roland Dörig. “We had been following the development of the business for a number of years and had good relationships with the management team. When we learnt that they were looking to sell a minority stake and bring a knowledgeable partner on board, of course we were interested.”

Beat Goetz explains that the combination of Boralex’s defensive risk profile and potential for value creation made it a compelling proposition for the firm. “Boralex already owns one of the largest independent wind portfolios in France, producing stable returns based on commercial and regulated power purchase agreements with big players like IBM,” he says.

“At the same time, Boralex has a pipeline in place, ready to be built out. This opportunity means there is value in terms of returns, cashflow and higher valuations in the long run. This type of defensive investment would not usually produce the returns that investors are seeking. But here the combination of defensive characteristics coupled with the ability to generate value as a partner in the development platform is what appealed to us.”

Of course, other firms also spotted that potential and competition was fierce. “Everyone was interested in this participation, but the vendor was looking to select a partner based on experience and sector know-how,” Dörig says. “That was our edge.

“Boralex has ambitious goals to grow its portfolio, at least in line with the French market, and is perfectly positioned as one of the largest players to benefit from ongoing market consolidation in French renewables. Through our partnership, we will work together to realise that ambition and achieve those goals over the long term.”

Finally, high inflation and central bank measures to combat it have been putting pressure on equities this year. To what extent would you say infrastructure, and in particular energy infrastructure, is up for these challenges?

BG: Look at the consumer price indexes that central banks use to measure inflation. According to the US Bureau of Labor’s statistics, gasoline prices have been the biggest contributor to CPI in the last five years. We don’t invest in anything related to the petroleum industry, but you can see how energy prices and commodities prices more broadly play a key role in inflation.

Now consider that the majority of energy usage is non-negotiable. Factories don’t power down and commuters in America don’t stop driving to work when there is a price increase of, say, 10 percent, which would be a serious level of inflation. Households don’t stop using power grids when electricity gets more expensive. All of this is to say, the assets we look at have clear pathways to perform in inflationary environments.

Of course, tightening of the monetary policy by central banks will generally create headwinds to growth, with implications across the economy. The energy industry is obviously not immune. But our team has really studied this asset class. If you look at distributions and capital gains, privately held infrastructure assets have really held their own if not outperformed against typical assets, like stocks, bonds and real estate, across all manner of growth and inflation scenarios.