Q: How is the energy transition playing out in growth markets?

GM: In developed markets, the transition has been focused on adjusting the energy mix in order to get cleaner. In growth markets, it’s about meeting the basic human need for power and getting new deployment and generation capacity in place. For the last 20 years, the focus in growth markets has been on building new power plants and the associated infrastructure, because they just need generation. However, renewable energy has recently become a big part of that.

Ten years ago, most solar and wind generation was being built in developed markets. But now that costs have fallen in the last few years, both developed and growth markets are on par with each other in terms of how much capital is being invested in renewables.

GM: I think Latin America is really leading the way in terms of establishing frameworks that draw in private investors. Some countries here have worked on developing legal, regulatory and contractual structures to attract private capital. A lot of the focus early on was to build base-load generation, like natural gas, but that has shifted dramatically and very recently toward wind and solar. It’s reached a point where, in certain countries like Mexico, there are specific targets to develop renewables.

They have auctions just to have investors to bid on renewables projects to get these contracts. And these contracts make more project financing available. Lenders that finance renewables or infrastructure deals in the US are just as readily available to finance deals in Chile, Mexico, Peru and Colombia.

Q: What about in the other markets Actis targets: Southeast Asia and Africa?

GM: In Southeast Asia, let’s look at India, the largest market in that region, as an example. India is targeting renewable energy capacity of 175,000MW by 2022, up from around 70,000MW currently. There isn’t a lot of natural gas, but there is a lot of coal. It does require a little more financing specialisation than in Latin America. Similar to the US, there are federal and state regulations and different counterparties to cope with. They do have local financiers that have liquidity and capital to invest, and the government has specific programmes to encourage investment.

Africa, on the other hand, is less mature and very segmented. There are 54 very different countries which all have their own regulatory situations. I would say there are 12 to 15 countries that have really focused on developing legal, regulatory and contractual structures to attract private capital. There is robust but rarely called on downside protection for foreign investors going into the infrastructure and power sectors, such as political risk insurance from the World Bank or revenue guarantees from development finance institutions. Part of the preconception that Africa is a risky place to invest in is the lack of track record in many areas, but progress is being made and private capital is flowing in.

Q: What opportunities are drawing private capital into these markets?

GM: Because of the clear supply-demand, the focus used to be predominantly on greenfield investments in growth markets, but that is evolving and this is probably most pronounced in Latin America. Money has been going into these markets long enough now that there is a large volume of operating assets, again, in Latin America especially. Those operating assets offer an opportunity for investors to come in and buy at a lower risk level. We’re starting to see increased interest in buying operating assets that already have contracted cashflow and the ability to provide yield.

Q: How can investing in operating assets factor into a country’s energy transition, though?

GM: Because there is a market now for operating assets, there is an opportunity to focus on building truly sustainable businesses by bringing best practices into maintaining and enhancing those assets.

Fox example, you might have a solar panel manufacturer in a growth market who decides to own projects as a way to guarantee its panels will be built and deployed. Once the project is built, they recognise they’ve locked up a lot of capital in that operating asset that now has a nice contract. Now they’re ready to sell. They haven’t really been consistent in focusing on operational improvements. That’s the next generation of upside opportunity in growth markets. Operating assets have not been focused on like they have in the US or Europe.

“There is an opportunity to invest in later-stage assets in these markets, where contracts are working and payments are being made”

Q: Are institutional investors becoming more interested in these opportunities because the risk of these assets is decreasing or because they’re more familiar with the markets they’re in?

GM: Many investors see their infrastructure allocation as safe money. They want yield and contracted cashflows, but they don’t want a lot of risk. They don’t see that part of their portfolio as being the high-risk, high-return type capital. There is a whole host of institutional investors that have maintained that growth markets are just too risky for their infrastructure allocation. So, they’ve stayed away.

But now there is an opportunity to invest in later-stage assets in these markets, where contracts are working and payments are being made, where you can identify the creditworthiness of a power purchaser. It’s a much lower risk than the perception of what growth market infrastructure is about. You’re seeing investors include growth market power infrastructure specifically for those reasons. They recognise operating assets are lower risk and they’re getting compensated much more for any incremental risk because of the markets they’re in versus for similar deals in the developed world.

This story is sponsored by Actis. 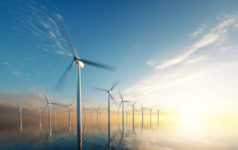