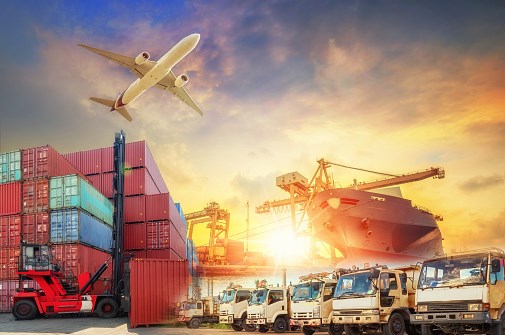 Infrastructure is often viewed as one of the safest bets in private markets investing due to its long-term nature, government support and subsidies, and the inherent defensiveness of the investable assets.

However, with the world in the grip of a severe economic downturn as a result of government actions to control the spread of the coronavirus, has infrastructure debt lived up to its reputation as a safe haven for investor capital, and how will the crisis affect the way infrastructure debt funds invest?

The early signs are that infrastructure debt, and indeed the wider private credit asset class, has weathered the covid-19 crisis well. Every fund manager sister publication Private Debt Investor spoke to for this article said that their portfolio companies have been almost completely unaffected by the crisis thus far.

Kit Hamilton, co-head of Macquarie Infrastructure Debt Investment Solutions, says the major impact on the way his firm does business was a sudden shift to focusing on existing portfolio companies when the crisis first erupted in March. “Over those first few months of the pandemic we were very much focused on managing our existing portfolio,” he says. “While normally we would only spend maybe 25 to 30 percent of our time on existing portfolio work, that increased to 80 or 90 percent as we worked through the impact covid-19 could have on our investments.”

This period of intense work paid off, according to Hamilton, who says that just five of the more than 150 investments in MIDIS’s portfolio are on credit watch. “We do not expect a major impact,” he says. “That’s really because this asset class is built to be long-term, stable and predictable, and what we’ve seen so far has vindicated our original underwriting thesis.”

Pointing to the strength of the original underwriting and how it has proved its worth during this crisis is another theme that emerges when speaking to the infrastructure debt community. Thomas Bayerl, head of infrastructure debt at Munich-based MEAG, says the minimal impact of the coronavirus on his portfolio is largely down to the way the loans have been structured.

“Our projects contain a facility which acts as a cash buffer to repay the debt for up to a year and we have other structured features in our loans which all worked in the crisis,” he says. “We also do our own stress testing of these assets because we find typically the equity sponsor will overestimate the base case by anything from 25 to 35 percent.”

Bayerl says it is worth trading five or 10 basis points of yield to get safer structures that are more robust in difficult market conditions.

The net effect is that MEAG’s portfolio has not seen a single default or restructuring during the crisis. Although some construction projects have been delayed, the firm also builds in buffers to its longstop date to account for this.

This caution is being extended into newer investments. MEAG is looking at extended liquidity buffers and longstop date buffers to account for difficulties that projects may continue to face as the crisis is set to persist for many more months.

“Before the crisis, we saw transactions in the market that were very aggressive,” Bayerl explains. “And while I wouldn’t say we are conservative, as that approach could cut off potential gains, we are perhaps more realistic than others in our approach.”

Fund managers in the infrastructure debt space have also been busy doing new deals since the initial firefighting to understand the effects of the crisis from March through to May.

“We expect market deployment to be down year-on-year, largely due to those months early in the crisis when little activity took place,” says Hamilton. “But it is already coming back strongly.”

However, new investments face new challenges due to pandemic-related restrictions on movement and meetings, which have forced many firms to do business via digital means.

“We do like to meet teams and do site visits as these are long-term investments,” Hamilton adds. “It is good to see that video conferences and virtual meetings have been readily accepted and, in some cases, this engagement has proven more open and expansive than that we would have experienced previously.”

Site visits have also become virtual, according to Bayerl: “We get videos from drones that our team of engineers can review and they can request additional photos to help them understand what is happening onsite.”

The way investors look at different types of infrastructure is also likely to change, perhaps for the long term.

Although digital infrastructure such as fibre networks and data centres are set to perform well, physical transportation services have been hit badly, with public transport operating under restrictions or reduced capacity.

Emma Haight-Cheng, partner at private markets investor AMP Capital, explains: “Covid has shown that there is an inherent level of risk in the transport sector. It’s something we will continue to pitch on, but we will be more conservative.”

Building for the future

In the UK alone, health secretary Matt Hancock announced plans to build 40 new hospitals and prime minister Boris Johnson has expressed ambitions to ramp up the country’s wind power generation capacity. Similar announcements have been made in other countries around Europe.

“There will be a lot of opportunities for infrastructure debt investors in the near future,” says Hamilton, “and it’s likely to have a green flavour. This comes at a time when the overall backdrop for private markets is that they will grow by trillions of dollars over the next few years.”

The positive environment for infrastructure debt is also likely to bolster demand for the product from institutional investors.

“While normally we would only spend maybe 25 to 30 percent of our time on existing portfolio work, that shot up to 80 or 90 percent at the beginning of the crisis”
Kit Hamilton
Macquarie Infrastructure Debt Investment Solutions

“The low interest rate environment means investors want yield and have focused increasingly on infra debt as a way to get it,” Hamilton adds. “There’s stability in infrastructure debt with better returns than corporate bonds and a lower propensity for downgrades.”

However, Haight-Cheng says the industry may have trouble keeping up with investors’ demand for capital safe havens. “To the extent it’s possible to have more demand for this asset class, we’ve seen it,” she says. “But there is a risk of a bubble as people move into assets that are highly defensive.” She is hopeful that government announcements will help drive future deal volumes, but says the UK government has “quite a lot of demands on its capital”.

The long-term nature of infrastructure means it is a strong asset class for riding out a crisis (or several), so it is little surprise that infrastructure debt investments have performed well in 2020. However, the highly unpredictable nature of the pandemic means previously strong demand for transportation has suddenly been curbed.

Nevertheless, the overall outlook for infrastructure debt is positive. Governments are already committing to major infrastructure projects in response to the pandemic, which should help to ease origination opportunities and prevent a significant build-up of dry powder.