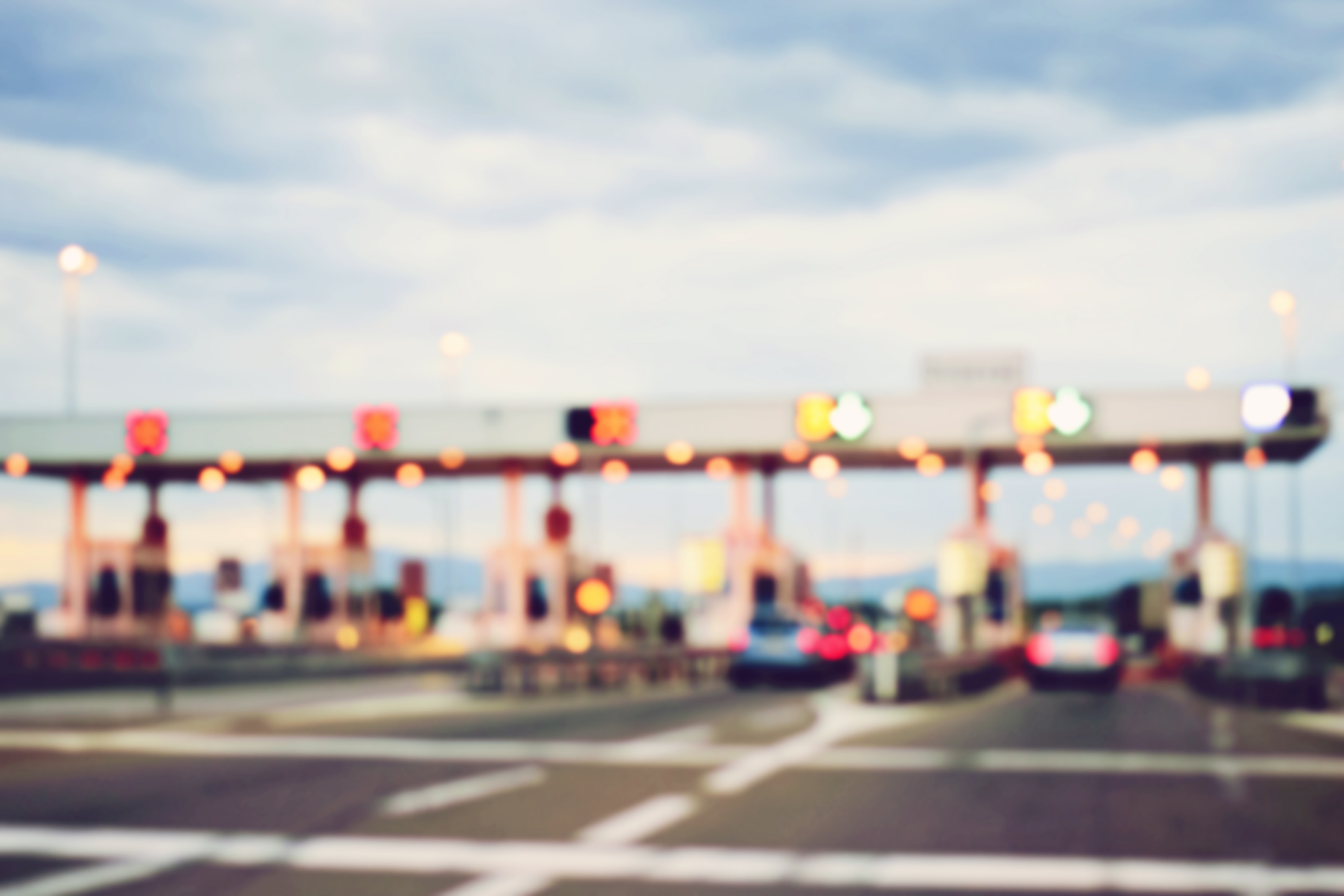 In 2006, Macquarie Capital created a toll road company called American Roads, forming a portfolio of five assets centred around a bridge in southern Alabama that ends near a small airport on the Gulf Coast.

The same year, Macquarie exited the company to Alinda Capital Partners, becoming Alinda’s financial advisor on a bond issuance that refinanced the short-term debt Macquarie used to acquire the American Roads assets. Seven years later, American Roads filed for bankruptcy, joining a number of toll roads that have gone bust in recent years due in part to financing secured on the back of traffic projections that never materialised.

But the American Roads story didn’t end there. Syncora Guarantee, the debt insurer that secured the bonds for American Roads, filed a lawsuit against Macquarie and Alinda (later dropped from the suit) alleging they had “fraudulently” induced its participation in the bond issuance, based on inflated traffic forecasts.

Macquarie finally saw an end to its part in the American Roads saga in November, when disclosure documents Syncora released showed the two sides reaching a settlement “without admission of any wrongdoing or unlawful conduct by either party”. The price tag for Macquarie: $38 million, according to documents and several sources familiar with the matter.

Alinda, Macquarie and Syncora declined to comment for this story, but Infrastructure Investor spoke with six sources close to the case to discuss details of the dispute.

While the transportation industry has sought to rein in optimistic forecasting by using more conservative financing and stress testing how traffic might perform in the next downturn, transportation deals are in low supply and high demand. That may tempt investors to dream big with their projections. As one traffic industry source put it: “You need big numbers to win big concessions.”

American Roads is a reminder of what can happen when you get those ‘big numbers’ wrong.

A ‘double count’ in projections

Before the economic recession began in 2007, there was a belief among many transportation investors that traffic growth would continue unabated. Nationwide, US driving had reached 3 trillion miles per year, the highest ever at the time, according to federal data.

But once the recession hit, freight and car travel shrunk, and driving started its largest decline since World War II. The toll road deals that have since failed have hit the industry hard, according to Bob Poole, transportation policy director at The Reason Foundation, a libertarian and free markets think-tank.

At a time when the private sector is trying to invest more in US infrastructure, Poole, who also served as infrastructure advisor to four presidential administrations, says the bankruptcies have “created the impression that these are high-risk projects”. For investors in these deals, many of which are pension funds, “whatever kind of return on equity they are expecting gets dashed when a project fails”, he adds.

American Roads – like many of the other projects that went bust – shows how a combination of high leverage and erroneous traffic forecasts can bring about that situation.

Macquarie first approached Syncora for its fateful bond wrap in 2005, according to court documents. It supported the planned bond issuance the next year with traffic forecasts from an Australian consultant called Maunsell, now owned by engineering giant AECOM, which it had used for previous toll road deals.

By 2012, traffic had fallen across the portfolio. Instead of the 20 million vehicles Maunsell had projected for that year, American Roads saw less than 10 million, according to court documents.

A source familiar with the American Roads bankruptcy, who asked not to be named to be able to speak about the lawsuit, told us the unforeseen economic nosedive was “very bad timing to have happen early in an investment”.

Syncora first alleged bias in Maunsell’s forecast due to undisclosed success fees Macquarie paid the consultant. That claim proved to be false for American Roads, although Maunsell had received success fees for previous Macquarie deals. Syncora later accused Macquarie of knowing at the time of the bond issuance about an error in the forecast.

AECOM, which owns Maunsell, did not respond to a request for comment.

A “double counting” of households near the Foley Beach Express – American Roads’ most profitable asset – led to Maunsell’s forecast using inflated historical growth for the region, reporting 9.9 and 9 percent increases instead of 2.5 percent for 2003 and 2004, according to court documents. The mistake also inflated growth projections, Syncora argued.

A third source familiar with the Macquarie side during the lawsuit described the double count as a small “transcription error”.

“The notion that the forecast was so inflated is infected with hindsight,” the source adds, declining to be named to discuss details about the case.

Macquarie fought the case for six years, including two attempts to have it dismissed. In court filings, the firm blamed American Roads’ money problems on “unprecedented and calamitous” events that reduced travel, including the recession, the 2010 BP oil spill and toll increases.

Syncora sold American Roads, which Alinda handed over ahead of bankruptcy proceedings, to Dutch fund manager DIF last May for $220 million. It settled the lawsuit with Macquarie six months later.

DIF did not want to comment on its American Roads acquisition.

Investors have pared back optimism in traffic forecasts since the recession, but the memory of failed deals lingers.

“Overly aggressive traffic forecasts don’t just put equity at risk, they put the long-term viability of the North American public-private partnership market at risk,” Jennifer Aument, head of toll road developer Transurban in North America, says. “The best thing we can do as investors to ensure we have greater opportunities in the US is to advance sustainable projects.”

Tanya Langman, director of financial services at engineering firm HNTB, says that means clamping down even more on runaway forecasts.

Lenders and rating agencies are more sceptical these days about projections that investors submit, she explains. They want to understand how forecasters make their projections, if multiple consultants are used and whether stress tests factor in downturns.

Investors have moved away from high projections too.

“More investors are taking a magnifying glass and looking through forecasts,” Langman says. “They now fully appreciate the extent of impact these may have on their transactions.

Langman adds that results from the last few years show a growing number of toll roads with strong performance compared with their original projections, but she still wants to see greater transparency and a traffic data benchmark as industry standards.

“What the US market needs now more than anything is success stories,” Aument argues.

American Roads may not be a success story, but if there is a lesson here, it’s that sometimes it’s better to undersell and over-deliver.

A number of clunkers

American Roads was not the only pre-recession toll deal to fail. In the US, there have been a number of clunkers.

Cintra, the company that built and has operated the SH 130 toll road near Austin, Texas since 2007 filed for Chapter 11 bankruptcy protection in 2016 after contending with roughly $1.3 billion in debt and low cash.

The South Bay Expressway outside San Diego, which Macquarie built and owned, could not make payments on its $510 million debt load after serving only 23,000 vehicles daily in 2009, far short of the expected 60,000, according to the company’s bankruptcy filings in 2010.

Transurban, an Australian toll road developer, handed over the Pocahontas Parkway to a group of European creditors in 2013 after years of underperformance. Jennifer Aument, head of Transurban in North America, says the deal fell victim to a pre-recession strategy of “build it and they will come”.

In 2006, the developer paid $600 million to Virginia in a “speculative transaction” to operate the 8.8-mile parkway near Richmond, Aument recalls. Transurban hoped a housing development planned for the area would drive traffic to Pocohontas. When the recession hit, developers nixed the project.

“We’ve learned a lot from that era,” Aument says. “It shaped our approach to how we staff and execute traffic and revenue projections here within the company”.

The developer now employs 30 traffic experts whose “only incentive is to provide decision-makers at Transurban with the best possible prediction of what’s going to happen on a toll road,” Aument explains. “They are in-house, dedicated employees and not external advisors.”

Then there’s the Indiana Toll Road, which again involved Macquarie, along with a subsidiary of Spanish developer Ferrovial. In 2006, the firms paid $3.8 billion, which was 80 percent financed with debt, to pay for the 156-mile toll road. The ITR entered bankruptcy in 2014 with $6 billion of debt.

IFM acquired the ITR’s 65-year concession agreement in 2015 using equity to pay for more than half of the $5.7 billion price tag, Garcia explains. He says IFM can invest more equity upfront, knowing cashflows will come for decades, because the firm uses an open-ended fund and is owned by pensions seeking steady, long-term returns.

“We want to make sure that our investments are reflective of what our investors are seeking from the transportation asset class, which is a low level of volatility and a high level of resilience,” Garcia explains.

For institutional ownership of toll roads to make sense, those two characteristics are a must.