How has the energy transition narrative evolved in recent years?

It is not just a change in the narrative. There has been an existential change. I started out in the energy sector 15 years ago. Back then, the world was totally different. Energy transition wasn’t even spoken about. For all those years, I have been persuading energy actors that their responsibility was not only to generate energy but to support and even lead the transition to a lower carbon world.

At Meridiam, we are well placed to help contribute to that transition. We launched a dedicated fund to energy transition five years ago. Throughout our 15-year history, we’ve already developed a very advanced policy and methodology towards impact.

We’ve recently become a mission company, a benefit corporation under French law, built around three of the UN’s Sustainable Development Goals. Those goals are, of course, goal nine, which is all about resilient infrastructure; goal seven, which addresses affordable energy; and goal 13, which is focused on climate action.

Every single investment we make, every single action we take in asset management, is now governed by those principles. My point is our engagement runs far deeper than a question of narrative. Nowadays a lot of people and companies tell the world how green and sustainable they are, and then stop there. For us, impact is at the core of everything that we do. Impact is our business philosophy; it is part of our DNA. We have demonstrated that you can measure and achieve impact, generate attractive risk-reward return for our investors and create highly positive and long-term solutions for communities simultaneously.

Why did you take the decision to raise a dedicated fund?

“Nowadays a lot of people and companies tell the world how green and sustainable they are, and then stop there. For us, impact is at the core of everything that we do”

The Meridiam transition fund was prepared as a contribution to COP21 and launched just after the Paris agreement had been reached. This initiative was led by Meridiam with the support of French investors, including a large life insurance company as seed investor. There was a great deal of excitement around the creation of the two-degree challenge. But the question in everyone’s mind was, how do we make this goal a reality? That was the impetus behind the fund. The objective was clear: demonstrate that it is possible to invest in new energy transition sectors beyond traditional renewables. This requires more flexibility than a traditional infrastructure fund. For example, Meridiam Transition has the possibility to invest in small projects with no leverage, with the idea of aggregating projects and creating platforms. We did this before in the biogas sector with Evergaz.

And where do you think energy transition investments can prove most effective in doing that?

Our energy transition fund successfully invested across three major areas – models that we think will help make the energy transition possible. First is resiliency of the electricity system, which is one of the biggest challenges that exists today when it comes to incorporating renewables into the grid. The second is biogas and the circular economy. The third is supporting the evolution of smart cities, energy efficiency in buildings and electromobility, an area that generates a lot of excitement but is harder to deliver. This makes it an interesting challenge for us.

Within those three sub-sectors, what are the most interesting investment propositions that you see?

We have nine projects today within this specific energy transition fund. Some involve highly innovative technology, like our demand-side management platform Voltalis. Others involve more traditional infrastructure, but the way that we have approached such infrastructure has been original.

For example, our biogas co-generation plant in Mayenne is a project that has brought 113 farmers into a joint venture with us to provide green gas. This unique arrangement has proven both effective and successful. In fact, there was such interest in the project that we decided to launch a crowdfunding initiative around it, which attracted more than 500 individual subscribers, including a large portion of locals who wanted to contribute and support the project. Meanwhile, in the electromobility and smart cities space, we acquired Allego, now the leading European player in electric vehicle charging. We learned a lot about the sector through that investment.

Through other funds, Meridiam has invested in two waste-to-energy plants, in Poland and Spain, contracted with Iowa University to address its energy, water and sustainability goals for 50 years, and contracted with the city of Espoo in Finland to create healthy and functional educational premises throughout the city. Our Africa fund is also partially focused on energy transition, with investments including the Tulu Moye geothermal project in Ethiopia. Our investment platform NEoT Offgrid Africa distributes solar kits to African households at a competitive price.

How would you describe the evolution of investor appetite for the sector?

Investors care deeply about value creation, but such value creation can be both financial and non-financial. Many of our LPs want to be sure that we are monitoring our impact in addition to providing the return they expect; they often owe it to their constituency and stakeholders. To this end, we have developed several proprietary methodologies. In particular, we have developed a methodology to monitor and measure impact, asset by asset, within the framework of the applicable UN SDGs. Since 2019, we can provide clear impact metrics showing the exact contribution of each one of our assets, as well as a fund, portfolio or sector view. This is quite unique and pioneering.

It is important to remember that with energy transition, everything is interlinked. If you decide to build a large solar plant, you have to consider the impact of construction and how that solar plant connects to the grid. There is a real attraction, among LPs, towards GPs who understand a holistic approach such as this. 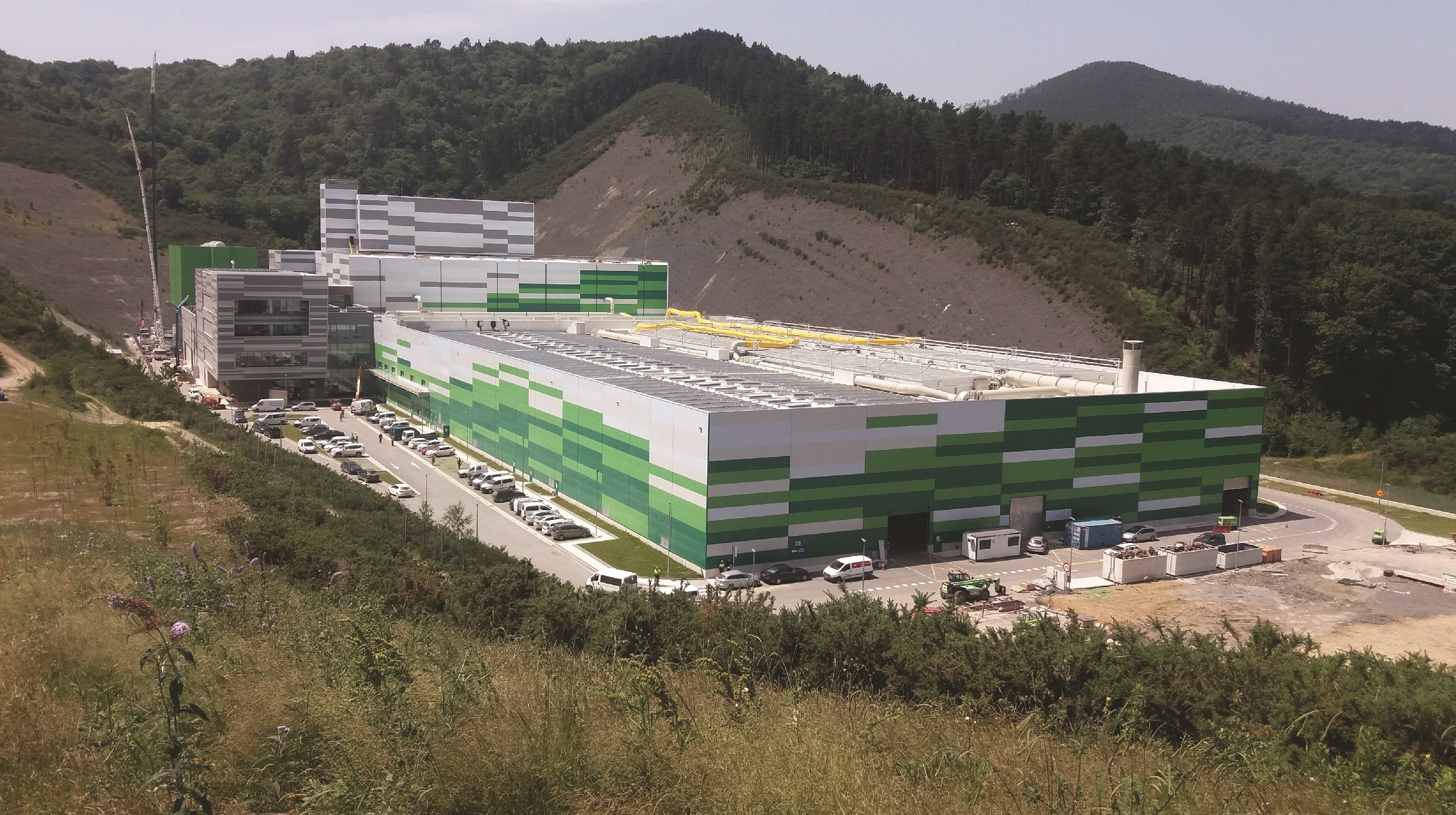 Waste-to-energy is a major theme for Meridiam

Meridiam is a European leader in the recovery of organic household, industrial or agricultural waste into renewable energy – electricity, heat and green gas – and natural fertilisers. We’re currently developing, financing and managing 18 biomethane plants and platforms in Europe and one in Africa. These biomethane units range from large-scale plants generating heat and electricity from municipal waste, to the purification of biogas at landfill sites for domestic use as renewable natural gas.

All these projects illustrate Meridiam’s commitment to energy transition and its contribution to reducing soil and air pollution. When our full waste-to-energy portfolio is operational, it will contribute to the avoidance of 300,000 tons of CO2 annually.

Meridiam’s waste-to-energy portfolio now includes operations at around 20 separate locations, which are organised around platforms. Through a strategic partnership with Evergaz France, for example, Meridiam holds a 70 percent stake in the biogas assets platform Bio Methanisation Partenaires. This platform operates nine plants that treat agricultural and industrial waste to produce biogas that is either used for cogeneration to turn it into electricity and heat or is purified and injected directly into the gas network. The nature of waste-to-energy operations not only helps achieve macro transition goals, it also has localised benefits for small businesses and communities. The Biokala Biomass project launched recently in the Ivory Coast is case in point. Through a 28-year concession, Meridiam and its partners EDF and Ivorian agribusiness group SIFCA, will design, build, finance and operate a waste-to-energy plant fuelled from combustible biomass sourced from local plantations, to generate electricity via a 46MW thermal power plant.

In addition to increasing the country’s share of renewables, the project will also form an industrial base with jobs and economic benefits associated with the site’s energy generation and transmission by local utility provider CIE. Plus, it will boost the local agricultural economy by valorising its waste as biomass. It is estimated that the project will increase revenues of local smallholders by between 12 and 20 percent.

What does it mean to be a mission company and why did you decide to go down that route?

Tying our mission to those three sustainable development goals, two of which are directly linked to energy transition, allows us to be more consistent in our approach across the entire business. It has allowed us to align our existing set of processes to monitor projects from investment through to asset management, and to assess how we are performing in terms of the delivery on our mission.

It also creates a high level of consensus among the team, because people understand why they are working in the way that they are. Of course, climate change is a challenge, but I also think it is a real opportunity for a company like ours who truly acts and believes in sustainability and impact.

So, what does the future hold for energy transition and what opportunities is it likely to bring?

I think opportunity is absolutely the right word. There is opportunity to be found in new technologies. We like to have the ability to commit alongside a developer or SME and help that company grow through innovation. For example, we developed and invested in a black pellet production unit combined with a biomass co-generation plant in France together with Européenne de Biomasse. The integration of these plants is the first of its kind in the country, contributing to the circular economy because the by-products of black pellets will be used to fuel the biomass cogeneration plant whose heat is partly used in the pellet production process. The black pellets, which have a high calorific capability and can replace coal, will be used by district heating network operations. Ultimately, Européenne de Biomasse found the involvement of Meridiam essential to develop this technology.

There are also opportunities to shape the way that countries and cities operate. For several years, we have been working on ways to increase the resilience of cities. That not only means helping them address climate change. It can mean resilience against other major changes, such as an increase in population, with the associated challenges that brings around how to deal with waste, for example. We also see opportunities in agriculture. Farms are admittedly one of the largest contributors to climate change, but we can join forces with them and decrease their impact. Our view is that farms can lie at the heart of the circular economy.

Energy transition is a bridge between an old world and a new world. There is agreement that the new world will be decarbonised and digitised. But beyond that, the pathway which takes us from the past to the future is not set in stone. It will require the mobilisation of technology, organisational shifts and real innovation to get us there. That complexity and the opportunity to be first movers in this space is extremely exciting to us. It means we can get in at the ground level and really invent something.