North Carolina State Treasury has confirmed a $300 million commitment to EIG Energy Fund XVII, according to a recent report on the pension’s website. North Carolina previously also committed $250 million to the fund’s predecessor.

The $102.02 billion US public pension has a 0.60 percent current allocation to infrastructure.

As illustrated below, this is North Carolina State Treasury’s first commitment to an infrastructure fund since the pension committed $123 million to EnCap Energy Fund X in 2014. 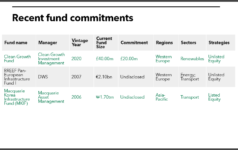 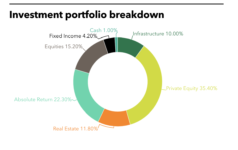 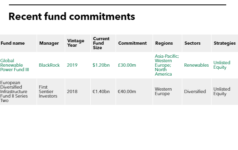 Australia 23 hours ago
Added to your Saved Articles
Loading
Unsave Article
Please confirm you would like to remove this article from your saved articles.
Share with other subscribers
Only logged in subscribers of this site will be able to access the shared article.