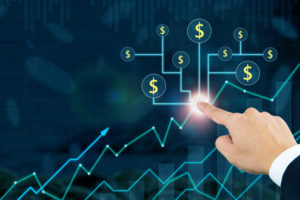 The $78 billion Oregon Public Employees Retirement Fund is planning to increase its infrastructure exposure by investing in five strategies focused on the asset class this year, according to the pension’s investment council.

OPERF will seek new infrastructure opportunities this year as part of the pension’s long-term plan to increase its alternatives portfolio allocation from 6.5 percent to 12.5 percent of the total fund, the Oregon Investment Council said in documents published from its April meeting. Infrastructure, currently around 25 percent of OPERF’s alternatives portfolio – which also comprises oil and gas, agriculture, timberland, hedge funds and other special situations – is valued at $1.3 billion and would be worth $2.4 billion at the allocation target.

“We have not changed allocation targets, strategy or pacing in the past three years for OPERF Alternatives Portfolio, which includes infrastructure,” OIC spokesman James Sinks told Infrastructure Investor. “Rather, staff is continuing the effort to build out the portfolio toward the targets established by the OIC.”

To do this, OIC said it will aim to increase the number of infrastructure fund managers it’s partnered with to around 10 or 12. OPERF is currently invested in eight funds including recent commitments to Stonepeak Infrastructure Fund III for $400 million last September and $200 million and $113 million to LS Power Equity Partners Fund IV and EnCap Flatrock Midstream Fund IV last December, respectively.

The sectors OIC will focus investments on will include energy, transportation, ports, water and telecommunications, according to the meeting report. It will target mid-size and large investments in US and international markets.

OPERF allocated $2.7 billion to its alternatives portfolio in 2017 and anticipates reaching target allocation in around five years. Infrastructure would comprise between 20 and 30 percent of the alternatives portfolio, natural resources would be between 30 and 40 percent, diversifying strategies between 35 and 45 percent and other investments, 0 to 10 percent.