This article is sponsored by Partners Group.

Governments, companies and investors around the world have coalesced around the goal of achieving net-zero greenhouse gas emissions to mitigate and prevent climate change. However, 2021 saw the highest ever level of energy-related global carbon dioxide emissions at 36.3 billion tons, according to IEA figures. And while renewable electricity capacity is forecast to rise more than 60 percent from 2020 levels by 2026, this alone will not be enough to meet Paris Agreement goals of limiting global temperature rises.

As a result, there is a growing recognition that the world needs to address carbon dioxide emissions at speed through carbon management strategies. Matthew Lipton, co-head of infrastructure investment research at Partners Group, outlines how this area is developing, what kinds of investment opportunity exist today and how this will evolve over the coming years.

As investors seek to invest in decarbonisation, there has naturally been a focus on renewable energy. Where does carbon management fit into the landscape?

Carbon management is becoming an increasingly important space. As investors, we believe in renewables and clean power – we have so far invested in over 8.4GW of capacity worldwide – but the world is now starting to focus on hard-to-abate emissions.

In this area, renewables do not necessarily address the problem because you have some industries that can’t be easily electrified, such as in heavy industry that needs high temperatures to produce its products.

We talk about carbon management as opposed to carbon capture, utilisation and sequestration (CCUS) because it is a broader topic. Carbon dioxide is currently a by-product, so we take the view that it needs to be managed in the same way as waste management. Currently, around 20-30 percent of the world’s emissions are hard to abate and so, if we want to continue living on the planet as we do, carbon management must be part of the solution.

How do you view carbon management?

As a responsible investor aligned with the Paris Agreement and dedicated to achieving positive stakeholder impact, we see decarbonisation across three main categories. The first is replacement, which includes, for example, switching coal-generated power to renewable, clean and low carbon energy sources; the second is conservation, which includes energy efficiency measures; and the third is carbon management in areas where it is more difficult to replace or reduce.

To reach Paris Agreement goals, around $48 trillion needs to be invested over the next 20 years in the infrastructure necessary just to be on the right pathways. Mankind has never faced such a significant undertaking. It will need to be an all-hands approach that includes a variety of existing solutions, as well as ones we don’t yet know about.

Where do you see most opportunity in carbon management currently?

If we look at the whole value chain, you have capture, transport and sequestration. We are less interested in capture because industrial companies can already do this. It is clearly an essential part of the process that enables the rest, but we believe it will become a commoditised market.

We see more opportunity in the transport and sequestration processes. In transport, the US has been transporting carbon dioxide for decades via pipelines. There are also some innovations around shipping carbon in a similar way to liquefied natural gas, although this isn’t yet proven. In transport, you can generate returns that are similar to those of a traditional infrastructure investment.

Sequestration is fairly well understood technically, but you need the right people in place to manage the process – that is critical. And in this part of the value chain, provided you truly understand the liabilities and commercial framework, you can potentially generate higher returns than would be typical for infrastructure investments.

How is the market developing? And what is needed to make it more investable?

The market is fascinating because it is the most nascent yet mature sector I’ve ever come across. The technology is mature across capture, transport and sequestration, but the market is nascent because the commercial constructs are new. It is also a massive growth area – $240 billion will need to be spent in this area globally by 2030, and around $1.4 trillion in the next decade. That is a steep incline, although to make this happen, regulatory and commercial frameworks need to be developed and put in place.

The US has the most robust economic and regulatory framework so far for this, although even here it is still relatively new. While the 45Q tax credit has been around for some time, it was codified only recently and there are now specific rules and processes emerging for states to grant sequestration permits, in addition to the federal government.

The regime currently allows for a $50 tax credit per metric ton of captured carbon permanently sequestered by 2026. That level of credit makes it viable for around 5 percent of point source emissions in the US to be captured.

Yet there are signs that the credit amount will increase, with President Biden’s Build Back Better Act looking to raise this to $85 per metric ton. That would allow between 10 percent and 15 percent of emissions in the US to be captured. With these kinds of constructs in place, we can understand the risks and frameworks we’ll be operating under.

What’s happening in this space beyond the US?

The market will expand. Canada is looking to follow the US, for example. Meanwhile Europe is a few years behind. The North Sea offers the greatest opportunity set here, mostly split between Norway and the UK. Norway is already contributing funds to this, but it doesn’t yet have an investable framework for private investors. China is likely to get there in the next decade, and while that may not be an opportunity for us, others will likely be interested.

Back in Europe, there are a lot of discussions happening around carbon management, especially in the UK and Norway, where CCUS hubs are envisioned by the oil and gas majors, which tend to have the necessary technical skill sets. However, there is a debate about how this all fits with the region’s overall energy policy, especially as Europe is grappling with energy shortages even before recent events. That contrasts with the US, where the concern is more around decarbonising the existing energy base.

What are the main challenges and risks associated with investing in carbon management?

The first is commercial – and that will require governments to establish regulatory frameworks and processes. Governments have a significant role to play here in making the risk-return characteristics attractive for investors. This is what happened with renewables and it is clear that has largely been successful in making the sector investable.

There have to be risk-sharing structures put in place for carbon management to build scale and become viable. In the US, where frameworks exist, there need to be refinements – it takes five to six years to get a permit to sequester historically, for example, although this will shorten as states receive permitting primacy and the Environmental Protection Agency has received funding to make this happen.

Technical risk is also important. We have spent a significant amount of time understanding who the right people are to manage the process. You need engineers to grasp aspects such as plume migration – how the carbon dioxide moves around underground.

To get to grips with what the liabilities are around carbon escapes, you need to really understand the geology of the location you are sequestering in. That is a low likelihood and carbon dioxide is not a dangerous gas, but it is a liability you have to understand clearly.

We can manage these complexities because of the collaboration between all our teams. That includes: our global investment and research teams, which identify thematic opportunities and assess the different frameworks around the world, including by state in the US; the private infrastructure asset management team, which consists of engineers who can challenge our thinking in real world terms; and the ESG and sustainability team, which is involved from thematic sourcing through to exit, and helps manage and understand the risks and liabilities.

How do you see the carbon management industry developing over the coming years?

The industry is developing quickly. The biggest innovations will be in the closed loop economy space so that we can use the carbon in a variety of ways.

Overall, we see a world where carbon dioxide is captured, transported and then sequestered or used. That is already starting to happen in aggregates for building materials, for example.

The next area for development will be synthetic fuels. The technology already exists to create these from carbon dioxide, but it is not yet economically viable. It will become so over the next decade as the world looks for more low carbon fuels.

The holy grail will be converting carbon dioxide into plastics, which could then be chemically recycled. There are companies looking at this now and it will be plausible within the next 10-20 years. I think we will see a closed loop economy in the next two decades and this will really help push the world towards the Paris Agreement goals. 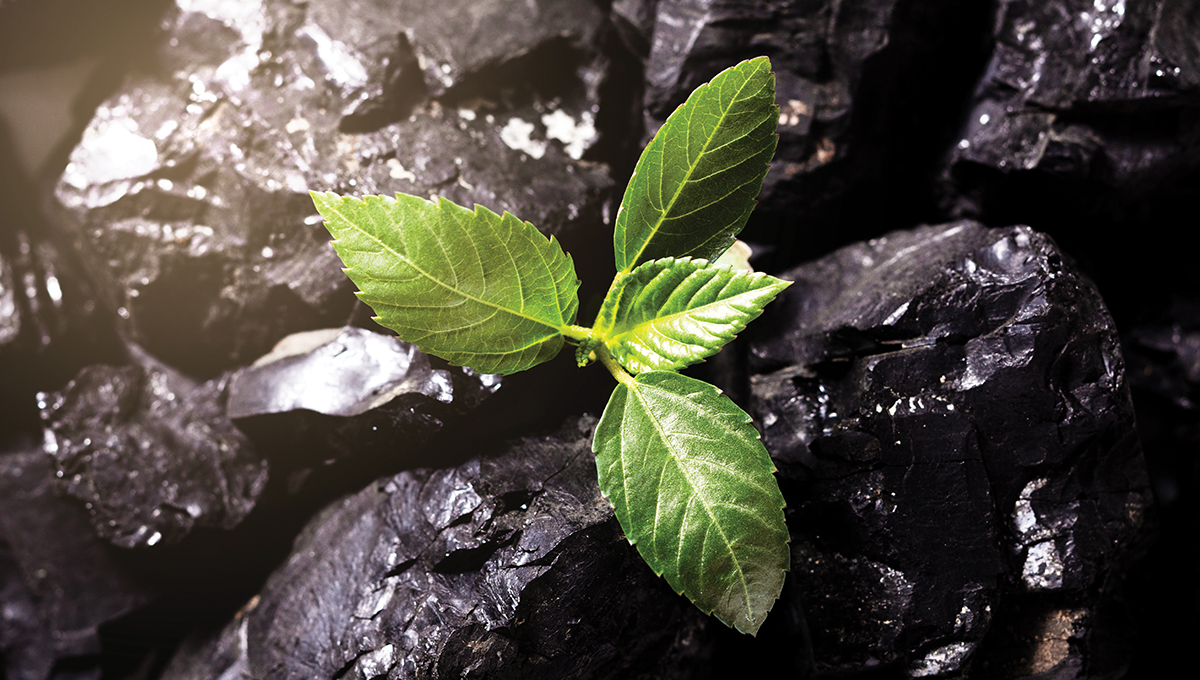 How do carbon offsets fit into decarbonisation?

Carbon offsets have a place here, but we prefer carbon management as an investable solution. With carbon offsets, it is typically a nature-based solution, but it is more temporary since when trees die, the carbon dioxide is released back into the atmosphere.

The amount of emissions captured is also based on estimates and it will take a lot of land to have an impact that will move the needle. Carbon management, by contrast, is permanent – the carbon dioxide is stored forever – and the effect is measurable because you know how much you are capturing and sequestering, and you are not taking up a lot of land because it is sequestered underground.