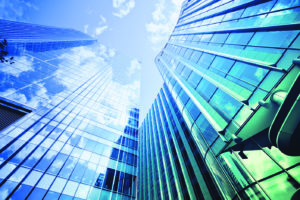 If you’re considering the future of regulation, the UK is a good place to start. Just as the country led the world in privatisation and deregulation of national utilities, it is now setting the agenda for a return to more political oversight. “Things have gone quite far in the direction of regulated-company bashing,” says Tim Briggs, a partner in law firm Herbert Smith Freehills’ competition, trade and regulation practice. He points to water regulator Ofwat’s crackdown on companies with debt levels of more than 70 percent and electricity regulator Ofgem’s RIIO-2 price controls.

However, the government may be waking up to the fact too much regulatory supervision can deter investors. “There’s a point at which that will need to stop,” says Briggs, “either because the political drivers will lead to a restructuring and the existing regulatory models will no longer apply, or because there is a need to be more favourable to investors to ensure the existing models work.”

He says the tone is fairly aggressive, particularly to overseas investors: “I have spoken to investors from the Far East who were attracted to the UK initially by the stable regulatory climate, but are now turned off by the rhetoric and some of the sharp regulatory practices, such as the last-minute introduction of Ofwat’s gearing tax, which look a bit like political opportunism.

There is an argument that the nationalisation agenda, though not directly affecting regulators, is driven by a premise that the regulatory regime is not holding utility companies to account as well as it should be.

“Within the regulators there is a huge wealth of experience and expertise and, from a technological perspective, they are very well resourced,” he says. “But they are learning as much as the companies are about innovation – in things like battery storage, water treatment, the use of greywater and so on. Regulation is somewhat behind innovation at the moment, and that has to change.

“Even if nationalisation doesn’t happen, it is likely we will have slightly more political oversight going forward. We may not necessarily see more intervention, but there may be some increase in the strategic steers given to regulators on what they should be doing and trying to achieve. We will also see regulators continuing to challenge firms to really invest in innovation, efficiency and sustainability over the longer term.”

The political climate in the UK is uncertain, thanks to Brexit and the opposition’s nationalisation agenda. However, lawyers say many of the pressures on regulators are common across most developed nations.

Michael Watson, head of finance and projects at law firm Pinsent Masons, says: “With the emerging markets becoming a bit more stable and increasingly adopting internationally recognised practices, when it comes to regulation, the developed economies are seeing something of a drop-off in their advantage. That means OECD countries like the UK need to be mindful that they continue to make themselves attractive to investors.”

He says infrastructure regulation is at an inflexion point in the UK: “The role of regulation is to create a stable environment that can survive political change, so the demise of PFI/PPP and the lack of a replacement has created something of a hiatus.”

There are similar trends across Europe. In Spain, investors have urged the competition commission not to cut gas and electricity network companies’ fixed returns by 20 percent annually. The political challenge, says Watson, is to find a mechanism where governments, consumers, developers and investors are aligned around the need to both develop assets and fund them: “The sustainability agenda provides that cohesive message, explaining to consumers why they are seeing an extra cost on their water bills or road tax. It is explainable when you are making a long-term investment for the benefit not only of current consumers but also future generations.”

But investor concerns need to be addressed: “Failure to keep on top of the regulatory regimes could result in investors pulling back.”