India’s highway authority has launched a second round of road privatisations, as the government looks to raise $20 billion through the monetisation of 105 road projects.

The National Highways Authority of India (NHAI) has established a base price of $766 million for a 30-year concession of eight highways in the states of Bihar, West Bengal, Rajasthan and Gujarat, spanning a total of 586.55 kilometres.

“For institutional investors looking for assets with continuous returns, and with no construction risks, that is the kind of asset being offered here,” Prerna Soni, principal investment specialist at Invest India, an agency promoting private investment in the country, said.

The final bid is expected to be well above the initial price tag due to strong interest from investors such as I Squared Capital, Brookfield, Atlantia, CPPIB, Macquarie, NIIF, PSP and Abertis, which are “actively looking at the project”, according to Invest India.

Mumbai-based ratings agency CRISIL also expects a strong response from foreign investors for the bundle, which is being tendered under the toll-operate-transfer model.

“Major risk would be susceptibility of revenue to volatility in traffic volume and higher-than-anticipated O&M expenses owing to latent defects,” he explained.

The deadline for companies to present their offer is 5 November, and the winning bid should be announced no later than three months after that date, according to the tender documents posted on the NHAI website.

The agency awarded the first bundle of nine national highways, also under a 30-year concession, to Macquarie Infrastructure and Real Assets in March, for $1.49 billion, significantly above the $1 billion it had set as a base price. Asked whether it would participate in the second round, Macquarie declined to comment.

India is pursuing the construction of more than 66,000 kilometres of national highways and has so far identified 105 operating roads that can be monetised using the TOT model.

“India will be able to offer such tenders pretty much every quarter from now on,” said Rahul Agarwal, principal investment specialist at Invest India. 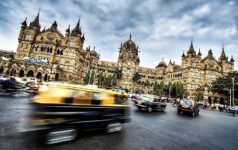 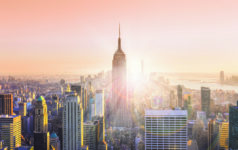 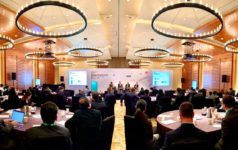