Partners Group has become the latest secondaries player to enact a succession plan with the announcement of a new co-chief executive.

Partner and head of private equity David Layton is to replace Christoph Rubeli in the co-lead role from 1 January, according to the firm. He joins André Frei, who has been co-CEO since 2013. Rubeli will also step down from Partners Group’s executive committee and global executive board by the end of 2018, but will remain a partner.

“After five years as co-CEO and two decades as a partner of the firm, I believe the time is right to hand over to a successor,” Rubeli said. “In my new role, I will support the further build-out of the investment platform globally, with a particular emphasis on the entrepreneurial governance of our portfolio companies.”

Layton joined in 2005 and played a key role in developing Partners Group’s direct private equity business, according to the firm. In 2016, he moved to Denver to establish its  Americas regional headquarters.

He moved from co-head to head of private equity in June last year when the firm merged its primary and secondaries businesses, and reshuffled its top team, as sister publication Secondaries Investor reported.

It is not clear who will replace him as head of private equity.

The firm raised $10.44 billion for secondaries in the five years to August 2017, according to the SI 30, our list of the 30 biggest fundraisers in the strategy. It has €67 billion in assets under management across private equity, real estate, infrastructure and private debt, according to PEI data.

Partners Group is the latest secondaries firm to enact a succession plan during 2018. In June, Lexington Partners announced that founder Brent Nicklas would be stepping aside. He is to be replaced by Wilson Warren, leader of the firm’s US secondaries business.

Earlier this month, Secondaries Investor revealed that co-head of Blackstone Strategic Partners Stephen Can is to move to the position of chairman, leaving Verdun Perry as sole senior managing director. 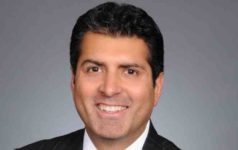