The Asian Development Bank has agreed to invest up to $100 million in India’s National Investment and Infrastructure Fund‘s Fund of Funds vehicle, bringing it closer to its $1 billion target.

ADB will join the Indian government and the Asian Infrastructure Investment Bank as an investor in the fund, the total for which now stands at $700 million, ADB said.

“The NIIF FoF is focused on investing into sectors that have a significant need for capital, have strong policy support and the ability to drive economic growth,” Sujoy Bose, NIIF managing director and chief executive, told Infrastructure Investor.

“With investments into green energy and mid-income and affordable housing already, the fund will also invest into social infrastructure sectors such as healthcare, education and financial services (businesses focused on financial inclusion and small and mid-size business segment), manufacturing and consumer services. The FoF is likely to access these sectors through a mix of sector-focused funds as well as multi-sector funds.”

The Indian government announced the creation of the NIIF at the end of 2015, with the mandate to attract private capital to fill the country’s infrastructure gap. New Delhi injected $3 billion into the fund manager, NIIF Limited.

“Historically, private equity fund managers that raise India-focused funds have found it challenging to attract foreign capital for an anchor investor into their funds,” Bose said.

“The NIIF FoF has firmly established itself as a domestic investor that has the ability to anchor private equity funds that are run by experienced fund managers. The FoF is keen to support fund managers with a demonstrated track record of strong financial performance and who are ready to follow NIIF’s governance standards including environmental and social policies. We believe that an anchor commitment from NIIF will help fund managers by crowding in foreign capital.”

In addition to its FoF strategy, NIIF also manages the Master Fund, which targets investments in India’s core infrastructure through the creation of sector-specific platforms focusing on transport, energy and urban infrastructure; and the Strategic Fund, which is aimed at growth and development stage investments in projects and companies in a broad range of sectors that are of economic and commercial importance and likely to benefit from India’s growth trajectory over the medium to long-term, according to its website.

NIIFL’s assets under management across all three funds total more than $4 billion. 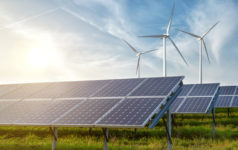 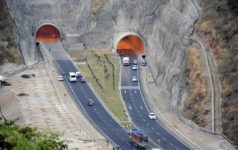 Arcus secures 2.1x multiple as it realises Fund I with Brisa sale

Renewables 2 hours ago
Added to your Saved Articles
Loading
Unsave Article
Please confirm you would like to remove this article from your saved articles.
Share with other subscribers
Only logged in subscribers of this site will be able to access the shared article.