William McGlashan, managing partner and founder of TPG’s impact vehicle, the Rise Fund, was among the 33 parents charged for their alleged roles in a college admissions bribery and money laundering scam uncovered by the FBI.

“All of them lied, cheated and covered up their crimes at the expense of hard-working students and taxpayers everywhere,” said Joe Bonavolanta, FBI special agent in charge, in a press conference on 12 March. Also on the list was Hercules Capital founder Manuel Henriquez.

“As a result of the charges of personal misconduct against Bill McGlashan, we have placed Mr. McGlashan on indefinite administrative leave effective immediately.

“Jim Coulter, Co-CEO of TPG, will be interim managing partner of TPG Growth and The Rise Fund. Mr. Coulter will, in partnership with the organization’s executive team, lead all investment work for both going forward.”

The fallout for McGlashan has been swift. TPG said that it had placed him on indefinite administrative leave effective immediately, and that it had installed Jim Coulter, co-CEO of TPG, as interim managing partner of TPG Growth and The Rise Fund.

The news comes just two weeks after Private Equity International named McGlashan as its “Game Changer of the Year” in recognition of the fact that TPG’s Rise Fund operates at the forefront of the developing field of impact investment.

Having raised $2 billion for its debut fund and begun marketing a $3.5 billion follow-up, the firm had moved impact from the margins into the institutional investment mainstream. “This was the first scale-impact effort and, importantly, it wasn’t just the size, but the fact that we did it with institutions,” he told PEI at the time.

What impact on impact?

At this early stage, what will happen to TPG’s $3.5 billion fundraise remains uncertain.

The investor community, meanwhile, will be left wondering what this means for the groundswell of institutional interest in impact investing. It is a fast-growing strategy: Bain Capital, KKR, Partners Group and Hamilton Lane are among the big-name firms to have raised or to have started raising impact funds.

But it is also viewed with scepticism by both investors, who are on the look-out for so-called “impact-washing”, and other commentators, who question whether return-seeking capital can reliably put positive impact first (see comments on Twitter from Time Magazine editor-at-large Anand Giridharadas, for example).

“This is disappointing for the impact community,” said one fund manager who asked not to be named. “The Rise Fund was a showcase for how impact investing could help investors get returns similar to private equity funds.”

One institutional investor said that impact fund managers should be held to the same high standards as public servants. “Essentially it comes down to a lack of authenticity,” they said. “Are you driving an SUV while your impact fund is focused on green energy?”

The McGlashan allegations prompted another fund manager to draw parallels with Abraaj Group, an emerging markets investor that extolled its impact credentials but fell apart amid allegations of financial misconduct. The fund manager said that Abraaj’s downfall raised concerns that the nascent impact movement would be derailed, but it turned out to be “business as usual”.

Sir Ronald Cohen, founding partner of Apax Partners and impact firm Bridges Fund Management, told delegates at PEI‘s Global Impact Investing Network Investor Forum in Paris last October that the collapse of Abraaj was “obviously not good for the industry, but it ain’t going to stop this movement. When you look at that trajectory, Abraaj is an unfortunate blip.”

Elite do-gooders like Bill McGlashan sometimes do real good. They help communities and even save lives.

But so much of what they do follows one overpowering rule: They are willing to help in ways that allow them to stay on top and lock others out.

This story must be remembered.

The allegations against McGlashan may well be just another “blip” for the concept of impact. Indeed, the wrongdoing alleged of The Rise Fund founder is, depending on your moral standpoint, minuscule compared with what is alleged of Abraaj founder Arif Naqvi. However, the prominence of TPG and the position it has taken at the vanguard of impact investing mean the ramifications could be more widely felt.

McGlashan allegedly engaged the services of college counselling consultant William Singer to get his son’s college entrance test answers corrected after the exam. He is also alleged to have conspired to bribe an athletic director at the University of Southern California to facilitate his son’s admission as a recruited athlete – a footballer – even though his son’s high school does not have a football team.

The following alleged exchange between cooperating witness 1 and McGlashan was presented in the 204-page affidavit that supported the criminal complaint.

“CW-1 : So, you know, essentially she [Heinel] told me when I get all the paperwork together, and I gotta create this profile pic. So what I’ll probably need, if you guys have any pictures of him playing multiple sports, or something where you can kind of see his face a little bit in action?

CW-1: It would be helpful because I will Photoshop him onto a kicker.

McGLASHAN: (laughs) Okay. Okay. Let me look through what I have. Pretty funny. The way the world works these days is unbelievable.”

McGlashan promoted the idea that it was possible to achieve measureable, positive social and environmental outcomes alongside competitive financial returns.

In 2016, he founded The Rise Fund, and put together an impressive board comprising Bono, musician and activist; Jeff Skoll, the first employee of eBay; Laurene Powell Jobs, the philanthropist investor; Richard Branson; Reid Hoffman, founder of LinkedIn; Mo Ibrahim, a prominent Africa-focused investor; and Pierre Omidyar, the founder of eBay.

Last year, The Rise Fund enlisted former US Secretary of State John Kerry as a senior adviser to help it access opportunities in renewable energy.

The Rise Fund was marketed alongside TPG’s fourth growth fund and raised $2 billion in 2017. Among its investors were New Mexico State Investment Council, Washington State Investment Board, Swedish pension fund Andra AP-fonden, Bank of America Corp, UBS Group AG and Regents of the University of California.

“We had wanted to get a higher allocation to TPG’s growth fund, but couldn’t get it,” said an investor who committed to both funds. “The Rise Fund offered the opportunity to allocate more to TPG; that we really liked.” Although the investor said they did not like “splitting the baby” at the time, they added that The Rise Fund had performed well.

Indeed, based on the success of its debut fund, The Rise Fund came back to market late last year, targeting $3.5 billion for its sophomore fund, according to New Jersey State Investment Council documents. 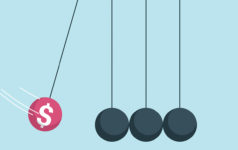 How to integrate impact into infra investment 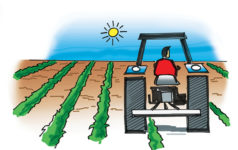 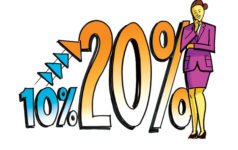