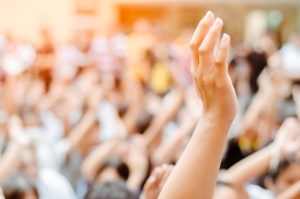 We’ve said it before, but it seems we cannot say it often enough: infrastructure should not be politicised. Why? Because it is so critical in terms of the services it provides.

Yet, France’s opposition parties have done exactly that. In doing so, they have capitalised on the country’s political climate, which is dominated by the gilets jaunes movement that began last November, and the broader populist sentiment that has taken hold in countries across the world.

Demanding lower fuel taxes, a reintroduction of the solidarity tax on wealth and an increase in the minimum wage, protesters have also called for the implementation of citizens’ initiative referendums. The latter were passed into law by President Nicolas Sarkozy in 2008. But, as Yves Lepage, a partner and co-head of global infrastructure at Orrick, told us: “It is the Yellow Vest movement that has brought this law to light.”

Opposition parties on both the left and right have resorted to it for the first time in an effort to block the government’s plans to sell the state’s 50.6 percent stake in ADP Group, the owner and operator of Paris’s three major airports: Charles de Gaulle, Orly and Le Bourget.

France’s Constitutional Council has one month to rule on the validity of the initiative. But as both Lepage and another lawyer, who spoke to us on condition of anonymity, have pointed out, gathering the required signatures from 185 members of parliament – only around a third of the 577 deputies in the National Assembly – two days before the legislation greenlighting ADP’s privatisation was passed, went against the spirit of French constitutional law.

As Lepage put it: “If members of parliament who are unhappy with a proposed piece of legislation can call for a referendum to oppose it, then why have parliamentary elections?”

Opposition parties would better serve their constituents by working with President Emmanuel Macron and his administration towards a solution that served the French people and their economy.

For example, one of the main fears among opponents of privatisation is that the state’s entire stake in ADP will be sold to one entity, thereby handing it control over a strategic asset. But that would not be the only way to privatise the company. Another way would be to partner with local government – as Ardian is looking to do with the authorities in the Ile-de-France region, which includes Paris – to acquire just 29.9 percent of the government’s stake. As the company’s head of infrastructure, Mathias Burghardt, told us: “We want to share the governance [with local authorities]. We want to be an important voice, but not the only voice.”

There’s also no reason why the government shouldn’t launch a robust tender process, open to consortiaof foreign and French investors, to get as much competition as possible. As the moment, comments both from within the administration – from finance minister Bruno Le Maire, for instance – and from without are making foreign investors feel somewhat unwelcome.

It’s possible the government is sensitive to the criticism levelled at the 2015 privatisation of Toulouse-Blagnac Airport, a process mired in controversy after a recent court ruling cast doubt on the award to a consortium that mainly comprised Chinese funds and asset managers with no aviation experience. But the government learned its lesson and went on to successfully privatise Nice and Lyon airports the following year. And, as Lepage pointed out: “No one is complaining about those airports.”

Speaking of those privatisations, it is worth noting that the concessions awarded were for a significantly shorter term – around 35 years – than the 70 years Macron’s government is planning for ADP. Perhaps that is a factor the government should consider, even if a shorter concession would affect the price it achieved.

In the meantime, France’s opposition parties should think twice about using referendums as a way to legislate or govern – a lesson the UK is learning the hard way.

Write to the author at kalliope.gourntis@peimedia.com