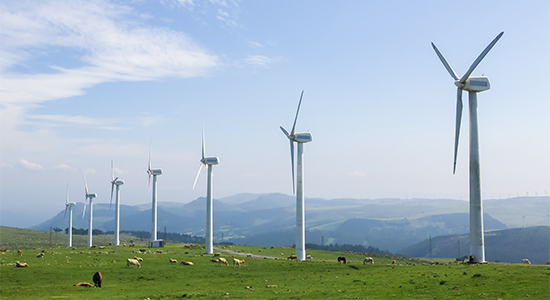 Greencoat plots open-end US offering
There was little subtlety when Greencoat Capital landed in the US 13 months ago, bringing UK pensions BAE Systems Pension Fund and Towers Watson Investment Services to pick up a 24 percent stake in a 841MW wind portfolio of four Texan onshore wind farms.

That marked the start for the London-headquartered renewables manager. The Pipeline understands preliminary conversations are now being held with LPs, including those in the US, with a view to launching an open-end fund in Q3 to target further US investments. It is believed the open-end fund approach is being chosen to better align with the returns offered by Greencoat’s strategy of only investing in operational projects.

Of course, the permanent capital approach has been utilised by the firm before, both through its London-listed Greencoat UK Wind fund and via other private vehicles such as the Greencoat Renewable Income fund.

The price is not right
Rod Sims, the chair of the Australian Competition and Consumer Commission, will step down from his role in March and gave a farewell speech to the National Press Club in Canberra last week.

He took the chance to recite some of his greatest hits about monopoly infrastructure assets before departing the scene.

“Why do we keep privatising assets and claiming success when huge amounts are paid for the asset? Often, these huge prices are the result of closing off competition, or because a monopoly was deliberately sold without any regulation of the prices that can be set for users who have no alternative but to use the monopoly asset.

“In Australia, almost uniquely, we seem to focus on how much we can sell infrastructure assets for, rather than having our infrastructure benefit our wider economy. Such behaviour can dramatically affect existing users and could be considered a continuing tax on the community,” he argued.

It’s clear that Sims hasn’t been a fan of Australia’s light-touch regulatory regime in many sectors. Investors will watch carefully how his successor, competition lawyer Gina Cass‑Gottlieb, will approach these issues.

Pioneer beats €500m target for debut fund
“We always wanted a fund,” Pioneer Point Partners told The Pipeline through a spokesman, adding “[It] took time to build the track record required”. The London-based firm now has both it seems, raising €575 million for its maiden infrastructure fund, with the support of 15 European and North American institutional investors.

Pioneer Infrastructure Partners, which beat its original €500 million target, will follow the firm’s “historically successful lower mid-market, value-add infrastructure strategy in the energy transition and environment sectors across Western Europe”, according to a statement.

Established in 2008, the firm has previously operated on a deal-by-deal basis, committing more than €900 million across 10 investments. Its new fund has already deployed €120 million equally into Stream BioEnergy, a biogas developer in Ireland and Northern Ireland; and to Altano Energy, a newly created renewables platform in Spain.

Pioneer expects to make an additional six to eight investments through the fund and is targeting a 15-plus percent IRR over its 10-year term, including an annual cash yield of 4-6 percent, according to the statement.

“Today we terminated our contracts with Gazprom. A small but principled action. People talk about ESG yet it seldom gets tested. Seems actions speak louder than words… always was true and always will be. Let’s all be judged by our actions and do what we can that’s right.”

David Scaysbrook, co-founder of Quinbrook Infrastructure Partners, takes action against Russia’s state-owned Gazprom over its Ukraine invasion and urges the investment community to stand up.

Infra attracts another real estate manager
After recent moves by Colliers and Patrizia, NREP – which bills itself as “the largest real estate investment manager in the Nordics”, with roughly €14 billion in AUM – announced a new hire “to explore adjacent infrastructure investment opportunities”.

Heather Mulahasani has joined the Danish firm as partner from Goldman Sachs, where she spent nearly 22 years, most of them within the bank’s real estate team as managing director and then as partner. Her most recent role, which she held from April 2020 to April 2021, was “as one of two partners leading the bank’s European infra team”, NREP said in a statement.

According to NREP’s CEO, Claus Mathisen to whom Mulahasani will report, a green transition at the speed and scale that’s needed, requires combining capabilities across real estate and infrastructure.

NREP is the second Nordic real estate firm to dip its toe in infrastructure recently. Last September, The Pipeline reported that Sweden’s Niam had launched a maiden infrastructure fund which reached a SKr500 million ($52 million; €47 million) first close last week. The vehicle has a final target of SKr2 billion.

EllisDon bullish on Americas PPPs
Canadian construction services company EllisDon is expanding south, and with this comes new leadership. This month, the firm appointed two new vice-presidents of business development to their capital team – Bruno Welt, who will focus on the US, and Jorge Del Solar, who will split his duties between Latin America and the US.

The LatAm expansion comes after the firm’s success with broadening its public-private partnerships. EllisDon foresees both the US and Latin America to be two growing markets for PPPs, alternative financing and development and construction, it said in a statement.

“The opportunities in the Latin American and US markets open a new chapter of growth for EllisDon,” said Del Solar. “I am looking forward to applying my global experience to grow the company in those markets.”

Musicco to PE’s ears
The California Public Employees’ Retirement System’s has hired Nicole Musicco as its new CIO, affiliate title Private Equity International reported. Musicco has joined the system from RedBird Capital Partners, where she led the firm’s Canadian business, and previously managed the private markets investment programme at the Investment Management Corp of Ontario. Before this was a 16-year stint at Ontario Teachers’ Pension Plan, where she led the private and public equity investment teams.

Musicco’s experience at IMCO could be advantageous given that CalPERS has contemplated moving its private markets operations more in-house, something Musicco helped achieve at IMCO. 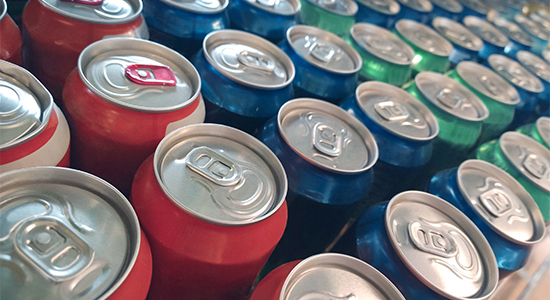 Bottoms up as KKR gobbles Refresco
Well, this is a refreshing transaction. When so much of the deal volume today is packed with energy transition and digital infrastructure assets, you begin to wonder what else is out there.

KKR remained bottled up when The Pipeline asked what makes Refresco an infrastructure asset. Interestingly, partner British Columbia Investment Management is drinking from a different bucket, retaining a minority stake via its private equity platform.

Regardless, Refresco’s network of fixed assets certainly seems essential infrastructure to the global drinks industry. That’s one way to package it all up.

Investing alongside Mubadala are existing shareholders in PDG, Warburg Pincus and Ontario Teachers’ Pension Plan, which brings the total for this equity round to $505 million. The latest fundraise is expected to accelerate the company’s plans to further expand across Asia. Established in 2017, it has so far built up a portfolio of 20 data centres across China, India, Singapore, Japan and Indonesia.