This article is sponsored by Actis

Over recent years the wind industry has seen continual stable declines in the levelised cost of energy, enabling it to lead the way in terms of renewable energy growth by 2020, with over 700GWs installed worldwide. However, energy yield assessments, used to evaluate expected performance, still require refining.

Wind growth to date has been driven by increasing turbine sizes and improvements in manufacturing efficiency, both enabled by economies of scale and incremental design improvements. With positive growth forecast continuing (60GW per year to 2025), the big question for the industry is whether this trend can continue or could gains be undone by commodity price increases and supply/demand imbalances, due to a consolidated supplier market? The question also arises as to whether wind energy can ‘keep up’ with solar power (which currently forecasts annual installations of 130GW-140GW) and whether there are technological leaps ahead which could drive a further stimulus to cost reductions and/or growth.

Limitations of road and crane infrastructure and cost increases have started to bite. However, improvements in logistics (including specialist trailers, blade lifting transport systems and increasing crane sizes) and material science have continued to deliver blade size growth, at limited cost due to economies of scale, underwritten by the continued strong growth of the sector.

While onshore has been competitive against traditional sources of power for a number of years, 2019 was a milestone for offshore as the UK awarded 6GW of effectively subsidy-free offshore wind PPAs. Offshore wind will likely also benefit from ever-increasing project scales and a need to have a more diverse and predictable generation profile to support the increasing penetration of onshore wind and solar, which will increase the ancillary costs of operating the grid.

Wind power is a mature technology, already a leader in terms of cost, growth and climate credentials and with further scope to advance. Competitiveness against solar, increasing grid stability costs, a commodity price super cycle and decreasing viabilities of the incremental sites represent barriers, but these can be solved.

The positive technological environment in combination with the infinitely scalable solution represented by offshore wind drives a positive growth story for the foreseeable future in wind. We also think resource diversification means wind maintains an important role in the energy mix moving forward, no matter the price points achieved by solar.

A core assumption to any wind investment is how much yield will be generated over the life of the asset. To predict this, sophisticated measurement and modelling programmes are used to establish a long-term yield estimate. While impressive, there has been room for both human error and an over-reliance on assumptions informed by historical values that are no longer valid in an ever-changing technological environment, leading to material underperformance of some assets. 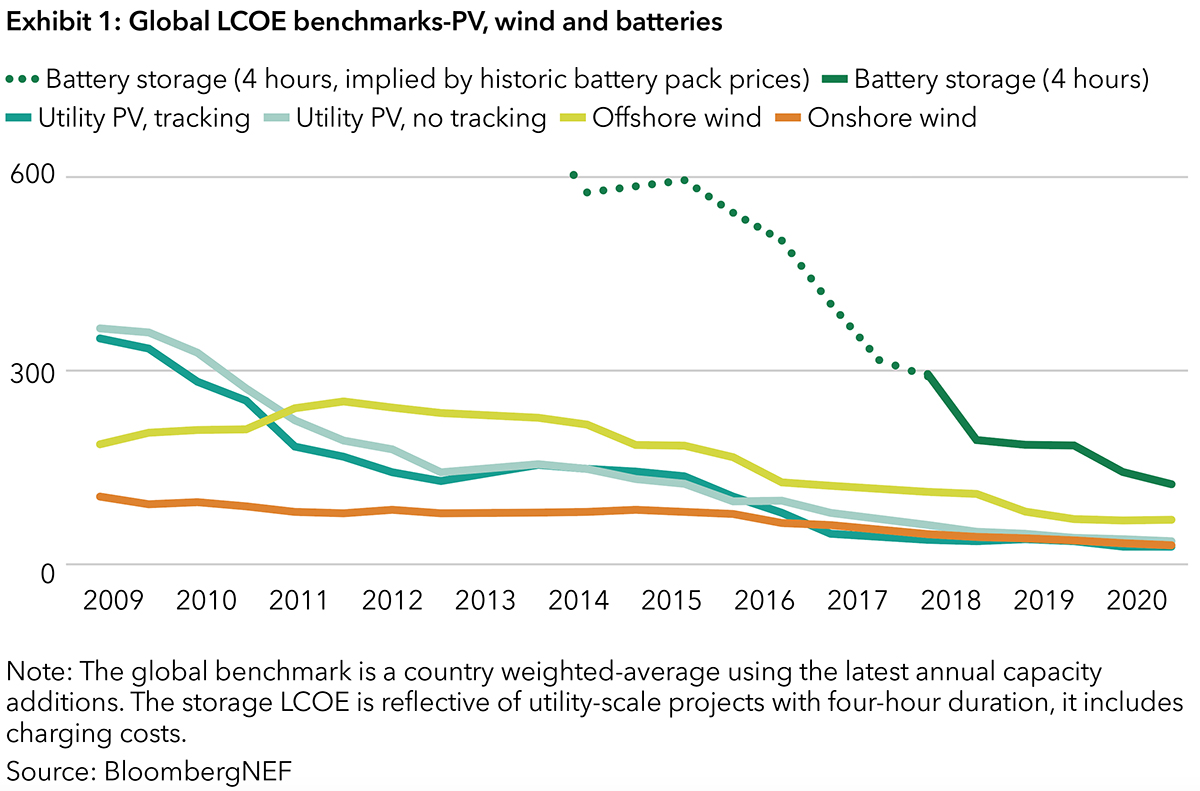 An EYA evaluates the future performance of a plant and assigns a probability against achieving differing generation levels over the longer term. This is typically presented as the P50 and P90 (the 50th and 90th percentile of performance over a measurement period).

All EYAs use measurements derived by meteorological masts that gather data for a period of at least 12 months, but typically three years. The site-specific wind data is adjusted based on correlation to long-term meteorological data sets to provide confidence that the measured wind period is representative of longer-term norms.

This data is then used to predict the wind speeds associated with the specific wind farm design. Once the wind speeds have been established, the turbine power curve and losses (availability, electrical losses, turbine underperformance, etc) are used to establish how much energy will be generated on a long-term basis.

The leading EYA consultants periodically publish validation studies or ‘back-casts’, where they review actuals against predictions. The picture is not favourable for the P50 (ie, equity) results, with most studies showing an average overestimation of c.2-3 percent.

While c.2-3 percent error may not sound significant, one needs to consider that this will disproportionately impact the equity investor. Most wind farms are underwritten with c.70 percent leverage – ie, a 3 percent overestimate will result in a c.10 percent hit to the cashflow to equity. 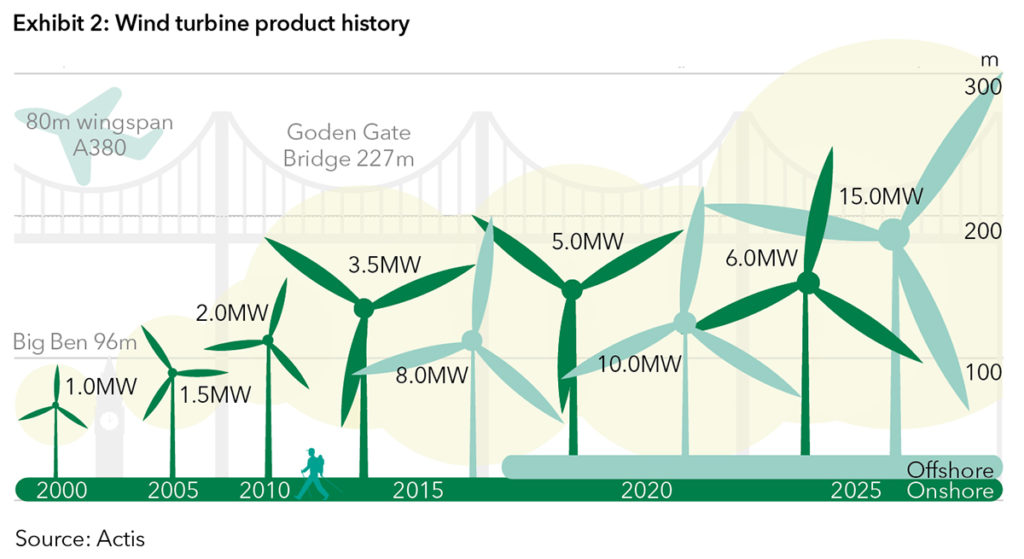 While the current methodologies are impressive and significantly improved from their historic peers, the track record shows they are far from infallible. So where do they fall down?

Firstly, this type of analysis is complex. There are common errors that tend to arise:

Although these errors should follow a normal distribution with symmetric up and down side, the pressure from developers to recoup costs and realise development gains has resulted in bias.

Energy yields have been overoptimistic. If the above errors were controlled, energy yields would quickly fall into two broad spectrums: the first with a material risk of underperformance, and the other group that would be expected to follow a normal distribution.

The second factor at play here is that the methods themselves rely on back-looking corrections. By reviewing the methodology adjustments to losses alone, one can see that between 2008 and today, EYA consulting firm DNV GL has introduced updates which would see an identical asset have a P50 estimate today which is 4.2 percent lower than it would have been using the 2008 methodology. 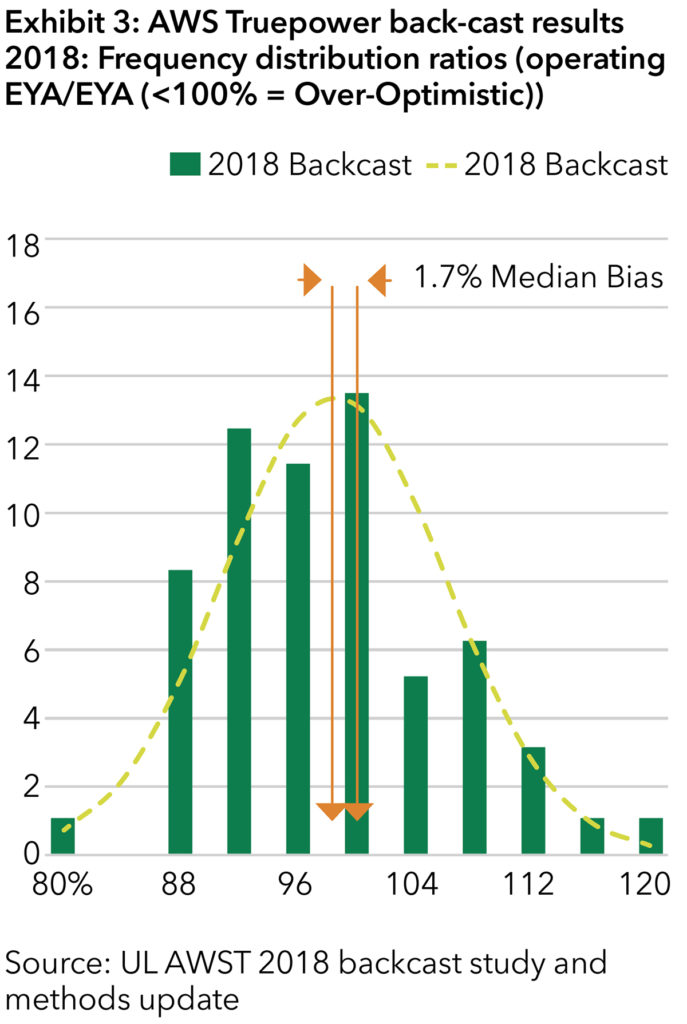 Climate change is a possible issue facing the EYAs which rely on historic, not predictive, long-term energy inputs. The increase in global temperatures and changing climate patterns are expected to alter wind patterns. While climate models are not sophisticated enough to allow for granular, project-level adjustments to wind, risk factors can be considered. Where the predicted regional climate patterns are not detrimental to the assets in question, the risk can be considered acceptable.

For a sophisticated investor, it is possible to accurately assess an asset’s generation profile, more so on a portfolio basis. Through a combination of bias elimination, diversification and scale, yield risk can be managed to a level commensurate with the return profile of renewables.

The key is to understand what the EYA methodologies fail to accurately represent: risk. An artificially constructed probability curve of generation outcomes is not the same. The probability curves which have been developed have been based on computer models and manual adjustments, which in turn have been based on a back-looking view. The matching of risk against the proposed projects is a fundamental step to accurately modelling the risk/reward of a project. Such adjustments need to account for these modelling issues plus take a forward look into the evolving technology.

Split blades
With advancing materials science, deeper analytics and experience in composite construction, several suppliers now see a path to near-term release of a blade product with a split design and onsite assembly, mitigating logistics issues caused by large blades. This could spark the next generation of increased sizing for onshore products.

Smart blades
Turbines convert kinetic energy from the wind into lift. The optimal aerofoil shape, however, changes in differing wind speeds and turbulence. Materials, science and advance control systems may unlock the ability for blades to provide a limited quantum of adaptability to the wind environment that would lead to improved performance and flexibility.

Hydrogen
Offshore wind electricity can be converted to hydrogen via electrolysis of seawater. Hydrogen can be carried via existing gas pipelines, providing a cost-effective route to market for a high-value product. Converting electricity to storable hydrogen also addresses intermittency issues.

AI/smart controls
Considerable loss is incurred due to wake effects and power curve inefficiencies. Smart systems are able to minimise such losses through a wind farm’s control systems and maximise generation of the whole wind farm rather than the specific turbine.