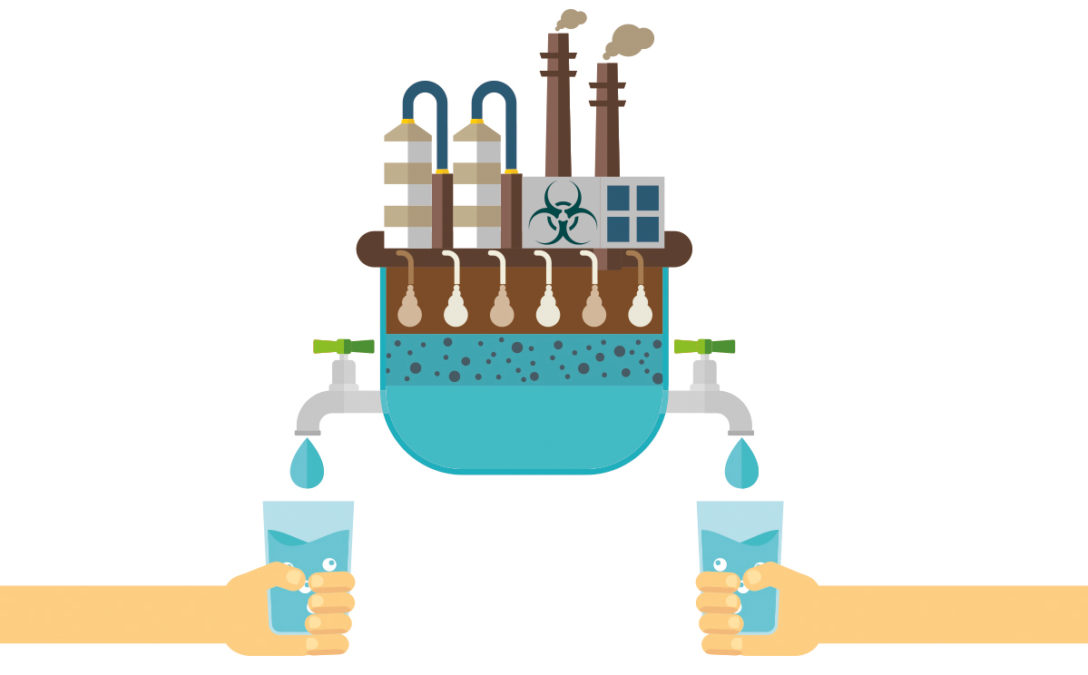 Water scarcity is a pressing international concern. According to the World Data Lab’s Water Scarcity Clock, 2.4 billion people are currently living in water-deficient regions, and experts predict the figure will reach 2.7 billion by 2030.

Consequently, securing water resources is a paramount concern for world leaders amid climate change, droughts and especially the growth in the world’s population, which is expected to increase from 7.7 billion in 2020 to 9.7 billion by 2050.

Historically, increases in water usage have been twice the pace of population growth. Beyond climate change, the World Data Lab points to institutional failures and adverse economics as additional reasons for supply deficiencies.

“Although institutional failures are largely due to political and administrative issues, physical water scarcity and economic challenges may be more easily addressed.”

Solving the international water deficit will require actions on both the demand and supply side. Although institutional failures are largely due to political and administrative issues, physical water scarcity and economic challenges may be more easily addressed. From the perspective of these supply constraints, strategic and pragmatic solutions focus on the development of more robust water infrastructure in both developed and emerging markets.

As was pointed out in a recent Infrastructure Investor commentary, industry sectors such as clean energy, sustainable transport, and water and waste treatment have become “core planks” of the infrastructure investment landscape.

To deliver sufficient drinkable water over the coming decades involves implementing the latest desalination and wastewater recycling technology through the construction of new water treatment plants.

Desalination, as defined by the International Desalination Association, involves the production of a useful product water from a feed water that is too high in inorganic materials – primarily salts – to be useful. The feed water may be seawater, brackish water or other impaired water that cannot be used directly for potable supply or general industrial purposes.

According to Aquatech, there are about 20,000 active desalination plants around the world. However, more facilities are needed as water demand accelerates and supplies decrease. The 10 largest plants are in the Middle East and produce more than 570,000 cubic metres of water per day. The greatest volume is generated by the plant in Ras Al Khair in Saudi Arabia, which produces more than one million cubic metres per day.

The following figures provided by the International Desalination Association quantify the current scale and scope of the world’s desalination infrastructure:

Given the massive global demand for freshwater, these numbers will continue to grow.

But as the problem evolves, so too does desalination technology, which has improved dramatically over the decades. Desalting now includes a range of approaches, from multi-effect distillation and multi-stage flash evaporation to reverse osmosis and hybrid models. In all, there are more than 20 different desalination technologies in use today.

These can be broken down into two primary categories: reverse osmosis and thermal. These innovations have enabled plants to produce an increasing flow of water resources, while improving the efficiency of operations relative to the main challenge of desalination.

“Merely comparing cash outlays is a poor way of determining feasibility. Instead, projects should be evaluated based on average annual yield and drought resistance.”

To achieve this standard, desalination engineers must contend with brine concentration factors and recovery and rejection rates, which all aggregate into cost considerations.

Understanding the basics of desalination is important because it leads directly into the expense calculus of constructing and operating such facilities.

GWI DesalData projects that, in the US alone, operating expenditure will total $10.9 billion in 2021, primarily due to energy costs. As for construction, stakeholders are expected to plough $8.4 billion into desalination projects in 2021. According to Adroit Market Research, these factors are forecast to drive the value of the water desalination market to $39 billion by 2028.

Desalination’s critics point to these price tags as evidence of cost challenges and the need to construct and operate reservoirs as an alternative. An example from the largest US state, as described in a California Globe article, provides an important comparison between desalination plants on the one hand and dams and reservoirs on the other.

One of California’s most effective desalination sites, located north of San Diego, produces approximately 50 million gallons of potable water per day. The cost of building the plant totalled just over $1 billion. From the vantage point of total cost, the financing dollars accounted for 77 percent of the overall price of producing water. Operating costs and energy components comprised the remaining 23 percent.

The construction cost is the primary reason why desalination is considered expensive. Yet reservoirs must also be constructed. It is estimated that the proposed Sites Reservoir in Northern California will cost $5 billion.

Merely comparing cash outlays is a poor way of determining feasibility. Instead, projects should be evaluated based on average annual yield and drought resistance.

In this context, desalination facilities prevail because they do not face the greatest challenges encountered by reservoirs: storage capacity and annual yield, which is dependent on precipitation as the source of freshwater. Because climate change is presenting significant challenges in estimating future precipitation patterns, annual yield forecasts based on historical data are becoming less and less reliable.

Another way to look at the issue is that desalination plants are drought-proof resources that can produce as much freshwater as needed at the flick of a switch, while reservoirs are solely dependent on Mother Nature.

The cost of desalinated water has also been declining over the years. According to Energy Resources, a leading desalination technologies company, the cost trends for seawater reverse osmosis decreased from roughly $1.60 per cubic metre in 1982 to $0.48 per cubic metre in 2020.

Although governments have traditionally assumed the role of developing infrastructure, private capital is increasingly becoming the driving force. Private finance moving into desalination facilities represents a significant part of this investment.

It would be remiss in the discussion of water scarcity and desalination not to address wastewater treatment. Consolidated Water designs, builds and operates plants that create potable water from municipal wastewater.

Although this option may not immediately gain traction with the public, a more viable solution is to use treated wastewater as an alternative to the potable water resources that are currently used in landscaping, golf course irrigation and other commercial scenarios. Wastewater can then help reduce the use of freshwater, which will increase available water supplies.

Although desalination has many compelling benefits, the industry still must address the remaining barriers to greater adoption.

These include the environmental impact of brine discharge, energy usage and sustainability.

The industry is working diligently to ensure the environment is not harmed as a result of desalination. Many effective solutions are now in place. Energy usage and reducing the carbon footprint of desalination are also a priority, and this is necessitating a move towards net-zero emissions and incorporating renewable energy sources.

Plants can reduce their energy consumption by reusing pressure generated from the reverse osmosis process. Constructing facilities at sea level can also minimise the energy consumed when pumping seawater into the plant for desalination.

The demand for potable water is certain to increase as the world’s population grows and as climate change further impacts drought-stricken areas. As a result, creating and maintaining a safe and ample water supply will continue to be a top priority for municipalities around the world.

As a contributor to Smart Water Magazine recently put it: “Desalination is a mature technology with competitive production costs and attractive investment returns for investors.”

So, while desalination and wastewater recycling cannot solve all the world’s water problems, these solutions are becoming more essential to addressing our global water supply and demand challenges.

This means PERC’s executives are very familiar with the region and the challenges it faces in procuring sufficient freshwater.

The Colorado River feeds water to seven US states – California, Arizona, Nevada, Utah, New Mexico, Wyoming and Colorado – as well as the Mexican states of Baja California and Sonora. On 16 August, the US federal government was forced to declare a Tier One shortage at Lake Mead, one of the river’s primary reservoirs.

This declaration will constrain supplies to the seven US states and by varying amounts. In Arizona, the supply of freshwater will decline by

18 percent per year. Additionally, recent changes to agreements between the US and Mexico require that the Mexican states also share in addressing this shortage, and water deliveries across the border will be reduced.

These arid southwestern US states must take immediate steps to diversify their shrinking water supplies by using drought-proof resources. Desalination is the preferred technology, if not the only practical solution.

California and Mexico could construct a robust network of desalination facilities along their coasts, which could be used to pipe water to inland states at a contracted price. Better still, California and Mexico could trade or sell their current freshwater resources to inland states and replace those resources with consistent and abundant supplies of desalinated water.

Rick McTaggart is president and CEO of Consolidated Water, a Nasdaq-listed company that develops and operates water supply and treatment plants and water distribution systems in the Caribbean and the US.