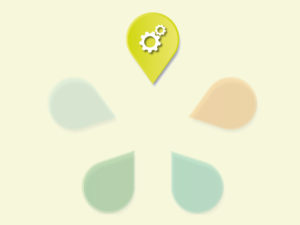 In the past decade, as infrastructure has transitioned from a young asset class to a firmly established one, new sub-sectors have emerged and become part of the infrastructure investment universe. It wasn’t so long ago that renewables were considered too niche or too risky to attract infrastructure capital.

But in 2015, that began to change. In addition to the large, diversified funds allocating increasing amounts to infrastructure, a lot of specialist vehicles have emerged focusing exclusively on renewables and the energy transition. Digital infrastructure – another sub-sector that has proven not only resilient during the pandemic but whose growth has been fuelled by it – looks set to follow the same path.

Aside from their ability to attract capital, these sub-sectors share another common element: they are both technology-intensive. “We think infrastructure investment will become increasingly complex,” says Sebastián Urbán-Muñoz, a senior director at Madrid-based Asterion Industrial Partners.

Taking as an example digital infrastructure – the space in which he spends most of his time – technology not only plays a huge role but is also evolving, as is user demand, at a fast pace. “It’s very difficult to have a vision and a business strategy without having a deep industry knowledge of the main technology drivers of the business,” he says.

Industry knowledge ‘a must’

A telecoms engineer by training, Urbán-Muñoz has been at Asterion since it was founded in 2018. He had been chief strategy officer at Spanish telecom company Telefónica. According to Urbán-Muñoz, industry knowledge is a “must”, but so is industry experience. “It’s one thing to have a view on long-term technology trends and user demand trends and another to operate businesses to create value,” he says.

He offers the following example. “We acquired a fibre company in southern Spain, which is focused on rural areas and we did the technical due diligence ourselves. We don’t have to hire a lot of people to do that, because we have the technical skills – not in terms of operating the network, but in terms of assessing what needs to be done.”

It is this knowledge and experience that Gavin Williams, global co-head of infrastructure at Herbert Smith Freehills, also calls critical. “You need the operational expertise in order to be able to interrogate management on its operation and performance,” he says.

But how do generalist infrastructure fund managers acquire the knowledge and skills they need to successfully invest in new, fast-evolving sub-sectors?

One way is by creating a team with a strong industrial background from the outset, as Asterion did. Another is to outsource the asset management.

Exus Management Partners – a company founded in Europe in 2015, which has expanded into North and South America – manages renewable energy projects on behalf of blue-chip GPs. According to managing partner Jim Spencer, the company provides GPs – such as Copenhagen Infrastructure Partners, Ardian and BlackRock – with “operational management [services], which includes overseeing O&M, overseeing offtake and dealing with project finance-related issues”.

One of the reasons infrastructure managers are choosing to outsource operational management of these assets is because it is more cost-effective.

“Very few of these funds – and they are large funds – have 6GW or 7GW under management,” he explains. “So in order for them to develop that speciality in-house, they have to be really huge to make it cost-effective.”

Another path to gaining specialist expertise is through M&A. One obvious example is Macquarie, which in 2017 acquired the UK’s Green Investment Bank. Instead of being a generalist fund manager that invested in renewables, among other sectors, it acquired a specialist, since renamed The Green Investment Group. Another example, revealed as we went to press, was Nuveen’s acquisition of European renewables GP Glennmont Partners, which has invested in more than 2GW of assets.

“But not everyone can go out and buy a green investment bank,” says Anish Butani, senior director, private markets at consultancy bfinance. “While it’s not inconceivable to see a growing amount of M&A activity, value accretion beyond AUM will be key. What we’ve seen in recent months is more M&A at the manager level – of the traditional kind where one firm acquires another, but also the emergence of partnerships between managers and strategic players.”

Examples include Ardian, which last year partnered with Enel X to develop battery storage projects in Canada and with Italian telecom company TIM to invest in mobile tower operator Inwit. Around the same time, in October, Telefónica announced a 50-50 partnership with Allianz Capital Partners to deploy fibre in Germany.

“People needing help to get their heads around the operation, challenges and management of these assets is not a new thing,” Williams says. “What probably is new is the scale or the number of asset types that are unfamiliar and the importance of them in the context of where money is flowing at the moment.

“Money is flowing into digital, into renewables, clean power generally. And a lot of that technology in the infrastructure space is new to investors – such as grid optimisation, battery storage, carbon capture.”

Another type of partnership model worth noting, according to Spencer, is London-listed investment firm The Renewable Infrastructure Group. TRIG is managed on a day-to-day basis by renewables company RES as operations manager and InfraRed Capital Partners as investment manager.

“The partnership with RES is almost like having in-house expertise,” Spencer says. “While I don’t know the exact parameters of that partnership, I suspect that model is the wave of the future.”

Infrastructure, as an asset class, is becoming increasingly specialised in terms of the types of assets in portfolios and the skills required to manage them. Nevertheless, “some of the large, diversified players have proven that they are able to pivot”, Butani notes.

“There are 15-20 large infrastructure firms with considerable AUM raised across a series of funds, proving that they are able to stay current and attract market capital even in these difficult times” he says. “I think what investors need to be mindful of is whether these fund managers are followers or leaders in these newer areas.”

Asked what distinguishes the former from the latter, Butani replies: “It comes down to the people and the approach taken to build a new proposition. To some degree, it’s about how much time the manager has spent thinking about a strategy before executing it.”

Generalist fund managers will differ in how they go about acquiring the specialist skills they need to successfully invest in increasingly complex sub-sectors. The good news is they have plenty of options to choose from.