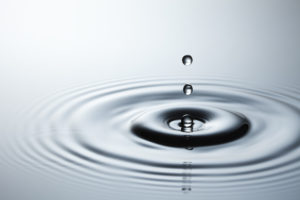 “We think of ourselves as the land of capitalism and enterprise,” one panellist said of the US during December’s Infrastructure Investor New York Summit. “But not when it comes to water.”

It is a contradiction familiar to those in the US infrastructure sector. The country’s water needs are massive: over the next three decades, the water infrastructure gap is $1 trillion, according to the American Water Works Association. Government-owned water utilities, meanwhile, have a-less-than-perfect track record, as residents of Flint, Michigan can attest. But there has been limited activity in the private sector and only a handful of public-private partnerships in the space.

“It is very difficult to get these deals done and you need a fairly courageous municipal leader in order to do so,” Brandon Freiman, the head of infrastructure in North America for KKR, tells Infrastructure Investor, referring to PPPs.

Freiman helped put together two of the few PPPs in the drinking water space. The first was a 40-year concession for the water and wastewater system of Bayonne, New Jersey, acquired in 2012 by a joint venture of KKR and Suez North America. Three years later, KKR partnered with Suez North America for a 50-year water and wastewater concession in Middletown, Pennsylvania (KKR has divested its share in both assets to Argo Infrastructure Partners, according to pension documents).

The same year as the Bayonne deal, the city of Rialto, California agreed to a 30-year PPP with Table Rock Infrastructure Partners to run the city’s water systems. In these deals, fees are negotiated and set in the concession agreement. Eventually, ownership of the assets reverts back to the municipality.

Another version of private capital participation that has been somewhat more common – though is still relatively untapped – is the investor-owned utility. Under this model, ownership is transferred to the private entity but the rates are set by a state regulator. American Water and Suez North America dominate this market.

“Neither are pure privatisation,” Trevor D’Olier-Lees, an analyst for Standard & Poor’s, explains of the two models. “On the one hand, the investor-owned utility owns its assets but its rates are set by different state regulatory bodies and commissions. On the other hand, the P3 doesn’t always own its assets, but it is usually not subject to a rate mechanism.”

So far, both models are the exception. Nationwide, around 85 percent of water utilities remain municipally controlled.

A tale of two PPPs

A city of just over 60,000, Bayonne sits on the southern end of New Jersey’s Bergen Neck peninsula, across the Kill Van Kull from Staten Island. The city’s water system was already financially embattled when Hurricane Sandy struck in October 2012, compounding its struggles. The city weighed its options, which included outsourcing only the operations of the utility or reaching a PPP deal. It ultimately chose the latter.

The deal resulted in a joint venture comprising KKR and Suez North America (then called United Water) paying $150 million upfront to the Bayonne Municipal Utilities Authority for a 40-year water and wastewater concession. The JV also agreed to invest an additional $157 million over the life of the contract.

“There is no technology that I am aware of that would obfuscate the need to have pipes going into people’s homes delivering water.”
Brandon Freiman, KKR

In many ways, the agreement has been a success. Outdated pipes and hydrants were replaced, new meters and safety equipment were installed, the city paid off $130 million of existing debt and the its bond rating was bumped up by Moody’s from Baa1 with a negative outlook to Baa1 with a stable outlook.

“If you look at reliability, that has improved quite a bit on the asset,” Freiman says. “It really is a good example of how this model can be a win-win for everyone.”

For Bayonne’s residents, it has not all been good news. The city has seen significant rate increases – jumping nearly 30 percent in the first four years after the agreement was reached. The increases have made the deal controversial, both within Bayonne and as a model to emulate.

Freiman argues that the rate rises were inevitable, even if the utility remained in public hands.

“The city’s analysis at the time of the initial investment showed that the rate increases under this concession would be lower than had the city maintained operations,” he says.

Still, this can be a difficult message to convey to voters who see their water bills jump.

While KKR was completing its deal with Bayonne, a similar negotiation was taking place on the opposite coast. In Rialto, a city of 100,000 residents 50 miles east of Los Angeles, pollution from a munitions and fireworks plant had contaminated the water supply and forced the city to buy water from neighbouring systems. When the financial crisis hit, the city was left reeling and began exploring a PPP.

In November 2012, the city reached a 30-year agreement with Table Rock Capital and Paris-based Veolia Water, with the Union Labor Life Insurance Company providing equity. The deal gave the city a $35 million upfront payment along with a $41 million capital improvement plan. It also paid off the city’s $27.4 million utility debt.

Like in Bayonne, investments in the system led to improvements, as Veolia installed new management and monitoring systems. Also, like in Bayonne, rates in Rialto increased – up 68 percent in the first four years of the agreement. These hikes did not cause the uproar seen in other municipalities, according to Table Rock managing partner Peter Luchetti.

“People were pretty accepting of a large rate increase,” Luchetti recalls, noting that the city had not raised rates in more than a decade. “That didn’t make the headlines in Rialto.”

The challenge, he added, came in trying to bring the utility’s employees on board with the changes to the system.

“When you show up for work, you are not doing things the same way, and that is a big challenge,” Luchetti notes. “It takes a lot of time and a lot of patience to work through the onboarding and transitioning from traditional public management to a P3.”

PPPs have also been tried elsewhere in the broader water space. The largest deal yet is the $1 billion Claude “Bud” Lewis Carlsbad Desalination Plant outside San Diego, built by Poseidon Water and backed by Stonepeak Infrastructure Partners, which became operational in 2015. There have also been a handful of smaller deals.

It is easy to see why investors are keen on the sector. Water assets promise a reliable long-term revenue stream and are unlikely to be made obsolete by technological advances.

“There is no technology that I am aware of that would obfuscate the need to have pipes going into people’s homes delivering water,” Freiman, of KKR, points out. “So, you have a very long-term asset that is absolutely critical and there is a lot of value in that, particularly in a world with low interest rates.”

Further, the potential in the sector is massive. Estimates of what it will take to fix America’s water infrastructure range from $650 billion to $1 trillion over the next three decades. Federal funding for water utilities has dropped dramatically over the past 40 years, falling from $16.9 billion in 1976 to $4.3 billion in 2014, according to water advisory Bluefield Research. That pushes the onus on to cash-strapped states and local municipalities to come up with the money or find an alternative plan.

“I don’t expect the floodgates to open, but we are seeing a lot of momentum with water infrastructure across the board.”
Chris Adams, RBC Capital Markets

There is also a clear need for improvement on the public side. Of nearly 80,000 water and wastewater systems Bluefield examined, 5,300 are listed as significant regulatory violators. In its 2017 report card, the American Society of Civil Engineers gave the country’s drinking water a “D”.

Still, there has so far been just a trickle of deals. In part, this reflects the lack of momentum, as a slate of successful deals helps bring further transactions to fruition. With few large-scale PPPs, municipalities have little to look towards for guidance. But there are also challenges inherent to the water sector.

One is fragmentation. Most water systems serve fewer than 500 residents, according to S&P, making them unlikely candidates for a bankable project. These are also often the systems most desperately in need of an overhaul. Approximately 83 percent of violations of the Safe Water Drinking Act in 2016 were recorded in small or very small systems, according to an S&P report released in January. More than 90 percent of the US population, meanwhile, is served by medium, large and very large systems, which perform comparatively well.

Bundling, or combining multiple systems into one deal, is a possible solution on investors’ radars. But given the difficulty of getting a PPP deal in place for a single utility, the complexity of a bundled deal covering multiple assets can be prohibitively daunting.

“The water industry requires special expertise and focus,” Ross Posner, the managing partner of New York-based Ridgewood Infrastructure, tells Infrastructure Investor. “If you are going to create scale through bundling or consolidation, that is a different execution strategy for which you need to have a differentiated knowledge base, relationship and skill set to execute.”

Counterparty risk is also mentioned, as politicians are reluctant to risk the public backlash of privatisation. Structuring a PPP deal in which ownership eventually reverts to the municipality can help on this front, but consumers may still have little tolerance for rising rates.

“When that water isn’t on, when it’s not working, that is when people notice it,” notes Andrews Walters, the chief administrator for the San Jose Water Company. “They don’t realise what it takes to get it there.”

Difficulties notwithstanding, investors see plenty of room for the private sector’s role in water to grow. While most cities and towns do not have an airport to sell, and power assets are already in private hands, publicly owned water assets are ubiquitous. With up to $1 trillion in capital expenditures needed in the coming decades, convincing 5 percent of municipalities to do a PPP would create abundant opportunity, one investor notes.

Those in the space say the sector has begun to show signs of life and expect to see the pace of activity pick up. Luchetti, of Table Rock, said his firm has 30 water deals in the pipeline and expects many of them to come together in the next three to five years. He forecasts a moderate increase in the next five years with the potential for more significant growth in the following decade.

Others share a similar assessment. At the our December  New York Summit, one panellist compared water to the US airport space a few years ago, with increasing discussion but no marquee deals completed.

“I don’t expect the floodgates to open, but we are seeing a lot of momentum with water infrastructure across the board,” Chris Adams, the managing director of power, utilities and infrastructure for RBC Capital Markets, says. “There is a growing opportunity set here.”