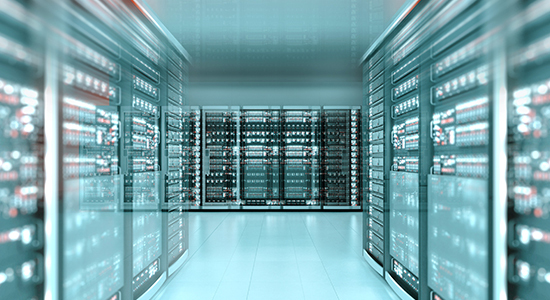 DataBank – a US-based data centre operator acquired by a group of investors led by DigitalBridge in 2016, as its first data centre investment – has undergone a recapitalisation process in which 27 percent of the company’s equity has been sold off to new investors.

Said new investors — EDF Invest and Swiss Life Asset Management — in what DigitalBridge told The Pipeline is a perpetual continuation vehicle, paid $1.2 billion to existing investors for the stake. The exact equity breakdown remains unknown, although DigitalBridge said in a statement it retains a 15 percent stake and will receive $230 million in cash from the deal.

DigitalBridge’s ownership is a reduction from the 21.8 percent held as of March 2022.

“Since we acquired DataBank in 2016, we have [transformed it] from a business serving three markets with six facilities to the premier edge infrastructure platform serving 27 markets across more than 65 facilities,” stated Marc Ganzi, CEO of DigitalBridge.

Uri: not a storm in a teacup for renewables
A little over 12 months ago, we analysed how last year’s Storm Uri, in Texas, might affect the long-term financing of US renewables, forecasting benefits for merchant power projects. Now, it seems that is coming to pass.

“For a long time in the industry, merchant [power] was something of a dirty word, both on the equity and debt side. More recently, that’s been changing,” Tyler Nielsen, director of power and renewables at KeyBanc Capital Markets, told the Reuters Renewable Finance and Investment conference in Dallas last week.

“We recently underwrote $175 million of loans for a pure merchant portfolio. We expected there to be enough appetite to take that off our books, but there’s actually been more than that. We’re having to cut people out. Two years ago, I don’t think you would have seen that. This is a kind of post-Uri world [with rising] inflation world and people are looking at that.”

How’s that for going up the risk curve?

The Pan-African Renewable Energy Fund will target both greenfield and brownfield projects, the partners said. That includes projects that will “convert high carbon-emitting sources of power supply to less carbon-intensive options”. Storage will also be on the agenda.

PAREF will have a 10- to 12-year life, targeting returns of between 8 percent and 12 percent, depending on the investment, Emile du Toit, managing director of fundraising and liabilities at Harith, told News24. Harith and Anergi have a 13-year track record of working together prior to this venture. In fact, Anergi is owned by two Pan-African Infrastructure Development Funds managed by Harith.

“Of the 770 million people without access to electricity, 75 percent live in Sub-Saharan Africa,” noted Harith chief executive Sipho Makhubela. Closing that energy gap will require $28 billion a year from now until 2030, noted the International Energy Agency.

It’s fair to say that while Africa offers plenty of opportunity, the partners will have their work cut out for them.

Michael Park, director of renewable energy at Twain Financial Partners, tells the Renewable Finance and Investment event of the soaring, if not expert, capital coming into the sector

Willis Towers Watson’s Hale heads to Greencoat
After more than two decades at Willis Towers Watson, where he was most recently portfolio manager of the firm’s Secure Income Fund, a vehicle that invests in low-risk real assets in the UK, Duncan Hale has moved on to – not greener pastures necessarily – but to Greencoat Capital, the UK-based renewables-focused investment firm.

In his new role, which he assumed last Monday, Hale will be part of the firm’s private markets team, which is responsible for creating and managing the products offered to institutional investors.

“I have been brought into that team with a specific remit to develop an offering that will allow us to access the DC [defined contribution] market,” Hale told The Pipeline, adding that he is “a firm believer that the future for private markets investing in the UK will be producing product such that DC and retail investors can access”.

His arrival comes six months after Schroders acquired a 75 percent stake in Greencoat Capital and four months since The Pipeline reported that the firm was planning to launch an open-end US-focused fund in Q3.

Certainly a Hale to the future, then.

“We’ve noticed with oil prices that our inbounds from investors on traditional energy have certainly increased,” he told the Reuters Renewable Finance and Investment conference. “Hydrocarbons have certainly been out of favour with institutional investors for the last five to six years, but there has been renewed interest because the returns are there now.”

Michael Park, director at Twain Financial Partners, agreed, although he argued this may be more of a short-term wave.

“Institutional investors, some of whom have dabbled in renewables, are somewhat distracted from whatever ESG commitments they made and are chasing returns right now in the short-term. That’s happening a fair amount, but I think it will pass,” he told attendees.

Given most climate forecasts, the world probably needs those LPs to re-dabble in renewables sooner rather than later.

The firm has partnered with Belgian renewable energy Virya Energy on the acquisition of a majority stake in the company, with VoltH2’s founder and managing director André Jurres retaining a “meaningful share”, according to a statement.

Hailing the acquisition as a testament to “the confidence in green hydrogen”, Jurres said DIF and Virya’s involvement would help the company – which has three hydrogen production sites in the works so far – play an important role in the energy transition.

Our recent Deep Dive into green hydrogen found the fuel still has a few obstacles, such as its cost and risk profile, to overcome. In a statement, however, DIF partner Gijs Voskuyl predicted “a significant demand increase for green hydrogen in the short and medium term”.

A ringing endorsement for long-term investors.

Marking the first commitment from Ares since the firm acquired AMP Capital’s infrastructure debt platform, it seems AMP’s former debt team – which recently transferred to Ares as part of the acquisition – are well and truly back in action, with the new debt facility providing for a commitment of up to roughly $1 billion. The loan is expected to help fund the further development of EdgeConneX’s projects and will see the interest rate payable directly correlated to the company achieving its sustainability targets. It is part of a series of sustainability-linked financings totalling $1.7 billion secured by EdgeConneX.

Front and centre of EdgeConneX’s sustainability concerns will be the high energy consumption of its assets. Find out the varying approaches companies are taking in our feature on the issue last month here.