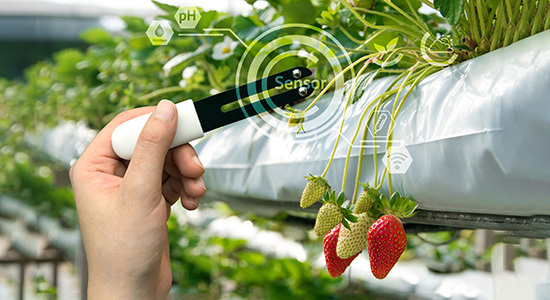 I Squared’s juicy infratech fund
Fruit and fruit juice producers are not natural bedfellows with infrastructure funds. But that did not stop Fresh Del Monte Produce last week from investing in I Squared Capital’s Global InfraTech Fund, the Miami-based firm’s latest vehicle to hit the market.

In a joint statement, I Squared and Del Monte said that the new fund – for which a target is unknown – will seek opportunities in “innovative growth-stage companies applying technology in various infrastructure sectors, including logistics, supply chain, and agriculture”.

The strategy is led by Kevin Cull, who joined I Squared as managing director in August 2019. Between 2010 and 2015, he was president and chief executive of Bell Media, one of Canada’s largest broadcasting companies. He is joined by managing director Peter Corsell, who founded clean technology company GridPoint in 2003, after joining the Central Intelligence Agency in 1999. Thy are also aided by Felice Gorordo, a part-time venture partner. Gorordo’s LinkedIn profile states that the fund will invest between $5 million and $30 million in companies that “serve or disrupt infrastructure technology” in traditional sectors such as power, transport, telecoms and social infrastructure.

It seems like I Squared is the latest manager to join Infra 3.0.

Pass the bill, not the buck
As the deadlock continues in Washington, DC on President Biden’s (rapidly shrinking) infrastructure plan, a survey by UBS has revealed strong support for it among investors and business owners.

The UBS Investor Pulse surveyed 1,018 investors and 501 business owners, and found that almost three-quarters of the former and more than 80 percent of latter approved of the plan. Transport, energy and water initiatives drew the most support, while social infrastructure initiatives were lower down the priority list for both groups.

Reflecting Republican concerns, almost half of respondents felt the plan would cost too much, however. And, flagging national debt as a top concern, almost all of those surveyed wanted the plan to be funded without raising the deficit. Most opted for reducing other federal spending as the ideal way to pay for the plan instead.

The survey also revealed overwhelming support for the administration’s proposal to pay for the plan through corporate tax reform, with over 70 percent of investors and more than 80 percent of business owners giving the proposal the thumbs-up.

Revenge of the battered superfunds
After controversy and uncertainty over the benchmark that Australian superfunds’ unlisted infrastructure investments are set to be assessed against, the government’s attempts to reform the superannuation sector have taken another turn.

The most controversial aspect of the reforms is a change that would have given the treasurer the power to veto any investment made by a superfund if it was deemed contrary to the national interest.

Once some independent members of parliament and backbenchers from the ruling Liberal Party signalled last week that they would join Labor in opposing the veto power, the government was forced to dump it. The crossbench reform bill then passed the lower house by 69 votes to 59.

Infrastructure Investor has heard several superfunds and fund managers continue to express concern about the reforms, despite being supportive of the government’s broad aim of eliminating underperforming funds and improving member returns. With the bill’s passage through the upper house not assured, there could be further twists to come.

Waste not, want not
Earlier this year, we noted an uptick in waste management deals, particularly in the burgeoning but technically complex energy-from-waste sector. Well, no one can accuse the industry of wasting any time making good on the opportunity, as attested by two recent transactions.

The first saw Macquarie Asset Management – via its €6 billion Macquarie European Infrastructure Fund 6 – acquire Ireland’s Beauparc Utilities from founder Eamon Waters and Blackstone Tactical Opportunities Fund for a reported €1 billion. Beauparc is described as a “waste-to-resource business” with a leading market share in Ireland and a presence in the Netherlands and the UK.

The second, still in the works, concerns Morgan Stanley Infrastructure Partners’ interest in UK waste management firm Augean, though a bid has yet to materialise. Augean services the oil, gas and nuclear sectors, among others, and has a market value of just over £260 million ($367.2 million; €303.2 million). If the deal were to go through, it would be the latest in a series of take-private transactions, another mushrooming market trend.

“Inflation is definitely a big concern… For now, we need to remain careful and seek investments that continue showing inflation-hedging attributes”

Karim Mourad, global head of infrastructure at the Abu Dhabi Investment Authority, outlines his fears in our Global Investor 50

Eastern promise
Paris-based Vauban Infrastructure Partners has made two new hires in an effort to double down on its growth strategy in Central and Eastern Europe.

The firm, which has €5.1 billion in assets under management, hopes the appointment of Christoph Stagl as a vice-president based in Munich and Marcin Petrykowski as a senior adviser based in Warsaw, will help develop its expertise in the region.

Prior to joining Vauban, Stagl was senior investment manager at MEAG, where he focused on mobility, energy and digital infrastructure projects. Petrykowski, who was previously markets and investor services regional head at JPMorgan, also led S&P Global Ratings’ entry into Poland and CEE in a former role as S&P’s managing director.

Vauban chief executive Gwenola Chambon highlighted both of the appointees’ “long and successful track records” in CEE markets. That’s useful, as there should be plenty of room for deployment as Vauban moves towards its €2.5 billion hard-cap for its latest fund. 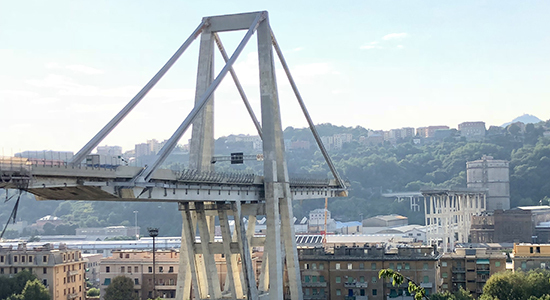 Atlantia finally headed for the exit ramp on Autostrade
Italian motorway Autostrade per l’Italia seems fated to return to the hands of the public sector, after a majority of ordinary shareholders last week approved the offer submitted by state-backed investment bank Cassa Depositi e Prestiti. Well, mostly, since Blackstone and Macquarie Infrastructure and Real Assets are also along for the ride.

The deal, should it go through, will see parent company Atlantia divest its entire 88.06 percent stake in the motorway, with 51 percent going to CDP and the balance split equally between Blackstone and Macquarie European Infrastructure Fund 6.

The agreement comes as litigation against ASPI continues, related to the 2018 collapse of Genoa’s Morandi Bridge, which killed 43 people. It includes a special indemnity clause that, according to offer documentation, caps Atlantia’s liability at €150 million. Any litigation costs above that threshold will be split between Atlantia and the new owners on a 75/25 basis. The board is set to assess the offer, which values Autostrade at €9.3 billion, on 10 June.