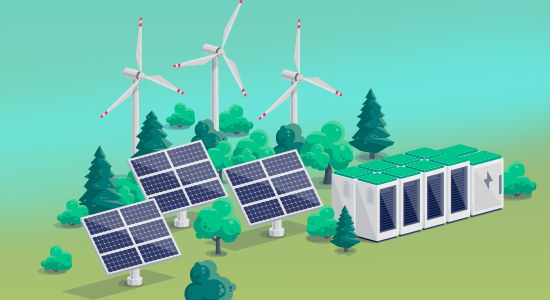 Quinbrook halfway to $2bn Net Zero target
Quinbrook Infrastructure Partners has been raising capital for its Net Zero Power Fund, following an SEC filing dated 21 July that showed more than $495 million has been secured.Infrastructure Investor understands that the current fundraising figure is now north of $1 billion, with a first close imminent. That would put Quinbrook Infrastructure Partners III – Net Zero Power Fund halfway to its $2 billion target, having secured commitments from institutional investors in the US, UK, Europe and Australia, according to a source familiar with the fund.Quinbrook declined to comment on the fundraising.The manager has been deploying capital from the vehicle, too, most recently announcing the launch of a A$2.5 billion ($1.75 billion; €1.71 billion) green data centre storage project in Queensland that will feature one of the largest batteries in Australia’s National Electricity Market.

Ridgewood’s $673m Fund II first close exceeds debut fund size
DC-based Ridgewood Infrastructure has reached a $672.7 million first close on its second fund – its debut effort closed in March 2020 – an SEC filing has revealed. The capital raised by Ridgewood Water & Strategic Infrastructure Fund II to date already exceeds the $600 million raised by the maiden vehicle, which had a $500 million target. For Fund II, that target has now doubled to $1 billion, meaning the firm has already raised more than two-thirds of it.Eyeing upper mid-teen gross returns, the group targets water investments – like the Florida PPP for a new water treatment plant it was selected for earlier this year – as well as assets such as the Port of Fernandina, another Florida-based site it purchased this month.A deal in January saw Ridgewood also head into the aviation sector, investing in fixed-base operator APP Jet Center. Perhaps that was what made fundraising really take off.

US energy transition in peril as installations slow
More than 32GW of clean energy projects are delayed across the US. Additionally, Q2 saw a 55 percent decline in project installations when compared with Q2 2021. That’s according to The Clean Power Market Report 2022 Q2, from American Clean Power. Hardest hit were solar installations (down 53 percent) and onshore wind (down 78 percent).While energy storage installations were up 13 percent, it wasn’t enough to reverse the trend, with only 3.2GW of utility-scale renewables this quarter – the smallest amount of clean power added to the grid in one quarter since Q3 2019.What’s causing the slowdown? Macro issues such as inflation and uncertainty played a role. But the sector has also faced specific challenges surrounding international trade and policy stagnation. Add in wider issues, such as the Supreme Court’s unfavourable EPA ruling, and it’s enough to make any Green Party member red in the face.Here’s to a brighter Q3, then.

RGREEN closes third renewables debt fund on €231m
The energy transition urgency has hit some in Europe, though, with RGREEN INVEST having closed its third senior debt vehicle on €231 million, comfortably above its €200 million target.“Facing a market in need of speed, INFRABRIDGE III enables its developers to race, not rush,” the French manager said in a statement.Like its predecessors, Fund III will offer short-term senior debt solutions to developers and entrepreneurs, both at the corporate level and for assets in development or ready to build. The manager has already identified a pipeline of more than €400 million and will target average tickets sizes of €20 million. It expects nearly a quarter of its projects to be located outside the European Economic Area.“Speed and certainty of execution of financing are key issues for developers, who have to move especially fast in the face of global warming and inflation,” said Mathilde Ketoff, RGREEN’s head of debt.Is anyone else feeling the need for speed, yet?

“Putin weaponised energy like no other time I’ve ever seen. I think [President] Xi will do the same with rare-earth minerals”

MacCap’s Aussie head set for Big Apple
Macquarie Capital has reshuffled its leadership team, with current Australia and New Zealand co-head John Pickhaver set to transition into a new role leading the firm’s infrastructure and energy capital business in the Americas, according to an internal email seen by The Pipeline.

The move will see Pickhaver relocate from Sydney to New York, with previous ANZ co-head Tim Joyce taking over that role solo, as well as overseeing the APAC region for Macquarie Capital overall. Rob Valentine will continue leading Macquarie Capital’s infrastructure and energy advisory activities in the Americas. The move replicates that of Ben Way, group head of Macquarie Asset Management, who is set to relocate to New York this year.

In addition, former Credit Suisse banker Tom Butcher will run infrastructure advisory across the Asia-Pacific region and will be co-head of infrastructure in ANZ alongside Melbourne-based David Porter.

Ivan Varughese continues as head of infrastructure and energy capital across the APAC region, based in Singapore, after starting that role in April this year.

African Infrastructure Investment Fund 4 will invest in “high-impact infrastructure projects across the continent” in renewable energy, digital infrastructure and mobility and logistics. At least 20 percent of the fund will be invested in “climate qualifying projects”, according to a statement from British International Investments. The fund also qualifies under the 2X Challenge, an initiative to mobilise capital towards female empowerment in emerging markets.

AIIF 4’s target size is lower than the $750 million set by its predecessor. When AIIF 3 closed in July 2019 on $320 million, AIIM director Paul Frankish told us the initial target was “aspirational” and had “an element of non-realism”. Perhaps the new $500 million figure is more in line with reality, then. 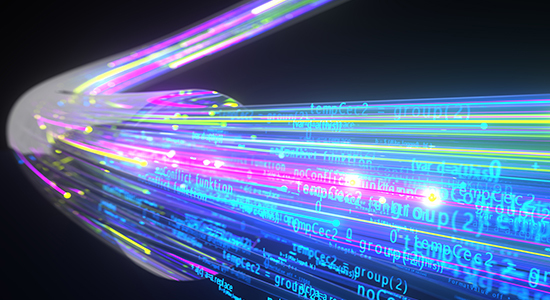 Vauban strengthens fibre presence with Spanish deal
Paris-based Vauban Infrastructure Partners is part of a consortium with Crédit Agricole that is set to partner with Telefónica Group to create a wholesale fibre network operator in Spain.

In a statement highlighting Vauban’s track record in the fibre space – the firm launched the €6 billion Vauban Infra Fibre platform in 2020 – chief executive Gwenola Chambon said Bluevia was “at the core of [the firm’s] strategy of building blue-chip partnership with industrial partners”.

Morrison continues fibre network spree
Also making waves in the Spanish fibre market last week was New Zealand-based Morrison & Co, which acquired a major stake in open access wholesale fibre operator Lyntia Networks for an undisclosed price. It follows from a sale of the company in May by Antin Infrastructure Partners to AXA IM and Swiss Life Asset Management.

The firm acquired a 33.3 percent stake in the business – which operates a network covering more than 43,000km – via its open-end global infrastructure fund, the Morrison & Co Infrastructure Partnership.

The deal is hot on the heels of the firm inking its first US digital infra deal earlier this month with the acquisition of fibre infrastructure provider FiberLight for a reported $1 billion, and also follows its A$3.4 billion ($2.37 billion; €2.33 billion) winning bid – as part of a consortium alongside Brookfield Asset Management – for ASX-listed fibre business Uniti in April.

Not so FiberLight, it now appears, for Morrison.