Tiger agreed to sell HFN to ExteNet Systems for an undisclosed amount, exiting one of the firm’s first investments made through its inaugural, $113.4 million infrastructure fund, Tiger Infrastructure Partners I. The deal is expected to close in the second half of this year, according to a statement.

Tiger did not respond to a request for comment.

“Tiger’s successful partnership with HFN was a good example of our investment strategy: we provided growth capital and the resources of our operating and financial teams to help a young company with superb management build critical infrastructure and scale,” Tiger chief executive Emil Henry said in a statement. “The result was substantial value creation.”

For Tiger, the deal to exit HFN comes as the firm nears the end of fundraising for its sophomore vehicle. Infrastructure Investor reported in January that Tiger had raised $176.5 million, according to regulatory documents. No target was listed on the document for Tiger Infrastructure Partners II, which began raising in January 2017.

Tiger has been investing from its second fund since at least last September, when it purchased its first natural gas-fired generation plant – the 500MW Danskammer Station in New York. The firm has also recently led a £50 million ($66.3 million; €56.3 million) investment in UK-based energy storage firm Battery Energy Storage Solutions. 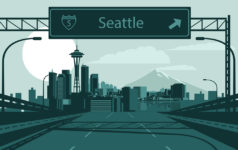 It’s time to revitalise US infrastructure through asset recycling

News & Analysis 4 hours ago
Added to your Saved Articles
Loading
Unsave Article
Please confirm you would like to remove this article from your saved articles.
Share with other subscribers
Only logged in subscribers of this site will be able to access the shared article.