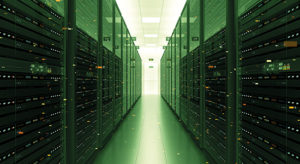 ESR has raised more than $1 billion for the first close of its Asia-Pacific-focused inaugural data centre fund.

Securing commitments globally from institutional investors including pension funds and sovereign wealth funds, the vehicle – known as ESR DC Fund 1 – is aiming for a final close on its $1.5 billion hard-cap. The firm confirmed to Infrastructure Investor that it views ESR DC Fund 1 as an infrastructure fund, despite its long real estate expertise.

Speaking to Infrastructure Investor, ESR data centres chief executive Diarmid Massey said the firm’s decision to establish a fund focused on data centres was a natural evolution of its long history of building logistics centres for new economy providers, such as cloud companies and online retailers across the APAC region.

As part of the firm’s new direction with ESR DC Fund 1, it will look to transition its existing logistics centre assets – totalling 39.8 million square metres of gross floor area around the region – into data centres as well. ESR’s data centre portfolio currently consists of several data centre projects across Asia amounting to a 300MW IT load.

“ESR decided to [start a] data centre fund because of the adjacencies to its existing business,” Massey said. “The skills and the hyper-local nature of [the firm] means we have a lot of expertise in design and construction in these markets, of buildings that don’t look dissimilar from a data centre. It was an obvious move as [the firm is also] interested in looking at how it can change the usage of some of [its] existing logistics centres to be data centres.”

The fund will invest in markets where the firm already operates, including China, Japan, Hong Kong, South Korea, Australia, New Zealand, Singapore, India and Southeast Asia. Of these markets, Massey said the high-growth, Tier 1 markets of Tokyo, Osaka, Seoul and Beijing would be a particular focus initially.

“The outlook in Asia is phenomenal… It’s the fastest growing region in the world for data centre infrastructure, partly because it’s been historically slightly underserved and partly because of the phenomenal growth of mobile users,” Massey added.

“Every two to three years, the amount of data consumed doubles in the world… If you imagine that’s probably migrating to some extent from Western Europe and the US to Asia, as Asian consumers become more diligent [about] what they want, you end up with [a] scenario where the data gravity of the world moves to Asia.

ESR has a track record of managing real estate assets across the APAC region and bills itself as the world’s third-largest real estate investment manager.